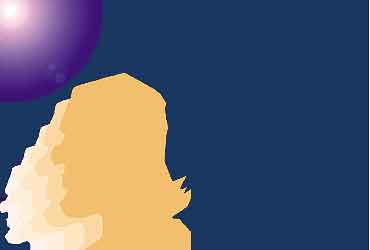 outlookindia.com
-0001-11-30T00:00:00+0553
In the last few days, a silent revolution has rocked the country. A despairing and cynical public that had learned to equate politics with greed, and governance with graft, has witnessed a uniquely selfless act of renunciation by the leading politician of the hour, and the ascension to the office of prime minister of the most squeaky-clean person ever to have strayed into the political arena.

The impact of this revolution is already being felt. The Congress' pre-poll allies have put aside their differences and reservations and backed Sonia Gandhi to the hilt. They did so first to accept her as their prime minister. They did so a second time to accept her choice of Dr Manmohan Singh in her place. This closing of ranks was first visible in the Left's decision to leave the issue of joining the alliance open till it had seen the Common Minimum Programme. It was demonstrated again on Wednesday when the DMK reversed its earlier stand and decided to join the alliance.

The issue of who is an Indian has also been settled, possibly for all time to come. Sonia Gandhi has shown that one does not become an Indian solely by accident of birth. Indianness has to be earned, and constantly nourished. It needs love and commitment, and the strength to put the interests of the country above one's own.

This revolution has also exposed the BJP, not for the first time, as a party that regards democracy as a convenience to be used and discarded as the need arises. It took the party only two days to reject Vajpayee's graceful acceptance of the electorate's verdict and his offer to cooperate with the next government. And launch into a xenophobic campaign against Sonia Gandhi's foreign origins that amounted to a refusal to accept the electorate's verdict. Her self-denial has now left the saffronites without an agenda and highlighted the underlying authoritarianism that drives that party's quest for power.

Sonia Gandhi's unique act has touched India, and specifically Hindu India, at a much deeper level too. This is not without its funky side also: it is perfectly possible that one day, in a remote Himachal or Andhra village, you or I might now come across a Devi temple in which the deity bears a striking resemblance to her. But the full impact of her action will take months, perhaps years, to be felt. For the ideals of selflessness and renunciation that guided her action on Tuesday are embedded in the core of Hindu religion and philosophy. Innumerable texts remind Hindus that the truly good action is one that is taken without any attachment to its fruits. In other words, not only do the ends not justify the means but one should guard against feeling satisfaction even when the results of right actions turn out to be good or desirable. For even that would be born out of a vestigial attachment to the ends.

The ideal of renunciation is equally deeply embedded. Sri Rama willingly gave up his claim to the throne of Ayodhya to enable his father King Dasaratha to honour his promise to his wife. Hindus regard him as the seventh avatar of Vishnu. Buddha was a prince but forsook the throne to give succour to humanity. He is in many quarters taken as the ninth incarnation of Vishnu. Hindus honour—and have come close to worshipping—Mahatma Gandhi because he too forswore his British education and his safe, lucrative career in law, to don a loincloth, live with Harijans and got Indians to earn their freedom. Renunciation underlies the concept of sanyas, ideally the last stage of a Hindu's journey through life. On a more mundane level, the moral authority of Brahmins in Hindu society has stemmed from their austerity and lack of attachment to worldly possessions. While, like other ideals, this too has often been observed in the breach, the stereotype, and the values embedded in it, have survived till very recent times.

Sonia Gandhi told the Congressmen and women assembled in the central hall of Parliament that she was obeying the dictates of her 'inner voice'. This too resonates with a core element of Hindu philosophy and practice, the concept of Dharma. Hindus have no organised church, no one sacred book, and no codified moral law to help them distinguish good from evil, right from wrong, in their daily lives. All they have is their dharma, and the only way they have of knowing what it is, is to heed that inner voice—the voice of their conscience. Needless to say, not everyone knows how to recognise, much less listen to, that inner voice. That accounts for the legions of gurus, true and false, that crowd the horizon in this time of transition.

Thus, in following the dictates of her conscience, Sonia Gandhi, without quite meaning to, renewed faith in, and reinforced, one of the strongest pillars of true Hinduism. In doing so, she also exposed the innate falsity of the intolerant and bigoted pseudo-Hinduism that the Sangh parivar has been propagating to a confused Hindu public for the past two decades.

To sum up, by a single historic action Sonia Gandhi has reminded Hindus of where the true strength of their religion lies. It is in its openness, its inclusiveness, its total acceptance of all religions as being part of humanity's common search for a meaning to life. In short, its search for God. It is ironical, but only fitting, given the nature and current state of Hinduism in our country, that this reminder should come from a Christian.

The Inner Voice Of Sonia