The denotified tribes commission has restarted the quota debate 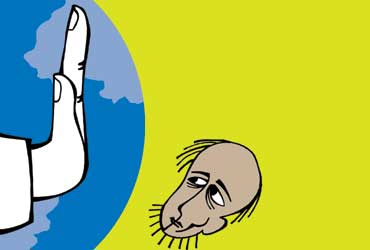 Largely nomadic, they have no address, no land-holdings, no citizenship documents, in fact, no identity proof of the usual sort. As such, they are deprived of voting and other civil and political rights. And without identity papers, they cannot benefit from state welfare schemes. Since they don't count as voters, the establishment feels no pressure to cater to them. The Kalbelias, like Nats, Bazigars, Madaris, Sansis and Kanjars in Rajasthan, who are either nomadic or denotified tribes, are recognised as scheduled caste, but they have not been in a position to derive any benefits from reservations. The Kalbelia-Jogis of western Rajasthan were, however, denied scheduled caste status. They were confused with another Jogi community in the northern part of the state who are considered part of sedentary caste in Hindu society and hence not listed as a scheduled caste. Of course, not that it would have mattered much.

The approximate population in the country of 150 denotified tribes like Pardhi, Baori, Sansi, Berad and Kanjar and 1,500 semi-nomadic or nomadic tribes like Nat, Madari, Bazigar, Sapera, Van Gujjar and Kalandar, is 11 crore. Like the Kalbelias, most of them have a miserable existence. The British denotified tribes and branded them as criminals in the Criminal Tribes Act of 1871. Though the act was repealed in 1952, these tribes continued to suffer from the stigma. Many of the denotified and semi-nomadic and nomadic tribes thereafter became beneficiaries of reservation at various points of time in various states, as either scheduled caste, scheduled tribe or backward caste, but due to their peculiar situation did not benefit much in reality. Over the years, their plight drew attention through the work of activists like Mahasweta Devi and Ganesh Devy and the government finally constituted the National Commission for Denotified, Nomadic and Semi-Nomadic Tribes. Though not all denotified tribes are nomadic and vice versa, the commission recognised a large overlap between the two groups.