A Law To Fumble Through Harmland 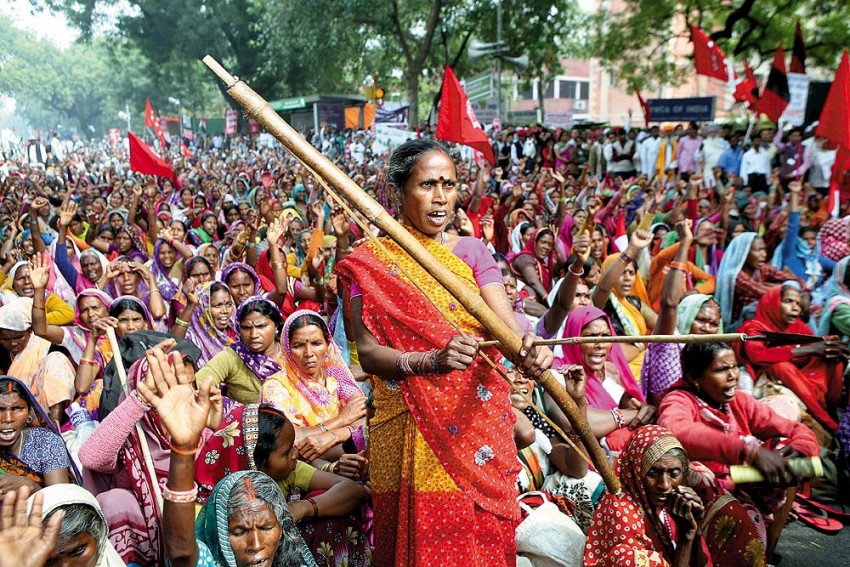 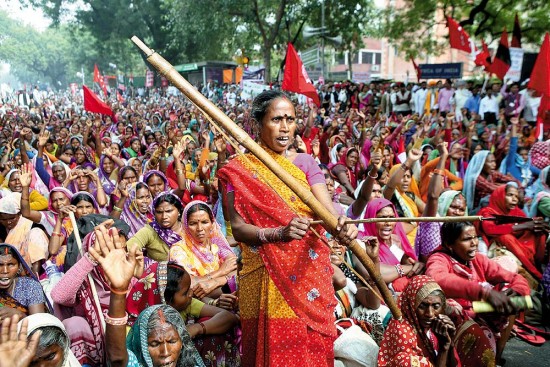 The BJP-sponsored land acquisition amendment was passed in Lok Sabha in a politically polarised environment. Unfortunately, what is seen at play is the usual politics of opportunism and obfuscation over an issue that affects every citizen­—land, its acquisition, its loss. To get a land acquisition law that delivers justice to the land-loser and growth for the ordinary citizen, we must begin with an honest appraisal of past and present.

First, we need a clear understanding of the past. Since no government has ever provided any account of land acquisition after independence, what we know has been put together by activists and researchers: some 50 million acres were acquired, and some 50 million people affected. Those who gave up land got very little in return: for the Hirakud dam project of Orissa, commissioned in 1957, some 1,80,000 acres were acquired, displacing 22,000 families, but the amount paid out was as little as Rs 50-200 per acre. And there was no resettlement or rehabilitation. All sections of society were affected, but those affected most were the Adivasis and Dalits. Whole communities faced wipeouts.

More than 90 per cent of the land converted after independence was used for state projects. Those who lost land and livelihood subsidised India’s development, or more accurately, its winners—that is, the populations that got water, power, roads, factories and jobs. This deeply regressive redistribution system lasted well into the 2000s. The Congress was at the helm of this. No major political party was against it. This was considered “normal”.

Second, we need a clear understanding of the present. Principally, it is necessary to recognise India’s great diversity. To begin with, the states are at very different levels of development and the gaps have been growing. At independence, the richest state had twice the average income of the poorest.  Now, the richer states (Delhi, Goa, Gujarat, Maharashtra) have average incomes four to six times that of the poorest (Bihar, Uttar Pradesh).

On land, there are variations between states in policies, based on taxation practices harking to colonial and even Mughal times and also based on ceiling laws, tenancy laws and tribal ownership laws passed by independent India. As a result, ownership patterns vary vastly: the average landholding in Kerala is half an acre, and in Punjab about 10 acres. Productivity, too, varies: per acre productivity in Punjab, Kerala and Tamil Nadu is two or three times that in Rajasthan, Madhya Pradesh and Bihar.

And most important, there is huge variation in land markets. Land prices have generally quintupled in the last decade, so much so that India now has arguably the highest land prices in the world. In periurban regions around most big cities and in prosperous rural regions in Punjab and Haryana, farmland prices are easily up to Rs 1 crore pre acre. Almost nowhere in the country is it possible to find farmland at less than Rs 5 lakh per acre today. To see this in context, consider the price of farmland in the US state of Kansas: it’s less than $2,000 (Rs 1.2 lakh) per acre. This is what highly productive land should cost if the price were based only on productivity. Therefore, we must conclude that the price of farmland in India is five to 100 times more than can be justified by agricultural productivity. This has serious implications.

The BJP-proposed amendment could bring windfalls to landowners in Periurban areas. But land sharks lurk everywhere.

It is in this context of past injustices and present diversity that the new land acquisition law was created. The first draft was written by eminent activists opposed to unfair land acquisition. The law finally adopted was based on a core concern against injustice, but it was blind to the variation in the history, distribution and price of land. As a result, with the new law, landowners facing acquisition will earn 20 to 400 times the sum of all future earnings from agriculture. Not only that, the “social impact assessment” and “informed consent” elements in the law will add several years to the acquisition process, besides adding massive new transaction and opportunity costs for the end-user. In effect, the unjust system of acquisition of the past has been turned on its head; the new system will end up becoming a large tax on society.

The BJP amendment tries to mitigate this condition by removing the “social impact assessment” and “informed consent” elements in those settings where much future land acquisition is expected to take place. This will significantly lower the transaction and opportunity costs. The implicit assumption is, I believe, that landowners will recognise the windfalls they can earn if their land is acquired and acquiesce to it—quietly, perhaps happily.

Is this assumption correct? Probably.  But we need to be honest about the practicality of land acquisition. The fact is, there are significant information problems that do influence thinking and behaviour. Political actors and land mafias with insider information often get active in land markets before acquisition and reap the prime benefits of high prices. There is widespread corruption and cronyism. Landowners paid Rs 50 lakh per acre—which is a fortune—feel cheated when that land is later sold for Rs 1.5 crore. There are inter-generational conflicts within households—between less educated seniors attac­hed to the land and farming as a tradition and lifestyle and more educated juniors eager to get out of farming and capitalise their land values. There is justifiable mistrust in the government and its officials and genuine doubt about the landowners’ own ability to handle large sums of money judiciously. On top of this is the misinformation, motivated information, and hype being generated by political parties and the media. The “truth” is subjective and hard to grasp.

Consider the Singur story. The West Bengal government had acquired about 1,000 acres there for Tata Motors to build its Nano factory in 2006. It was a giveaway to Tata, but let us look beyond that. The state government had paid about Rs 10 lakh per acre, which was Rs 2-3 lakh less than market price for a portion of the land. Mamata Banerjee used this as a wedge to drive Tata out to Sanand in Gujarat (and later the CPI(M) government from West Bengal). In Sanand, the state provided a package of government-owned and acquired land (at Rs 50 lakh per acre). Today, Sanand is an emerging automobile hub and Singur a desolate landscape of desperate farmers.

If the same Singur acquisition is attempted now, the landowners will be paid in excess of Rs 50 lakh per acre. The additional costs for landless workers and resettlement and rehabilitation will total another Rs 35 lakh per acre. Added to this Rs 85 lakh per acre (70 times the price in Kansas) will be the cost of waiting 4-5 years to complete the acquisition process. Will Singur’s landowners reject this windfall? It seems irrational and unlikely, but what if they do? What will a promoter do when a project fails to get land after 4-5 years?

Can any private project survive these prices, the waiting  and the uncertainty? Probably not. So who will gain if Singur farmers reject the project? Sanand again? Maybe, maybe not.  It could be Kuala Lumpur, or Jakarta, or Shenzhen. The competition for private capital is real and fierce, and in this period of globalisation, it is not limited to India. This is not a zero-sum game. Singur’s loss had real costs for Calcutta and Bengal, and Sanand’s gain created real benefits for Ahmedabad and Gujarat. And if in the future, both lose because of land acquisition, there will be real costs for the country. This is the truth. But who will tell our politicians?

(Sanjoy Chakravorty is author of The Price of Land: Acquisition, Conflict, Consequence.)