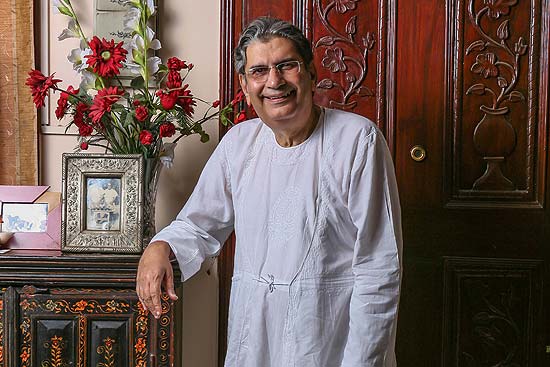 Vinod Mehta achieved a remarkable feat in a career that began just before the leaden age of Girilal Jain and ended in the dissolute epoch of Arnab: he lightened up India’s English-language journalism and simultaneously gave it gravitas.

My own connection with him began nearly 30 years ago. Vinod, then editor of the Sunday Observer, published my brief letter of protest against Anil Dharker’s TV reviews, thrilling my teenaged self beyond measure. My letter contained more adolescent preening than careful thought. I had written it from my dead-end university in Allahabad with the same desperate hope that a stranded man puts with his message in a bottle. Transposed into the Observer’s stylish font, it spoke of a miraculous new possibility.

Years later, Vinod would be at hand again to help redeem it. This time he published, as editor of the Pioneer, my first review-essay. I went on to write many more pieces for him over the next two decades. Typically, Vinod never sought grateful acknowledgment, or even mild concession, for hosting my early experiments in print. When he asked me to contribute to Outlook’s 10th anniversary issue, I res­p­onded with an extended criticism of this magazine. He printed every word, and did not cease to elicit more articles, or to greet me, on the rare occasions we met, with his impish grin and jovial cackle.

His virtues as an editor were primarily those of a vigilant empiricism and a general open-mindedness. He was not as erudite and methodical as Sham Lal, or as rigorous as some editors I have worked with. Nor was he driven in his work by a deep outrage over the routine violence against women, Dalits and religious minorities. His appearances in recent years on television shows were a poorly judged gesture to populism; his contributions as a TV pundit certainly did not stem the coarsening of public life by TRP-addled anchors, instant experts and faux-analysts. An inveterate Anglophile, he could seem too easily impressed by foreign writers and journalists.

Still, he possessed in full measure those crucial editorial instincts for fresh ideas, an ability to assess literary and journalistic merit, and a feeling for style that went with a dislike of cliche and cant. Strong-willed and resolute at one level, he could seem bracingly ego-free in his work. His firm but unpretentious belief that truthful journalism is its own reward made him immune to both saviour complexes and intellectual megalomania; it also saved Outlook from becoming yet another mouthpiece of an aggressively self-serving elite during the years that India appeared to rise and shine and then abruptly fall. Never taken in by the pre-1991 slogans of socialism, Vinod was equally unpersuaded by the promised utopia of neo-liberals and Hindutvawadis, meeting the overblown claims of Delhi, Mumbai and Ahmedabad with a Lakhnawi flaneur’s polite, puncturing scepticism.

Fascinated by political power (he was a keen gossip), he remained personally indifferent to its many temptations, and was contemptuous of journalists who succumbed to them. Many of these were his peers. Indeed, Vinod stood out among them not only because he frequently clashed with corporate and political chieftains (unsurprisingly, only one of the many institutions built by him has survived intact). His integrity is also attested by the divergent trajectories of many other journalists who emerged in the 1970s and 1980s, in the golden age of English-language journalism, from India Today, Indian Express, Sunday, Gentleman, Imprint, Bombay, and the Illustrated Weekly of India, and have spent recent years profitably erasing boundaries between the realms of politics, business and entertainment.

Some of these exponents of access journalism stand unmasked, if not disempowered today. The old landmarks of middle class India have collapsed—Vinod’s passing make us feel this void more deeply—and we no longer know where we are going: a collective disorientation that is merely confirmed when we heed a national saviour’s piper call or expect his Big Bang reforms to illumine our path. Vinod seemed to encourage, in his quasi-retirement from editorial duties, a younger and more credible generation to assume its responsibilities. In fact, India’s English-language journalism, enriched by principled and bold talent, is now moving fitfully towards a Reformation of sorts. Much, of course, needs to be done to challenge the ascendancy of the venal and the mediocre. It is safe to say that in this vital campaign Vinod’s achievement—his blend of lightness and heft—will continue to inspire.

Pankaj Mishra is an author and commentator. His last book was The Great Clamour: Encounters with China and its Neighbours.