A Jewel Finds Its Water

A PPP initiative brings a glow to Jal Mahal. Also many questions. 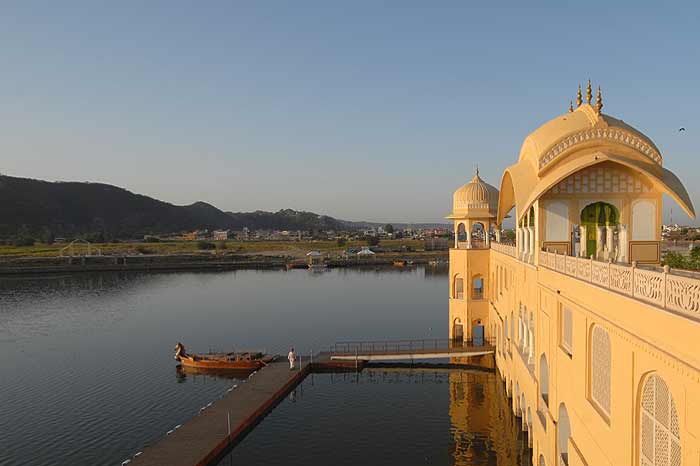 Once again the opening of the controversial Jal Mahal in Jaipur has been put off. After six years and almost Rs 30 crore worth of restoration work, it has been hit by political play-offs, charges of a land scam and several court cases, stalling the first public-private partnership to revive a Rajasthan heritage site. Things came to such a pass last fortnight that the KGK Consortium, one of the partners of Jal Mahal Resorts, the company involved in the renovation and development of the monument, had to bring out full-page ads in national newspapers in order to put forth its stand on the charges levelled against it. The main charge is that rules were violated in giving the contract to the company. With all the hullabaloo, there’s no sign of the monument opening to the public. “They seem to keep getting one court notice after another,” says Bhagwat Gaud, a Jaipur lawyer, who has also filed a public interest litigation, a criminal fir and a writ petition for a CBI probe. Rajeev Lunkad, the project development director, maintains “the controversies are all politically motivated; it was a transparent deal”.

Jal Mahal was built in 1734 by Maharaja Sawai Jai Singh II. It was a pleasure palace for generations of Jaipur’s royals, who hosted duck-hunting parties, picnics, music and dance performances here. It was later handed over to the government. Soon the palace turned into a ruin and the lake was choked with garbage and sewage from Jaipur’s two major drains. “For many years it was abandoned, isolated, inaccessible. We even heard stories of it being haunted,” says Arun Mudgal, a Jaipur resident. And Dharmender Kanwar, head of Intach’s Jaipur chapter, says, “Nobody ever went that side of the town.”