The Bharat Ratna should honour a life’s work. Sachin has to wait. 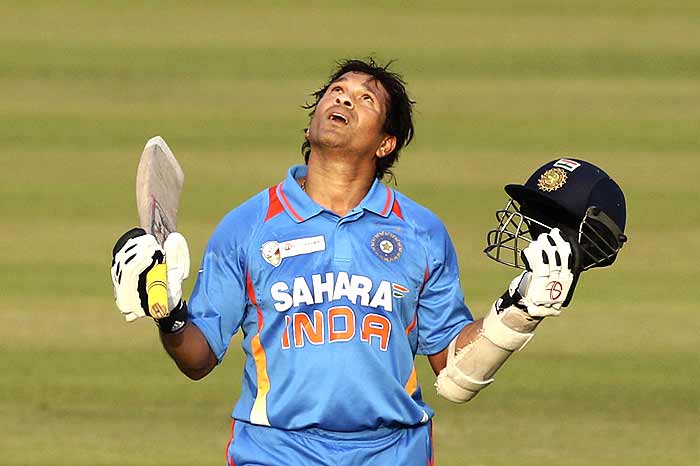 Sachin Tendulkar’s 100th hundred has left Indian cricket—and the man himself—in a state of exhausted relief. Now that it’s done, he will hope his road ahead will be simpler. There’s the IPL over the next two months, all body parts to be kept in sync for the new Indian season. A chance to put the English in their place, the prospect of batting alongside a new No. 3 in Test matches. And ODIs? After the Asia Cup, who knows how many more? That is the way his life is, anyway.

Outside this world is another ecosystem—entities whose interests lie in finding more Tendulkar-centric magnets to keep their wheels greased and moving. Along with fans who dreamt the dream and a media which stamped impatient feet because their pages and packages were ready, an entire industry chewed its finger-nails: brand managers, advertisers, media planners, marketing men, TRP hounds. Coca Cola sat on more than 7 lakh special edition gold cans in the wait from 99 to 100 from their ‘Happiness Ambassador’.

Now? Tendulkar’s career covers two decades, a hundred centuries and a World Cup. What next? All the damn boxes have been ticked. There has been a photo-op with Roger Federer, the chequered flag at the Indian F1 GP, and even a waxwork at Madame Tussaud’s. The Cannes red carpet, seriously, would be idiotic.

Wait. The Tendulkar economy sees one more carrot dangling before it—the Bharat Ratna. India’s highest civilian award is not a branding exercise but don’t be surprised if a ‘movement’ begins soon. It could start with a nightly TV news show insisting that the ‘nation’ wants a Bharat Ratna for Sachin. It is actually what the ceaseless, celebrity-branding whirligig wants. This ‘nation’ here refers primarily to plu chatterati, or to borrow from Amitav Ghosh’s description of India’s public life, “a whirling continuum that seamlessly unites cricket, politics and Bollywood. Each domain leaks into the other and the major figures are all closely linked.”

The political support has been speedy. The Bharat Ratna was previously awarded for “exceptional services in arts, literature, and science and in recognition of public services of the highest order”. That criteria has now been changed to “recognition of exceptional service/performance of the highest order in any field of human endeavour”. Enter sport and cinema, though they already have their own “highest national honours”—the Khel Ratna and the Dadasaheb Phalke award. And the entire ladder of Padma awards. Why’s that not good enough for athletes or movie stars? Because that’s not a good enough award ‘brand’? It’s not ‘exclusive’ enough or ‘limited edition’ or ‘bespoke’? Tell us, fellas.

Opening up the Bharat Ratna to “any field of human endeavour” has only opened the door for silly arguments: should not Viswanathan Anand get it first? Why shouldn’t Dhyan Chand get one? Bachchan over Dilip Kumar? Surely Aamir before Shahrukh? Social workers and scientists will never be able to compete with what Ghosh calls Cripollywood.

The arguments for Tendulkar’s Bharat Ratna come in an emotional flood: look at what he has achieved, has he not served the country, has he not affected the lives of millions, must the Bharat Ratna be the preserve of politicians?

The Bharat Ratna should at least be recognition of a life’s work of excellence and service. Letting the years pass before handing it out is good judgement. Particularly in sport, where careers are far shorter than in art, science, literature or cinema. After they quit sport, though, athletes can either turn into parodies of themselves or redefine themselves. The choice is theirs and Tendulkar is still to make his.

Athletes can be extraordinary even after sport. Imran Khan built Pakistan’s first specialist cancer hospital. Outside politics, he is one of his country’s leading philanthropists. Speed skater Johan Olav Koss, four-time Olympic gold medallist, founded Right to Play, a body that works with under-priviledged children through sport in 20 countries.

Forty-one men and women have received the Bharat Ratna. Perhaps the best way to decide whether Tendulkar should be given the Ratna any time soon, is to look at the most exemplary of the winners. To ask not whether this remarkable cricketer’s achievements are on par with those of Lata Mangeshkar or Rajiv Gandhi. But with Ambedkar, Karve, Ghaffar Khan or Mandela. How can anyone say yes?