A Hurrah For No Complexo

‘The Rio Games is a grand success’, trumpet a few. A divided country begs to differ. 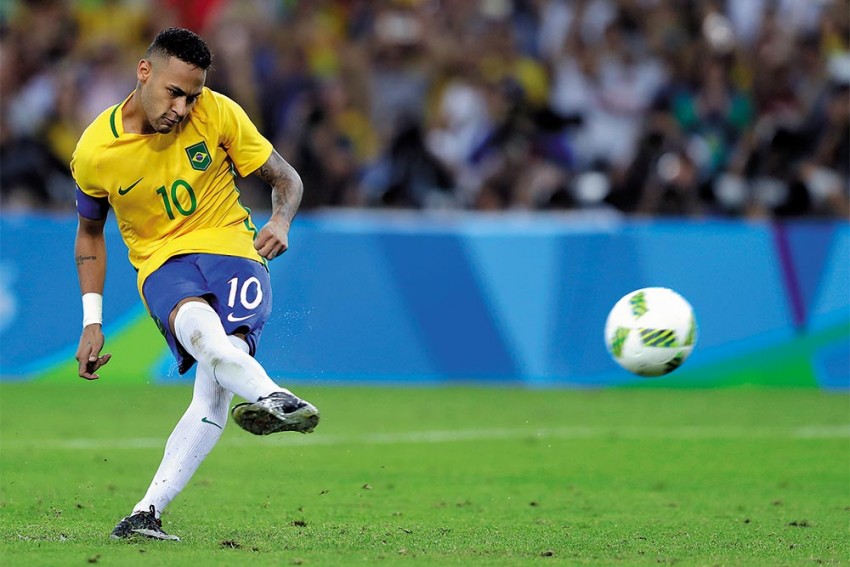 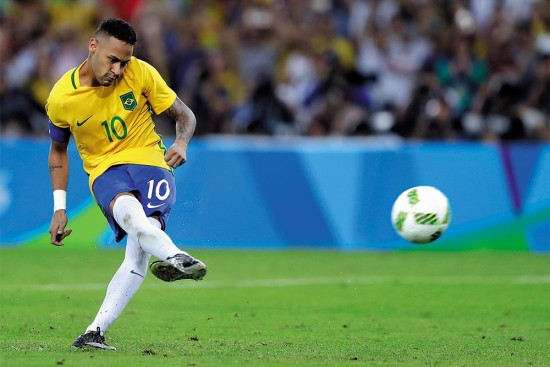 Neymar Jr is no Mario Zagallo. Not yet. But after scoring the winning penalty against Germany in the match for the football gold, Neymar sounded as bruisingly redemptive as Zaga­llo, the legend invo­lved in Brazil’s four World Cup triumphs. “Now they will have to swallow me,” said the Number 10, after a bout of hearty sobbing on the Maracana pitch. This was Neymar’s shot at silencing his—and the Brazilian team’s—critics as he wore gold around his neck. A day later, the president of the Rio 2016 Organising Committee, Carlos Nuzman, too, echoed Zagallo when he asked his critics to “swallow the success” of the event. “It was a tremendous and extraordinary success. The world bowed to Rio,” Nuzman told a group of journalists on August 22, a day after the Games officially closed at the Maracana.

Even before thousands of athletes, officials, journalists and tourists left, the Brazilian establishment is busy patting its own back for its ‘success’ in organising the first-ever Olympics in South America.

The modern Olympics, which started in 1896, still have an amphitheatrical feel to them. Every four years, thousands of athletes congregate in a large city to dazzle the world with their extraordinary abilities. It’s not just the athletes who want to outrun and outjump others, the host city—and the country—too wants to make a leap into a select club of global cities as Olympic hosts. Rio dreamt thus too. But just weeks before the circus arr­ived in town, it seemed Rio faced utter disaster: the Zika virus hit town and scared off athletes, bridges collapsed, ISIS terror cells were a probability and a sudden spike in murders made global headlines foretell doom. 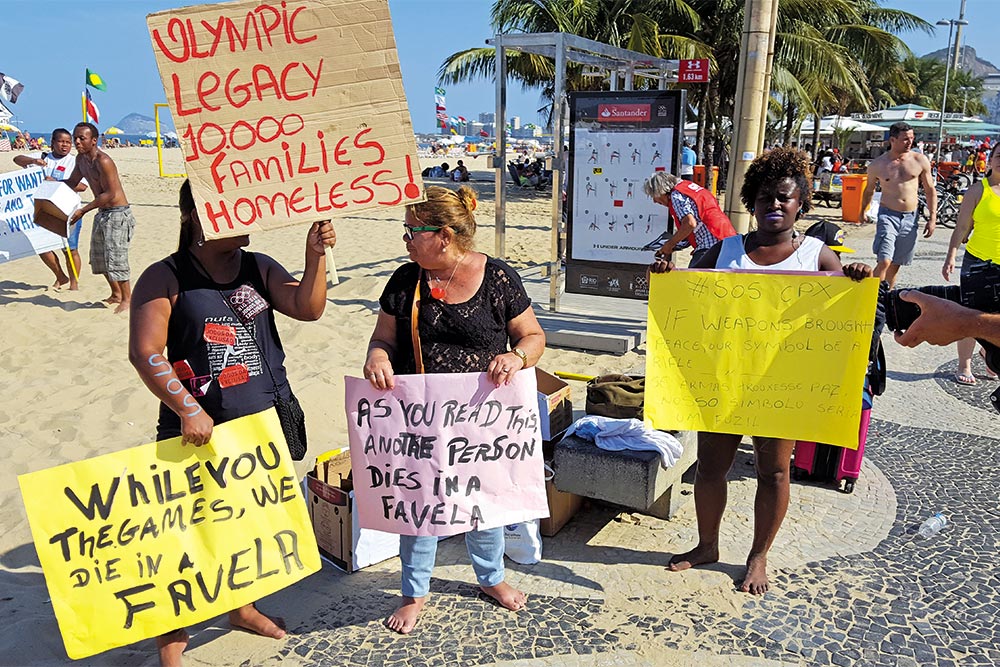 Brazilians protest against the Games in Rio

Now, the circus folds its tents without any major mishap, leaving the establishment to beat its chest with a “we did it” bravado. There are two reasons for this: one external; another internal. Like India, or any other colonised nation, Brazilians too are eager to please outsiders. Locally, this tendency is known as complexo de vira-lata (the mongrel complex). Coined by writer Nelson Rodrigues in the context of the shocking defeat to Uruguay in the 1950 World Cup final, it reflects “the inferiority which arises in Brazilians when they face the rest of the world”. After the successful orgnisation of the 2014 World Cup, then president Dilma Rousseff, now suspended and facing imp­eachment, had said that Brazil “doesn’t suffer from this complex anymore”. But, looking at Nuzman’s self-congratulatory proclamations, it seems Brazil is still in the aspirational stage, crying for acceptance in the league of big nations.

The second reason for such braggadocio is, of course, domestic. A nation div­ided on class and racial lines, Brazil is facing a huge crisis as it looks all set to impeach Rousseff, the country’s first woman president. In the run-up to the Games and during Rio 2016, thousands marched across the country in support of Rousseff and asked the interim president, Michel Temer, to quit. Temer, like several heads of states in the past, tried every trick in the book to use the Games to consolidate his position, but with no success—people here give credit to Rousseff and her predecessor and mentor Lula for bringing the Olympics to Brazil. “It’s the success of Lula and Dilma. We need to shout this at Temer, the coup leader. If today many Brazilians are happy, it must be because of Lula and Dilma,” wrote Renato Rovai, a respected commentator in a column. 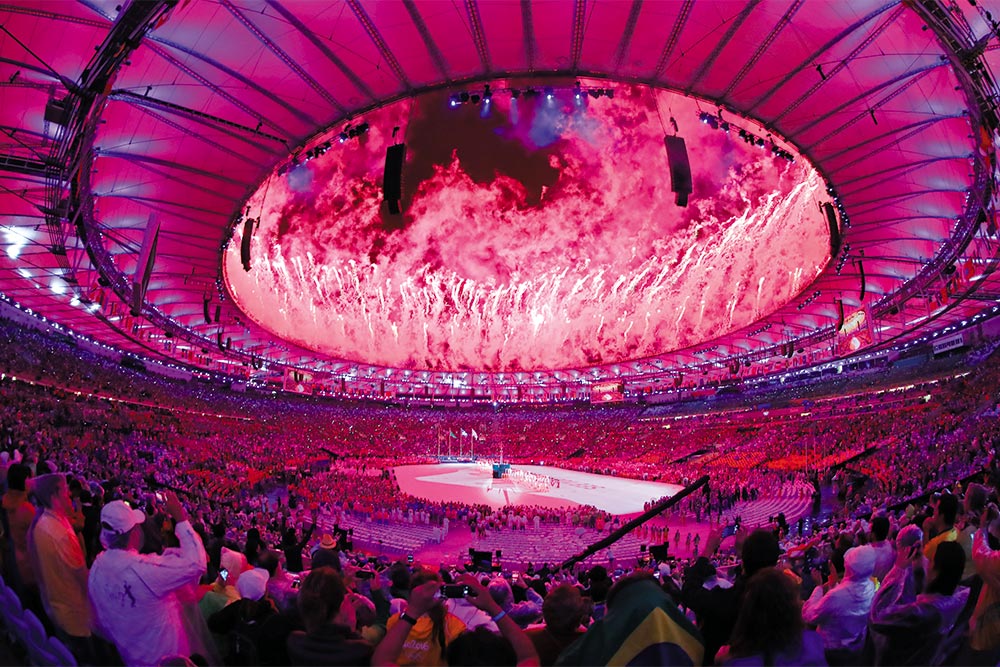 The closing ceremony of the Rio Olympics was spectacular

These divisions within Brazil were most visible at Copacabana beach, where the organising committee planted a huge sculpture of Olympic rings. Even as some stopped by the rings to take selfies, hundreds gathered there every day to protest for diverse reasons: unions took out massive rallies against Temer; favela residents carried placards against their forced evictions; black women raised banners against police violence and activists rallied against privatisation of public services and protested against ‘wasteful’ expenditure on Rio 2016.

Going by cocktail chatter and gossip from IOC meetings, the rich world doesn’t want to host the Games. It’s no longer economically viable.

At US$12 billion, the Rio gig was the most expensive ever. But it did not solve any of Rio’s long-term problems. Also, the current regime’s plan to use the Games as a PR exercise for the outside world fell flat. Barring French president Francois Hollande, no major world leader attended the opening ceremony. “The opening ceremony was a disaster. All big leaders, especially our BRICS partners, kept away. We could not even get our western backers,” says a Brazilian diplomat. “Hollande came because Paris itself is making a bid for the 2024 Olympics and (Japanese prime minister) Shinzo Abe came for the closing ceremony as the host of the next Games. We failed to get the international recognition we wanted.”

The Olympics are truly an unparalleled opportunity for the host country to showcase its soft power. If the chatter at the evening cocktails in the ‘fan houses’ set up by big sporting nations, as well as gossip trickling out of closed IOC meetings are true, the rich world doesn’t want to host the Games anymore. Cities like Boston and Hamburg have already pulled out of the 2024 bid over tax concerns. “Our economy is going flat. We can’t afford to put our citizens under a new tax burden. They won’t accept it. It’s not going to be easy to make the bid,” says a French delegate. “The recent Euro cup witnessed huge protests. If the economy doesn’t improve, it will happen again at the Olympics.” 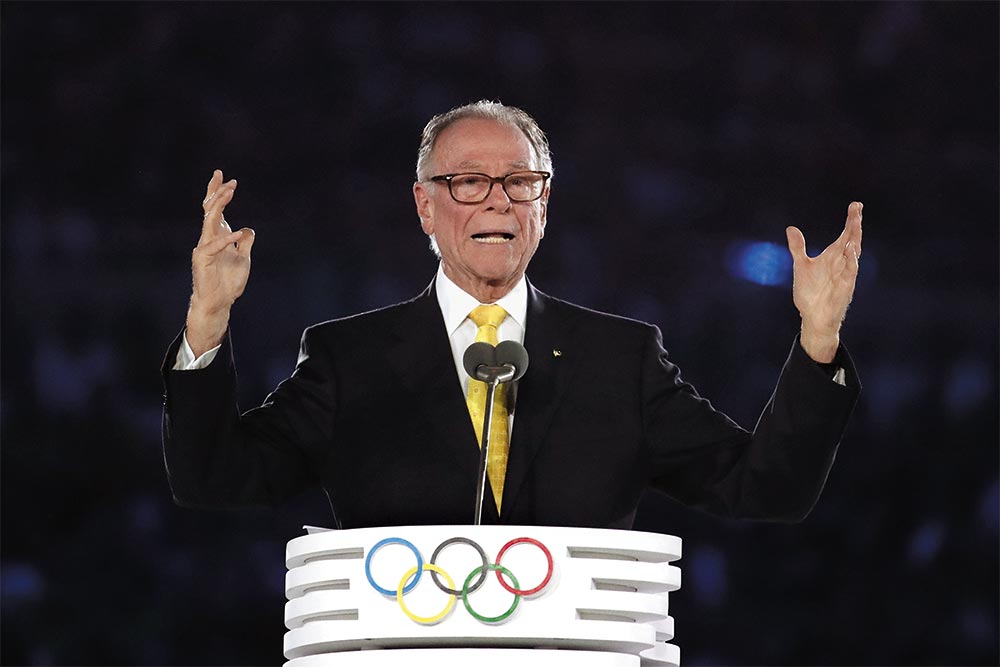 Few would like to admit, but the age of mega-sporting events might be coming to an end. Stagnant economies and growing social unrest could make the developed world turn its back on it. They could pass the burden of organising these Games to countries like India, which is likely to make a bid for 2028 Olympics. But it could learn a lesson from Brazil. The Olympics may give a temporary boost to the country’s self-esteem but they offer no solution to long-term problems. Neymar and Nuzman are bumptiously triumphant, but Rio and Brazil may lick their wounds for a long time to come.