Why did Shourie's disinvesment ministry show indecent haste in selling off the Juhu Centaur to Ajit Kerkar's Tulip for a song? And then, help Tulip raise the money too? 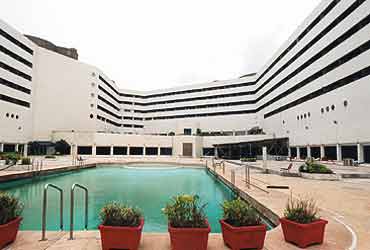 outlookindia.com
-0001-11-30T00:00:00+0553
Dirty little secrets have begun to tumble out of the NDA's cupboard. New facts accessed by Outlook on the disinvestment of the Centaur Hotel Juhu Beach, Mumbai, clearly establish that the sale to Ajit Kerkar's Tulip Hospitality Services Ltd (THSL) was a highly questionable sellout. Not only was the six-acre, 371-room five-star facility sold for a song (Rs 153 crore) but Kerkar was also a member of the board of the subcommittee on disinvestment of Hotel Corporation of India (HCI), a subsidiary of Air India, the original owners of the Centaur. In a manner of speaking, he was both the seller, and later, the buyer of the prime property. (When contacted, Kerkar was unavailable for comment).

Moreover, Outlook has learnt from highly-placed sources that Kerkar (former MD of the Taj group) now wants to hawk the hotel. Ernst and Young has been "mandated by the Tulip Star Hotels Ltd to assist them in divesting equity stake in the company to financial and strategic investors." The Tulip group has denied any move to sell the hotel but the Ernst and Young report submitted in May this year shows their intentions. According to market sources, the price demanded by Tulip for Juhu Centaur is is Rs 350 crore and a French hospitality major, the Accor Group, is reportedly interested. That would mean a cool profit of nearly Rs 200 crore in just two years! An incredible 133% profit for a group whose authorised share capital was a mere Rs 5.05 crore when it bought the hotel.

But it may not be easy going for Kerkar since moves will soon begin in the Congress-led UPA government to re-examine the sale. There is even talk of the termination of the sale agreement. Outlook has acquired detailed minutes of meetings and correspondence to establish that at every stage the disinvestment was dubious. Here's why: