A Hot Tip For Icarus

On whom will the dust of Raj Rajaratnam’s crumbling kingdom settle? 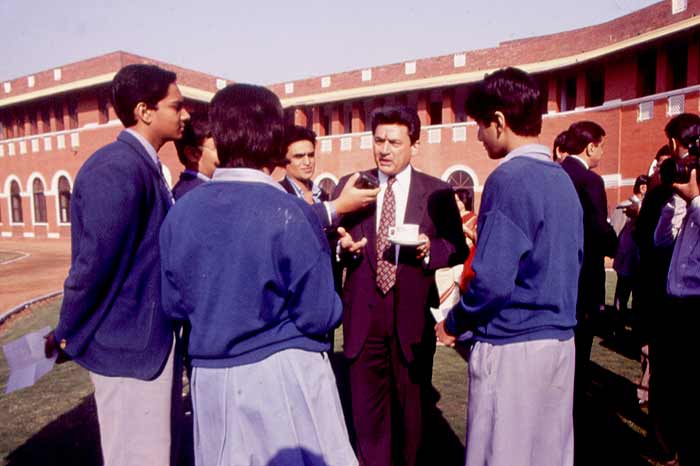 In the end, Raj Rajaratnam convicted himself thanks to his garrulous mouth. After the Colombo-born founder of the Galleon Group of hedge funds was found guilty on all of 14 counts of conspiracy and securities fraud (translation: trading stocks based on insider information), some of the jurors said they were more convinced by the wiretaps presented by the prosecution at the trial than by the verbal evidence given. In tape after tape, Rajaratnam and his web of informants were heard openly exchanging tips and boasting of the inside information they had gathered. Rajaratnam, 53, now faces 20 years in jail.

The Galleon case is the biggest insider trading trial in a quarter-century, and certainly one of the very few to find the defendant guilty of all charges. In his downfall, Rajaratnam has sucked in a number of South Asian executives in US business, leading some to wonder whether there is a flaw in how South Asians have been taught and act.

By far the most prominent person caught up in this web is Rajat K. Gupta, former managing director of McKinsey & Co, the global management consulting firm. The US Securities & Exchange Commission (SEC) in a civil action (which does not attract a jail term) has separately charged Gupta with disclosing inside information to Rajaratnam about two companies on whose boards he served: the Goldman Sachs Group and Procter & Gamble. The SEC claims that the information he received on Goldman enabled Rajaratnam to make profits and avoid losses totalling over $17 million. Gupta denies any wrongdoing.

Rajat Gupta spent his entire working career at McKinsey, learning the corporate secrets of several companies and advising CEOs on strategy. McKinsey’s partners rewarded Gupta by electing him to three successive terms as managing director, from 1994 to 2003. He then stayed on as senior director till 2007. That Gupta should be implicated in an insider trading scheme comes as a huge shock. Secrecy is the creed management consultants live by. If, as the SEC charged, Gupta could betray that trust (albeit after leaving the firm), can clients really trust McKinsey consultants to safeguard their deepest secrets?

The real question, of course, is why people commit such crimes. Looking at Raj Rajaratnam, Bernard Madoff, Enron’s Jeff Skilling, Drexel Burnham Lambert’s Michael Milken and their cohorts, I am struck by how relatively picayune their take was from their respective crimes. These are people who are enormously wealthy, but will make dishonourable, even dishonest, decisions for peanuts. 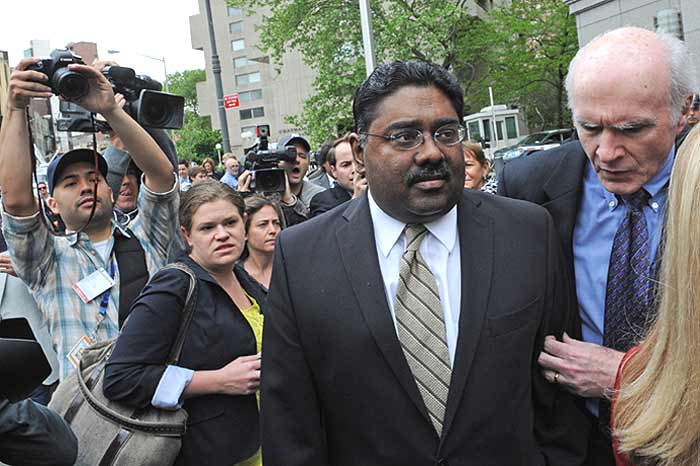 What made Rajaratnam risk all for so little? the thrill of danger, of taking huge chances and getting away with it. And greed above all.

Take Rajaratnam. Here is a man who built a hedge fund empire managing $7 billion and accumulated a personal fortune of $1.3 billion, making him one of the richest men in the world. Yet he risked it all for what the US government claims is $63.8 million in illegal profits. To be sure, that is a huge number to most of us, but do the math. It’s less than one per cent of his funds’ holdings. One possible answer—possibly more true of Rajaratnam, a sports fanatic—is the thrill of danger, of taking big risks and getting away with them. Another is arrogance: a rules-don’t-apply-to-me mentality. The most likely explanation is that in the culture on Wall Street, where power counts for everything and wealth is the greatest measure of success, greed overwhelms risk.

David L. Sokol, an executive at Berkshire Hathaway who was once widely considered the heir apparent to the world’s biggest investor, Warren Buffett, had to resign in disgrace when it was learned that he himself had invested in a company that he then convinced Buffett to buy. Sokol’s profit from the deal? A mere $3 million. At Berkshire Hathaway’s recent annual shareholders’ meeting, Warren Buffett was circumspect about Sokol’s behaviour. His longtime partner, Charlie Munger, however, had a terse, one-word explanation: “Hubris.”

That could well account for all the insider-trading scandals in history. It is not about being Indian or Jewish or an MBA graduate. Anyone will tell you that one key to success, in life or in business, is to network with those you know or whose background you share. There are two million South Asians living in the US. Thousands work in business and investing. Most are not engaged in insider trading or other dishonest practices. The US attorney for the Southern District of New York, who initiated the prosecution of Rajaratnam, is Preet Bharara. He was born in Ferozepur, Punjab, and has made it clear that no illegality is safe from his team’s probing.

Of the roughly 35 people thus far identified as part of Rajaratnam’s web, eight are South Asian. Two of them went to the Wharton School of the University of Pennsylvania with Rajaratnam. So did a hundred or more others, who played no part in feeding him illicit information. Rajat Gupta went to the Harvard Business School. As did I. The chief reason many of my classmates—and Gupta’s—went to Harvard was to build a network of contacts. Gupta gathered information from his clients. As a financial journalist, so do I. Bernard Madoff used the Jewish community to build his $50 billion Ponzi scheme because, being Jewish, he had easier access to it. That’s the way networks work.

Character can be defined as what you do when you can get away with doing anything. To put it simply, people do bad things not because they must, but because they can, and because they believe they are entitled to do so. It goes to the very nature of immorality. None of us is wholly moral, of course. We have all done things of which we are secretly ashamed. But most of us have not destroyed carefully built lives and reputations. We know the line we must not cross to preserve our souls.

According to the SEC, Rajat Gupta did exactly that. One devastating example from the SEC’s civil complaint: on September 23, 2008, Gupta was on a conference call with the Goldman Sachs board, which approved a $5 billion purchase of preferred stock by Berkshire Hathaway at a time when financial institutions were reeling. As soon as the call ended at 3.53 pm—within 16 seconds, according to a report by National Public Radio—Gupta called Rajaratnam “from the same line”, the SEC alleges, to tell him the news. Between 3.56 and 3.57 pm, Rajaratnam’s company bought 175,000 shares of Goldman stock. The stockmarket closed at 4.00 pm and when news of the Berkshire investment was announced at 6.00 pm, the company’s shares skyrocketed. One of Rajaratnam’s funds sold the shares the following day, netting a profit of $900,000. Gupta denies the charge.

Indians have a reputation for being excessively deferential. It is a generalisation, but sometimes Indians bow to wealth and power even when they have both themselves. An 18-minute conversation between Gupta and Rajaratnam that the prosecution introduced into evidence is dispiriting to listen to because of how clearly it comes out that the younger and richer Rajaratnam was the dominant force on the call. Gupta, 62, was deferential both in agreeing with Rajaratnam and asking for his advice and assistance.

Only Rajat Gupta knows what he did. He may never face criminal charges, but the damage done to his reputation is irreparable. Once thought of as the superstar of the consulting world and an iconic symbol of Indian success in the US business world, he has hardened the scepticism many have towards consulting firms and MBAs—and has severely damaged the institutions he has worked so hard to build, including McKinsey itself. It has been said that the soul is seldom sold in one great auction. Instead, it is bartered away in a thousand tiny trades. Whether he is found guilty or not guilty, Rajat Gupta has, sadly, lost his innocence.

(The author is a former assistant managing editor of Forbes Magazine).

The Glint Of A Void