A History Of Violation

The CJI’s comments on rapists, marriage will be misconstrued 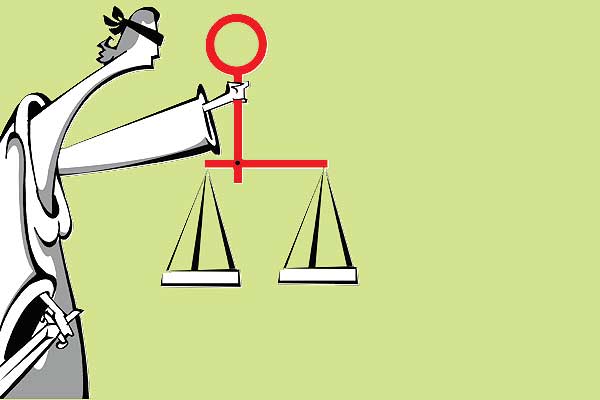 In the course of a speech at a public event on the eve of Women’s Day, Chief Justice of India K.G. Balakrishnan gave voice to his views on the victims of rape. “Due regard must be given to their personal autonomy since in some cases the victim may choose to marry the perpetrator or choose to give birth to a child conceived through forced intercourse,” he said in his address at the National Consultation on Access to Justice, Relief and Rehabilitation of Rape Victims organised by the ministry for women and child development.

The CJI said a lot more than just this but, predictably, it was this remark that attracted the attention of news channels and appeared on the front pages of newspapers. The rest of his address appears to have been entirely unexceptionable and even admirable for its emphasis on issues such as the need to protect women from victimisation and humiliation, the need to provide shelter and employment opportunities, the need to address the long-term mental and emotional consequences of rape. Should we then simply ignore his suggestion that marriage to the perpetrator might be an acceptable conclusion in some cases of rape?

Even if one were to see this as just another example of the media pulling an innocuous statement out of context and putting a sensational spin on it, the CJI’s comment cannot really be ignored. This is because, given his position, his words carry weight even when he is not speaking from the bench, and moreover, these particular remarks are liable to misinterpretation and misuse by those who see women’s rights as a dangerous aberration.

Marriage is routinely prescribed as a cure for rape by parents, caste and community panchayats, family counsellors, the police, the judiciary and others in sundry positions of authority. Marriages between rapists and their prey have been arranged in jails and courtrooms, presided over by judges, police officers, religious leaders and civil servants who are all convinced that they are acting in the best interests not only of the individuals concerned but also of society at large.

The notion that marriage reverses or cancels out rape is embedded in our rape laws. A man cannot be accused of raping his wife even if he has “forced intercourse” with her. Rape is seen as a crime only when the individuals involved are not married and are therefore not authorised by convention to have sex with each other. Marriage between aggressor and victim can therefore accord post facto sanction to rape and render it less of a crime or not a crime at all. Consensual sex can also be criminalised post facto—courts have held that a woman who enters into a sexual relationship with a man in the expectation of marriage can charge him with rape in the event of his refusal to marry her. There is also the assumption that rape involves some degree of consent and participation, conscious or unconscious, on the part of the woman—cases of rape are often dismissed because the woman cannot show physical evidence of having resisted the act, other than the odd bruise or scratch, which are brushed aside as being self-inflicted or merely “signs of passion”. The net effect of such a legal framework is to turn rape into a kind of optical illusion—now you see it, now you don’t.

The CJI’s caution against lawyers and social activists taking “an overtly paternalistic approach when they have to make decisions for the welfare of rape victims” is also open to misinterpretation, and can easily be quoted to support the view that raped women do not necessarily feel violated—that they file cases only because of pressure from activists and, if left to themselves, would opt for the more respectable option of “rehabilitation” through marriage.  Again, this goes back to the assumption that rape cannot happen without the woman’s complicity and is therefore not a crime of the same order as, say, murder.  How else is it possible to think of marriage as an acceptable follow-up to rape?

Women’s movements have always been attacked for demanding rights and justice for women which, it is felt, will destroy the foundations of marriage and the family and open the door to “un-Indian evils” such as homosexuality, extra-marital sex and atheism. Can it really be that the Chief Justice of India is not aware of the dangers of his remarks being appropriated and put to use by those leading this cacophony?

(The author has extensively researched, written and campaigned on the subject of  violence against women.)