A Hero, A Plot, An Escape

The enigma endures. Did Subhas Chandra Bose die in a plane crash in Taiwan in 1945, or not? Inquiring into this, the Mukherjee Commission will table its 'heretical' report soon. Plus, a new biopic brings Netaji centrestage. 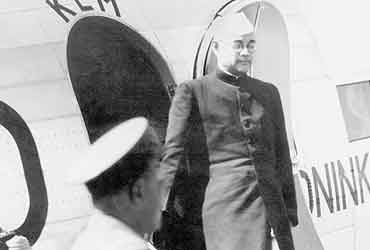 Also See: Alive In The Retelling

When Shyam Benegal's film Netaji Subhas Chandra Bose—The Forgotten Hero opens in theatres this week, viewers all over the world will be asking one question: how...