Scholar or devotee? A schizoid split? Aurobhakts are torn over Peter Heehs. 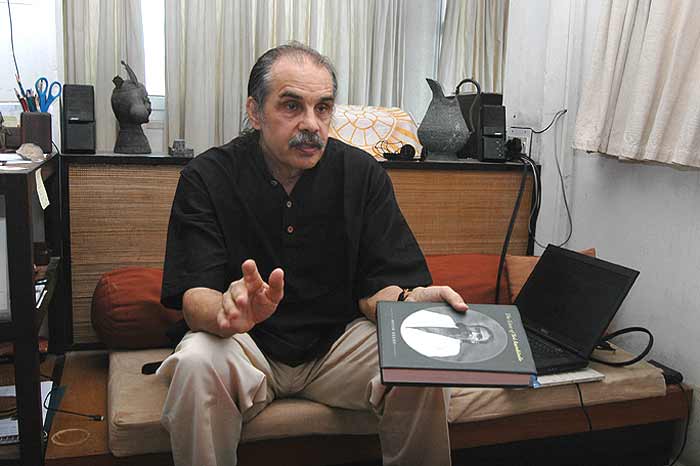 Matters of spirituality demand quiet contemplation in tranquil settings. The Aurobindo Ashram, intended as just such a transcendental commune, is today anything but. All-too-worldly intrigues and base-level controversies have periodically disrupted the peace here over the past few years, and profoundly so in recent months. At the centre of the storm is Peter Heehs, 63, the American historian and author of the controversial The Lives of Sri Aurobindo, who faces expulsion from the ashram, his home of 41 years, if his visa isn’t renewed. A small group of long-term ashram residents (about 1,300 live here on a permanent basis) deem portions of the book “blasphemous”. They have also called for the ouster of the trustees of the Sri Aurobindo Ashram Trust. There’s another faction in the ashram whose “sentiments have been hurt”, but don’t want to see Heehs expelled. Besides the insider camps duking it out, there are public intellectuals and prominent historians who view this case as an infringement on Heehs’s freedom of expression and rail against his being forced out.

Controversy has hounded Heehs ever since his book was brought out in New York in 2008—and proscribed soon after by the Orissa High Court, thus barring its publication in India. Since then, it has served as a pretext for ashramites to undertake a public wash of their dirty linen, attacking both Heehs and the ashram. A small sample of remarks about Heehs: “A scholar of very low calibre”, “a college dropout”, “a taxi driver in New York before coming to Pondicherry”, he “gets royalties and does not pay taxes”. And those are just the mild ones.

Speaking with Outlook, Heehs shrugs off the sniping, claiming his royalties are modest. He pays taxes in the US and donates 75 per cent of his earnings to the ashram. Underneath the surface though, there are valid, fundamental questions about how he could be a part of the ashram and yet write such a book. Kittu Reddy, who with fellow ashramites Sraddalu Ranade, Ananda Reddy, Raman Reddy and Jayanta Bhattacharya, has been marked as a spearhead of the agitation says, “If you have joined an institution voluntarily, it is not fair to criticise it from within. As an outsider, you can write anything.” Prashit Bhattacharjee, a devotee who’s made Pondicherry his home, says, “Sri Aurobindo doesn’t need any individual to interpret or reinterpret his personality and work. Fortunately for humanity, unlike many prophets, he’s extensively written on his work. Hence, what Peter Heehs writes is of no consequence. What will stand the test of time is his (Aurobindo’s) writing and message for the New Age.”

Backers say Heehs is a victim of a climate of religiosity. His naysayers claim he wrote the book to trigger controversy.

For the last two years, Heehs’s travels abroad have been restricted. Where previously his visa had always been renewed for five years en bloc, in the last two years, he has been given only three-month extensions. Then on March 28, he received a missive from the FRRO (Foreigner Regional Registration Officer) telling him his visa would not be renewed and that he would have to leave the country by April 15. Heehs is on the verge of returning to the US. Historians like Romila Thapar and Ramachandra Guha have taken up his cause. Even Union minister Jairam Ramesh (who has, reportedly, read and liked the book) has sought intervention from the prime minister and home minister. Heehs’s supporters say “factional disagreements in Heehs’s hometown” should not receive the state’s implicit support, which is what, they say, will have transpired if the home ministry were to deny him a renewed visa.

The quarrel hinges on three charges: that Heehs allegedly projected Aurobindo as a “schizophrenic”; that he suggested a romantic relationship between the guru and The Mother (Mirra Alfassa, the Frenchwoman who joined Aurobindo in 1920 and succeeded him); and that he “branded the guru a terrorist” for his role in India’s national movement. Despite the ban, pirated editions of Heehs’s book are in circulation. Aurofilio Schiavina, a devotee, has read it and considers it “non-offensive” when viewed in context. The “objectionable” passages have been typed (as opposed to scanned) and are blogged and e-mailed about by detractors that do not give readers the benefit of a contextual projection. 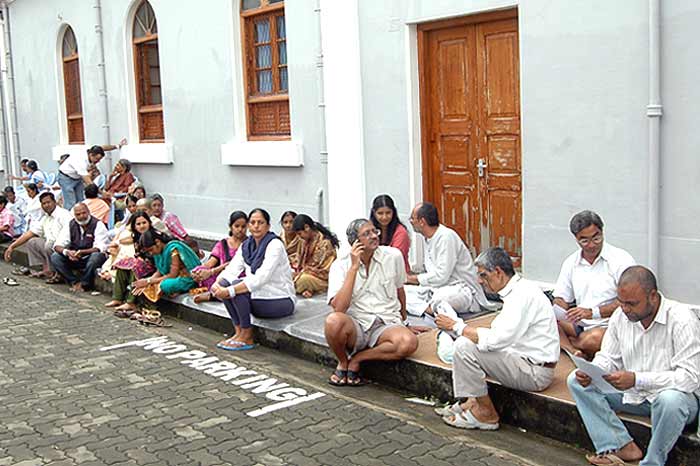 What has really riled devotees is the alleged hinting at a “sexual” relationship between Aurobindo and The Mother. A devotee says, “Westerners cannot think of a relationship between man and woman without a sexual dimension.” Heehs refers to a passage in his book that quotes from an archival record and talks about The Mother holding Aurobindo’s hand and withdrawing it hastily when someone enters the room. “To me, it is modesty, but they think I am saying she is feeling guilty. There was no romance,” says Heehs, adding that both Aurobindo and The Mother “had a divine and a human quality that some see clearly but others refuse to recognise because they feel the two must only be venerated.”

“Certain quarters deal with Aurobindo in a hagiographic way and others believe he should be approached in an academic, rational way. I can’t simultaneously satisfy both a western rational approach and the Indian devotional approach.” As a writer, he adopts the former, saying the book is intended primarily for a ‘western or westernised Indian’ academic audience. “I’m still ready to publish for an Indian audience after rewriting the book to have another approach. I myself have no problem with religion and guru worship. But fundamentally, there has been an intolerance.” When asked if he feels he’s being victimised like Salman Rushdie, Heehs says, “While I don’t compare myself with someone like him, I can see what he and Taslima Nasreen went through.”

He thinks his success has fostered resentment and sees “personal motivation” in the attacks. His backers say the book has become a victim of the prevailing climate of “fundamentalism” and “increasing religiosity”. But the naysayers claim he wrote the book to trigger controversy, and get mileage. “What he has done is guruninda (betrayal of the guru). He should be thrown out,” says an ashramite.

It is an irony that Heehs finds himself pitted against people who lecture, conduct seminars or upload their thoughts about Aurobindo on YouTube. “There’s a hypocrisy there,” says Aurofilio. Arindam Das, who has lived here for 29 years, dismisses the protest as “manufactured” and claims that devotees were brought on trains with the lure of a special darshan and shoved into the agitation. “Some of the signatures on the petition demanding Heehs be thrown out were signed in Bengali, Oriya and Hindi. This means the book, which is in English, could not have been read by them,” he says. His question: “If there was widespread support in Pondicherry, why did they not file cases against Heehs in Pondicherry?”

An insider says Heehs’s book has bothered those who feel they are the rightful inheritors of Aurobindo’s intellectual tradition. Not Heehs, who has written nine books and several articles on him over 40 years. The Ashram trust says it has received many petitions appreciating the book as also those condemning it. In a public statement, the trust says it does not tell followers what to read or not read. Matri Prasad, a trust secretary, says, “Aurobindo was inclusive. The ashram is a haven of peace and will remain so.”

”To me, it is modesty that made The Mother remove her hand. The relationship between Aurobindo and The Mother had a divine and human quality. I am not saying they had a romance.”

Sting In The Tail