A Head For Numbers

A fictional retelling of the life of G.H. Hardy and one of science's great romances: his discovery of Ramanujan 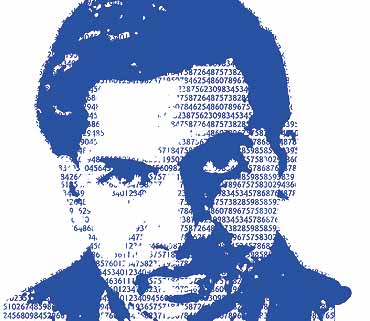 "I beg to introduce myself to you as a clerk in the Accounts Department of the Port Trust Office at Madras on a salary of only 20 pounds per annum," began Ramanujan’s famous first letter to G.H. Hardy, containing pages of mathematical results which were simply astounding. And this from a man in remote Madras without any formal training in mathematics! Thus began the ‘discovery’ of Srinivas Ramanujan, one of the greatest mathematicians of his time.

Born in a poor Brahmin household in Kumbakonam, Ramanujan had an uneventful schooling. The only thing which set him apart was a passion for mathematics. Though his access to mathematical literature was very limited, he arrived at some astounding results, enough to get him a job in the Port Trust. Then, in 1913, he wrote two letters to Hardy, describing some of his work. Hardy, the world’s pre-eminent mathematician at that time, was sufficiently impressed to arrange for his coming to Cambridge. This was the beginning of a relationship which was to last till Ramanujan’s untimely death in 1920. Leavitt’s book is a fictional account of Hardy’s life and his relationship with Ramanujan.

Cambridge was humming with intellectual activity in the years before the Great War. Keynes, the economist; Moore, the philosopher; Hardy and his collaborator, Littlewood; the intellectual giant, Russell, were all Fellows at Cambridge. Many of them were also members of The Apostles, a select, semi-secretive ‘club’ founded in the 1820s. Induction was by invitation and some of the brightest (including Tennyson, Whitehead etc) were members. Many of them later formed the Bloomsbury group.

Leavitt captures Cambridge of that time very well—the bizarre and arcane induction rituals of the Apostles, the petty rivalries and, interestingly, the underlying current of homosexuality among...