A Haiku On Wheels 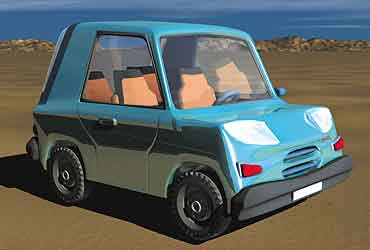 So, the 800 (around Rs 2 lakh) continued to be the preferred choice for first-time buyers. But exactly 20 years after its first sighting on Indian roads, its stranglehold over the small, entry-level segment is coming under attack once again. Yet again, carmakers are trying to launch new models that will fight the 800 on price. At the forefront—no surprises here—is Tata Motors, which has been talking about a project that now sounds incredible, to bring out a car that will retail for as low as Rs 1 lakh. The noise started at the Frankfurt Motors Show earlier this year when Ratan Tata talked about his dream of making a $2,000 car. Explains a Tata insider: "One day someone has to crack the 800 equation. If anyone can do it, we can."

In contrast, Toyota Kirloskar Motors is keeping its lips sealed on its small car that's in the works. The model will most likely be based on the same platform as the Yaris, Toyota's better selling product in Europe. Then there is General Motors which has acquired Daewoo Motors globally (but not in India). Even as its Indian management fights shy of talking about new products, General Motors president (Asia Pacific) Frederick A. Henderson was more expansive at last month's Tokyo Motor Show: "In India, we haven't been as aggressive as the others because our portfolio was limited. Now (after the Daewoo deal) we have a broader portfolio. It will help us in India."