A Grand City In Moonlight

Shahjahanabad, once among the world’s glories, is seen as a chaotic sore. Liddle attempts an image reversal through a historical retelling of its urban culture. 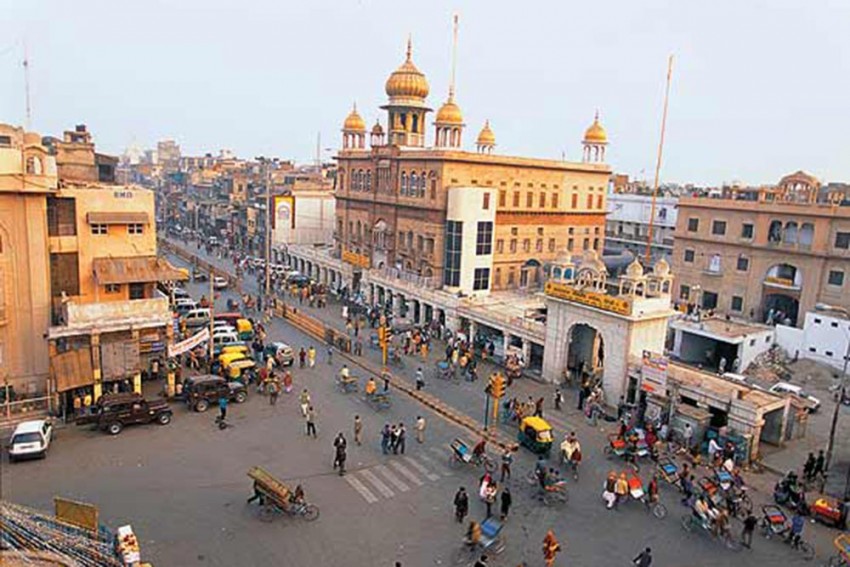 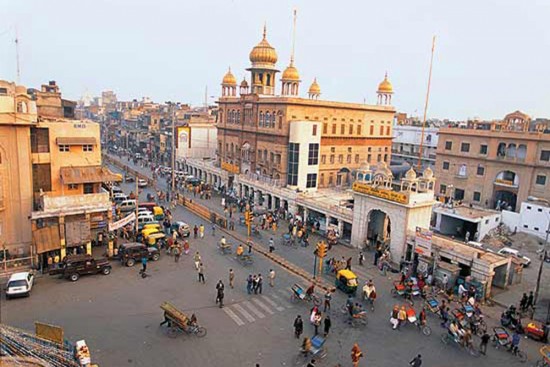 The geographic location of Delhi, bound within the triangular area between a spur of the Arav­al­lis known as the Ridge, and the river Yamuna, has possessed an aura as the pre-eminent site for capital cities, prompting rulers to build capitals here for millennia—from the mythic Indraprastha, medieval Rajput kingdoms and the sultanates that followed. More remarkably, in the last 350 years, two powerful empires, the Mughal and the British, decided to shift their capitals to this triangle of land and build new capital cities as powerful, awe-inspiring symbols.

Shahjahanabad, the imperial city built by Shah Jahan in the 17th century, is extr­­aordinary by any measure. But this historic legacy is purposefully omitted not only in the imagination of contemporary residents of Delhi, but also in the manner in which planners, administrators and politicians deal with it. It is still a living city, but this remarkable narrative of urban resilience is sought to be erased in the quest to ‘modernise’ the city and the­reby address a pervasive, though qui­xotic, perception of the country’s place on the high table of advanced nations. Such hub­ristic urban policy intentions have res­ulted in a profound misreading of the city’s past and its potential role in determining the nature of its future.

The historic legacy of old Delhi is intentionally omitted in the imagination of residents of New Delhi and in the manner in which planners, administrators and politicians deal with it.

Shahjahanabad was once considered one of the world’s great cities. Today, the Delhi Development Authority considers it a slum. There are, however, significant efforts by concerned interlocutors to mitigate the debilitating consequences of urban amnesia. I consider this book as one of them. Swapna Liddle is a noted historian who has devoted herself to the study of the city’s history and, more importantly, familiarising citizens with the results of her labours not only in print but also by communicating her passion to them through conducting heritage walks in historic neighbourhoods.

In the recent past, there have been several books on particular aspects of Delhi’s history­—like its monumental buildings or its traditional havelis, as  well as specific periods, like the Sultanate period, 1857 and its aftermath, or its contemporary, post-Independence avatar. Some have been scholarly treatises, others coffee-­table books. Liddle attempts to present an accessible but holistic history of Shah­j­a­hanabad without compromising on rigour. Shahjahanabad, or Cha­ndni Chowk as it is referred to in common parlance, is a much misunderstood city. People are fascinated by its tra­­ditional urbanity, inc­luding the variety of foods available in its bazaars and the exotic, specialised markets catering to the daily and ritual needs of society, but are equally repulsed by its congestion and chaos, poverty and decrepitude. Lost in translation between these polar constructs is the deep structure of urban civ­ilisation it represents. This book does much to throw light on the complex attributes of the city and communicate its ethos.

The narrative is presented chronologically, and divided into seven chapters. It begins with the conception of the city in 1639 and one learns of the hands-on role of the emperor in its design. The heyday of Shahajanabad is described,  along with how the cosmopolitanism of its polity and the syncreticism of its cul­ture bec­ame embedded into the morphology of the city. This lasted only till shortly after the death of Aurangzeb in 1707, after which the fortunes of the city declined, along with the steady break-up of the empire. It continued to be an important economic centre even after the total decline of the Mughal empire. Shah­jahanabad was besieged by the Marathas and finally sacked by Nadir Shah in 1739. Its wealth even then can be imagined by the fact that the looters took away over half a billion rupees worth of treasure, including the fabled Kohinoor diamond and the Peacock Throne. The city recovered. The East India Company’s administration and the Revolt of 1857 further transformed the city, which continued to evolve and grow into the 20th century—Lutyens’ New Delhi and the post-1947 spread. The major events in the life of the city are, of course, familiar to many but Liddle’s narrative leavens it with the equally fascinating evolution of the city’s culture and institutions, language and the role of poetry in defining the nature of urbanity that memorialises Delhi and its residents. The original Dilliwala, after all, is still considered a class apart.

The futures of cities like Shah­jahanabad are contested. In such contestations lies the nature of urban India. Books like the one being reviewed can help tilt the balance towards a more enlightened understanding of our past and how it can mediate with the city of the future.