A Genealogy Of Knickers

Meticulously connects the aggressive actions of the Sangh parivar with the thoughts of four angry men but barely looks at other, more sinister connections. 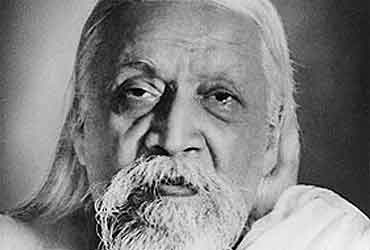 Hindutva: Exploring The Idea Of Hindu Nationalism
By Jyotirmaya Sharma
Penguin Viking India Rs 350; Pages: 204
This is a clear and concise exploration of the writings of Dayanand Saraswati, Aurobindo, Vivekananda and Savarkar, who articulated the notion that "the Hindu nation had to be founded on racial and doctrinal unity". To admit to variations within the Hindu faith was seen as a sign of weakness.

Sharma cogently traces the virulence of present-day Hindutva politics to the feverish exhortations of the four figures who constructed Hinduism as the mother superior of all other, lesser religions. They were also perversely obsessed with the Muslim and Christian faiths. Sharma’s explorations leave one with the impression that they were the ideological fathers of Hindu separatism rather than Hindu nationalism. They sought to separate Hindus from the grand concept of a Mother India with its glorious mingling of religious, racial traditions.

The study also meticulously connects the aggressive actions of the Sangh parivar with the thoughts of the four angry men but barely looks at other, more sinister connections.

Recent research at the Foreign Office archives in Rome has established beyond doubt that important Sangh parivar organisers had direct links with the Italian fascist regime in the 1920s and 1930s. B.S. Moonje, a key figure with ties to both the rss and the Hindu Mahasabha, toured Italy in 1931 with the express purpose of learning about fascist organisational methods. He took a particular interest in visiting fascist military schools for boys. Moonje had an audience with Mussolini at the Palazzo Venezia in Rome on March 19, 1931, and fawningly told him, "I just saw this morning and afternoon the Ballila and the Fascist organisations and I was much impressed.... I have already started an organisation of my own, conceived independently with similar objectives." The pleased Italian dictator replied, "Thanks, but yours is an uphill task. However, I wish you every success in return."