A Gateway To Reclaim

The BJP pulls no punches in Karnataka, where the Congress cannot afford to lose 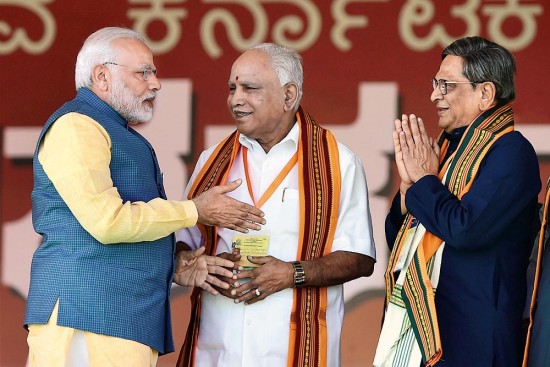 If there were any doubts that the forthcoming Karnataka assembly polls were going to be a rancorous affair, those were put to rest this week with some freshly minted phra­ses—“ease of doing murder” and “10 per cent commission sarkar”— entering the election glossary. It was PM Narendra Modi flagging off his party’s campaign for the southern state ruled by a combative Congress. It’s a key election for both the rival parties—the Congress cannot afford to be Karnataka-mukt and the BJP wouldn’t want to be saddled with a defeat at this point.

“Winning Karnataka is very crucial for 2019 as losing here would raise the pressure in three states,” says a BJP functionary, referring to the year-end polls in...