India's batting, our bowling. It's sure to get 'interesting' on the field. 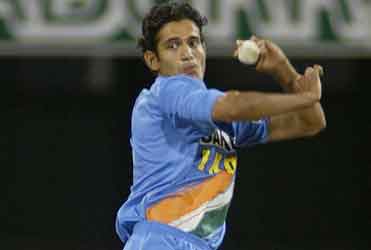 This time around, captain Saurav Ganguly has 5-6 very talented batsmen who are very high on confidence. Tendulkar, Dravid and Ganguly have already proved themselves, but with the emergence of V.V.S. Laxman and Virender Sehwag the batting would look threatening on any surface. Laxman is a player I enjoy watching and his strokeplay in Australia was absolutely magnificent. He has the ability to turn a game around, which makes him a very dangerous customer for us. In the one-dayers, I also rate Yuvraj Singh as a special talent.

The Indian bowling though is a little inexperienced at present. Their strike bowler Irfan Pathan is young and talented but, no offence, I think there are many bowlers in Pakistan of equal talent who wouldn't get a chance at this level. In my book, a good bowling line-up is one that goes out to defend a total of 400 and gets the opposition out twice for within or around that total. A bowling line-up that allows the opposition to almost touch 500 while defending 700 certainly has problems. The inability to convert a mammoth total to a winning one suggests the bowling is not clicking. In Sydney, India had their best line-up in action, but in Pakistan they'll be without experienced campaigners Anil Kumble and Zaheer Khan, so Ganguly has his work cut out.