A Fall Into Sear And Yellow Leaf

The Babasaheb Ambedkar memorial in Delhi has seen better days. Political will can ensure that it sees them once again. 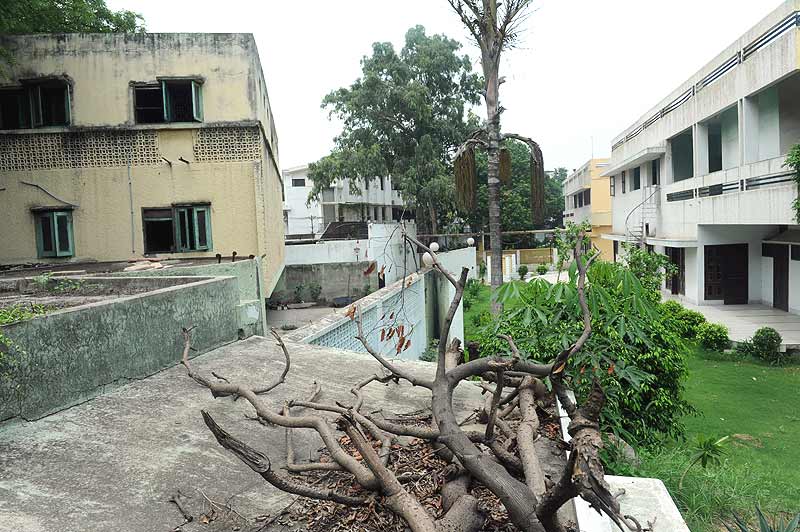 The untended grounds of 26, Alipur Road, in New Delhi’s upscale Civil Lines neighbourhood, give a telling foretaste of the overall neglect of the building. It’s hard to believe that this is the Dr Ambedkar National Memorial, where the man spent his twilight years and breathed his last. The visitor’s book here reveals more than the walls themselves—scribbled in by the few visitors it receives, some all the way from Maharashtra, Haryana, Gujarat, are urgent requests, not only for a ‘better’ memorial, but for basic amenities like fans, lights and some ventilation. One of the scant names in the log is Ramesh Sabharwal, an Ambedkarite who visited from Sonepat, Haryana, just last month. “I have visited the memorial a few times before and I spend a lot of time reading Ambedkar’s books at the library. But this time, I found it hard to bear the heat, with no fans and no drinking water. This is hardly what I expected at a place of such historical importance,” he says. Other guests complain that while the memorial has its highlights—in particular, a collection of rare photographs of the leader is on display in the bedroom-turned-photo gallery—even those are not without jarring incongruencies: of what use are pictures without accompanying captions? The day we visit, the helpful security guards—the only sign of life at the memorial—usher us in, saying, “We get very few guests here, so many of the rooms remain closed.”

But for those familiar with the goings-on related to the memorial—and it’s a list that includes both officials and Ambedkarites—the sorry state of affairs will come as no surprise. The fate of 26, Alipur Road, has been stuck in a state of limbo for more than a decade. After Ambedkar passed away on December 6, 1956, ownership passed on from the Raja of Sirohi (Ambedkar was his tenant) to the Jindal family. The Jindals demolished the original building and built their residence there— few at the time had imagined the political import the site would gain decades after Ambedkar’s death. It was at his birth centenary in 1991 that the demand to acquire the house in which he had lived his last days gained momentum. A full decade later, under the then NDA government, the bungalow was bought from the Jindals and the memorial inaugurated in 2003. “The memorial should have been completed by now. The land was acquired nearly a decade ago, and there were funds to develop it well. Whatever development took place, it happened when the NDA was in power at the Centre. But for the last eight years, with the UPA in power, not much has happened in the right direction. The intent to complete it is clearly missing,” says Ambedkar’s grandson and politician Prakash Yashwant Ambedkar. Says a senior bureaucrat who didn’t want to be named, “What followed the acquisition was a less than enthusiastic movement to see it turned into a worthy memorial. The momentum created by Ambedkar’s followers earlier had weakened.”