A Distant Source Of Light 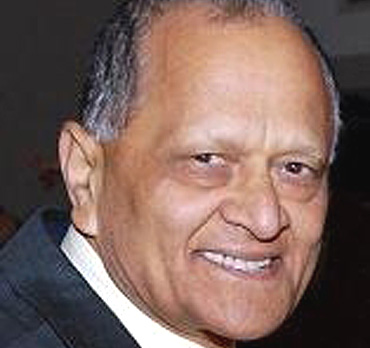 outlookindia.com
-0001-11-30T00:00:00+0553
Twenty-five years ago, in September 1983, prime minister Indira Gandhi, while on a state visit to the US, had to face a vociferous group of Dalit immigrants in front of the White House protesting against atrocities on their kin back home. The protesters hailed from all corners of America, and leading a sizeable contingent from California was Lahori Ram, a businessman.

Lahori Ram, 64, passed away nine days before he could see a coloured man do what none before him had. As one who had come half way around the world, fleeing discrimination, only to encounter prejudices of another kind, Ram would have truly understood the scale and import of Barack Obama's ascension.

The travails and triumphs of the Dalit diaspora is hardly the script that resonates from Pravasi Bharatiya Sammelans, but Ram was an emblem of the sweat and smarts that we otherwise seek and salute. In 1972, he landed in America with only $380 (approximately Rs 16,000) in his pocket, yet 37 years later, he wore the informal mantle of the other world's richest Dalit lightly.

The great Indian diaspora, all 20 million, carries a special legacy that is unique only to India—caste. Early immigrants fervently retained their caste and religious identities even in their new land. Amid the hostile environs, it was sheer hard work that enabled Ram to overcome the 'double discrimination'.

His early life in Punjab was strewn with insults. Caste segregation was widely prevalent and he faced discrimination in his village, school and college. Caste even infiltrated the gurudwara langar. Untouchables were prohibited from entering the kitchen and were not even allowed to serve. In common dining areas, they were huddled separately.

Young Ram did not allow this to deter him. As a 28-year-old graduate in America, he worked as a farm hand in the summer, saving his 75 cents-an-hour earnings to support his Masters degree in California. Between 1976 and 1994, he worked at various levels at the US Postal Service branch at the San Francisco International airport, toiling an average of 55-60 hours a week.

But Ram did not lose sight of the opportunities. He bought his first home in 1979 and sold it in 1983 to purchase the first of the several apartment buildings he owned. By 2003, Lahori Ram's empire covered more than a hundred apartments in San Francisco. He also rose as a towering political leader, yet was not swayed by his glories.

Ram emerged as a leading Dalit activist. To counter discrimination from among the diaspora in the US, he established the Guru Ravidass Sabha Temple in Pittsburgh, California, in 1981. These sabhas became platforms for Dalit assertion over the Sikh dominance in the Punjab diaspora. The traditional Sikhs refused to recognise the Bhakti saint as a guru in Sikh parlance, even though the Guru Granth Sahib consists of hymns of Sant Ravidass.

In 2006, Ram co-chaired the Dalit Centennial at Vancouver which celebrated the centenary of Dalit arrival in Canada. But he was a true 'Indian' leader, exhorting members of the community to involve themselves in mainstream American life through his talks on Hindu platforms, gurudwaras and the Ravidass Sabhas. He rallied Indians to bring in political recognition to the Indo-American community in California.

Ram was a Democrat, he supported their electoral campaigns and rubbed shoulders with the likes of Bill Clinton. His business acumen and leadership were acknowledged the world over. He was appointed to various trade bodies and was the first Indian-American to be made member of the all-powerful California State Commission for Economic Development in 2003. By then, he was already the president of the Indian National Congress of America and hosted many visiting Indian leaders. He also organised the Indian community in support of Democrats in the 2008 presidential campaign.

Ram breathed his last on January 11, while on a Justice for NRIs Campaign in Vancouver. The San Francisco Chronicle described it as the "sudden and unexpected passing of a senior leader of the Indian community". Lahori Ram told the San Francisco Examiner in 2003: "We became millionaires not by being lazy. All that we have is earned by hard work showing the path of prosperity and success to millions of diaspora."

The struggles that Dalits endure within the Indian diaspora is a tale seldom acknowledged. Lahori Ram, the blazing light of the Dalit movement, will continue to brighten the weary path of multitudes who toil amid adversity.

(The author is an IAS officer.)