A Dissonance In Saraswati’s Divine Veena 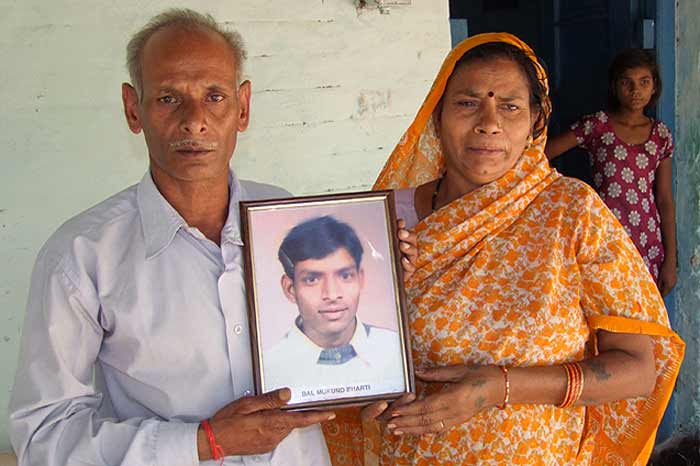 There are no happy endings in this tale, only tragedy. A series of heartrending stories have shone the spotlight on the plight of Dalit students in some of India’s premium educational institutions. According to a recent report prepared by Insight Foundation, around 18 students belonging to the scheduled caste scheduled tribe (SC/ST) and other backward classes (OBCs) have committed suicide in institutes of higher learning across the country in the past four years. Senthil Kumar’s parents are agricultural labourers and constantly on the move, managing to barely eke out a semi-decent living. Theirs was a life grounded in hope. Hope that their son will do them proud by becoming the first person from their village to obtain a PhD after completing his doctoral dissertation in physics from Hyderabad Central University. But even that flicker of a hope was abruptly extinguished when Senthil took his own life in 2008—unable, allegedly, to bear the discrimination that was meted out to him at the university.

Faculty members, students and members of the Dalit Solidarity group—S. Anand, Ravi Kumar and Suneetha Achyut—brought the matter to the attention of the authorities. Subsequently, a fact-finding committee was formed to conduct an inquiry. Its findings pointed to a lack of sensitivity on part of the institute. The inquiry’s report states: “Inconsistency and subjectivity in the standards applied for coursework and for allocation of supervisors in the 2006 batch led to an understandable perception that has gained among the SC/ST students in the school of physics, that they are being discriminated against on the basis of their caste.”

Suneetha, who was actively involved in mobilising the students to attract the attention of the authorities, doesn’t mince words: “The fact-finding committee clearly mentioned in its report that inconsistency and subjectivity in the standards led to an understandable perception among the Dalit students that they are being discriminated against. Now, we believe the hint alone is enough, but if they’re bent on overlooking it, then no one can actually be of any help.”

Suneetha says Senthil’s parents are still in a state of shock. They have received some compensation from the university—after the intervention of the activists. In that, they’re one of the lucky ones. The larger point that the activists are looking to make is that there are cases where the parents have no idea that they can do something to get justice if their ward meets with a similar fate. “The bigger issue is that the authorities responsible are yet to even acknowledge that there is a problem. Looking for solutions comes after,” says Suneetha.

Professor Vinod Parvala of Hyderabad Central University chaired the inquiry into Senthil’s death. Speaking to Outlook, he says: “There is a need for social sensitivity, for sure. Even in our fact-finding report, we have pointed out some issues. The university’s faculty is a class apart as far as their respective subjects are concerned, but they have no idea about the changes that’ve taken place in society. So they need to be sensitised.” He adds that while some steps have been taken, there’s more that needs doing. “The university has already issued some guidelines, but the age-old divides will only truly disappear once the thought process has been changed.” 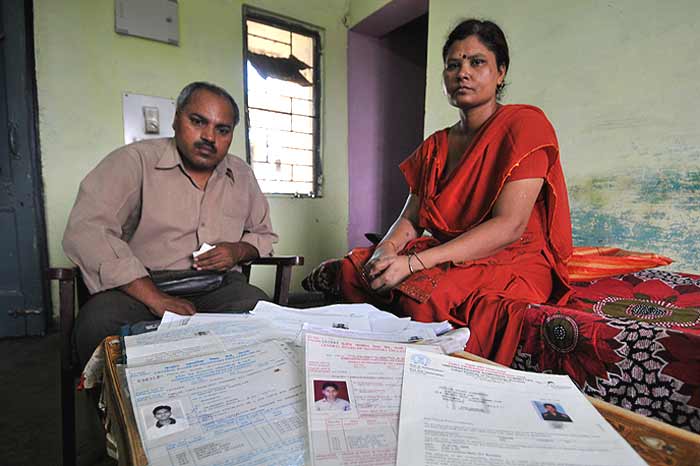 In a more recent case, Manish Kumar, a student of IIT-Roorkee, reportedly faced a similar situation. The third-year student allegedly could not cope with being the butt of both the faculty’s and the students’ constant taunts and belittlement. He committed suicide in February 2011. “From day one, they made him feel inferior and attempted to convince him that he was unfit to be a student at such a premier institute. The students used to tell him that he should leave the institute and go somewhere else because he had a lower IQ,” says Rajendra Kumar, Manish’s father.

“Institutions have to form social environs within which their dalit students don’t feel alienated from the other students.”
Narendra Jhadav, Member, Planning Commission

“We had taken the matter up with the warden and the college assured us that proper action would be taken. The warden knows the names of the students who had troubled him (Manish),” he says. Frustrated with the lack of interest and action taken by IIT-Roorkee, Kumar filed a FIR with the Roorkee police. And even that hasn’t been easy—the apathy shown by the police in registering a case forced him to go to court. Only after the court’s intervention did the FIR get registered. However, there has been no progress in the investigation.

And then there’s the story of Bal Mukund, a third-year All India Institute of Medical Sciences (AIIMS) student from the Sagar district of Madhya Pradesh, who committed suicide in March 2010 after allegedly being a constant victim of the biases of the AIIMS faculty. He told his parents about the alleged discrimination and filed a complaint with the authorities in Delhi—there’s no record of such a complaint. His father had sold his ancestral land to finance his son’s studies. After Bal Mukund’s death, his family has been left devastated and debt-ridden.

“The authorities claimed he was depressed. I want to know why (they made this contention). He wanted to study medicine and had gotten admitted into AIIMS. He was extremely happy and had been doing well in his initial years. What had happened to him, all of a sudden, that he felt he had to take this extreme step? We are shattered. I want the CBI to investigate the matter,” says Gulab Chand Ahirwal, Bal Mukund’s father.

Tragedies like these spurred a group of Dalit professionals and students to help create awareness. The group also aims to set up a round-the-clock helpline to foster awareness among the students that suicide is never an option—not even as a last resort. Anoop Kumar, an advocate and activist who leads the group, is meeting with the parents of the students who committed suicide. He explains, “We are not doing this to get compensation. This is an awareness campaign that will help people deal with the situation. Parents can come and use this platform to talk to various authorities and check on the situation before it gets worse.”

The authorities, too, have taken some interest. Both the home ministry and the ministry of social justice and empowerment have given verbal assurances that they will look into the matter and say an inquiry may be ordered soon—though nothing has happened as yet. The director of the Indian Institute of Dalit studies, Rajendra P. Mamgain, says, “The long history of such incidents have shown that this is a very real problem. Sensitivity is required at every level and students need to be included in the activities of the institutes they are associated with. Their confidence goes down when they are being left out. The ‘mainstream’ students have to understand that their attitude can contribute to bettering the social fabric. We all have to work towards fostering a positive attitude among Dalit students.”

Narendra Jhadav, a member of the planning commission and an activist who has long been working towards bringing the OBCs into—and feel like they are a part of—the mainstream, says, “Integration is required and institutes have to, through their governing bodies, create social environments in which the students don’t feel left out. This is needed at each step. The situation needs to be looked into and addressed.” By spotlighting such incidents, some of which are in court, the activists hope to douse the fires of prejudice raging on Indian campuses. If the list of Dalit student suicides is to stop growing, admitting the problem is the first step to solving it.

The Satchel Fits The Bottomline