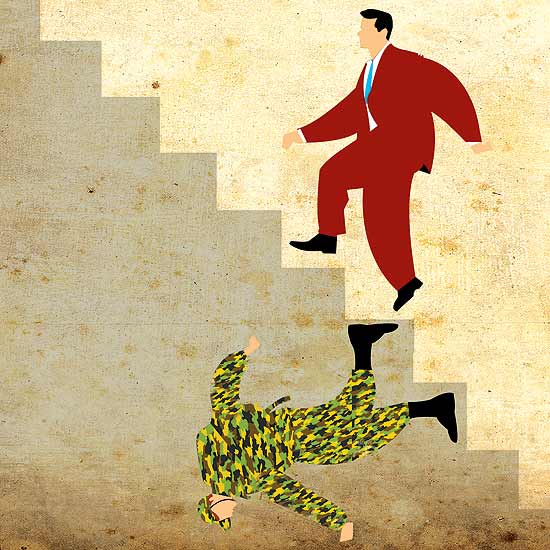 Is the Indian army caught in a time warp? The army chief’s allegations of graft, which are merely the latest in a series of scams, suggest as much. Even as we work out what led to this egregious situation, it is important to understand the backdrop. The real story is that of an army whose institutional identity is unable to cope with the dramatic changes in the society it serves.

Perhaps the most important of these changes has been economic. The liberalisation of the Indian economy and its rapid growth over the last two decades have considerably increased the disparity in the economic profiles of military officers and of their contemporaries in the civilian world. The salaries of even senior ranks compare unfavourably with those of fresh graduates from good business or law schools. This is compounded by the military’s perception that it is losing out to the civil services as well. Together, these changes have led the military to stake out institutional positions that would have been inconceivable in the past. The most prominent instance was the service chiefs’ refusal in 2008 to notify the Union cabinet’s order on the Sixth Pay Commission.