A Daniyal Come To Be Judged 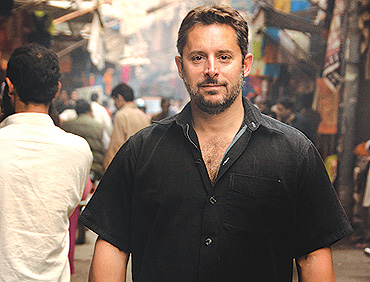 Life in an isolated village on the edge of the Thar desert in Pakistan's southern Punjab is not everyone's idea of a good life, but 45-year-old Daniyal, half-Pakistani, half-American, raised in Lahore and Massachusetts, says he couldn't have found a better place to write. It was here that his agent called him from New York several months ago, to tell him that The New Yorker had accepted the first of his short stories. "I wasn't a big sender-outer," says Daniyal. "It's pointless sending out to the New Yorker: they get 80,000 submissions in a year, and the likelihood of being pulled out of that heap is very small." His agent had to call him for days before he could reach him at the farm. "That evening," recalls Daniyal, "there was this remarkable euphoria." But it lasted less than 10 hours. "I remember waking up the next morning thinking, 'It's a fluke—accidents can happen to anyone.'" But when it happened again, and then again, he grew more confident. "I was writing more or less in a vacuum, so I didn't really have much sense of it, or even to develop literary friends. But when the second story got into the New Yorker, I was thinking, 'Hey! this can happen again.' And by the third one, you think: 'With a little bit of luck this may actually work'."

What's striking about his debut collection of "connected stories", being variously compared to Chekhov, Turgenev, Faulkner and even, inexplicably, R.K. Narayan, is that for the first time possibly in the subcontinent, we have a writer who is not only a first-rate craftsman of words, but is equally comfortable writing about a fading feudal aristocracy as about a class of characters that has been largely absent in English language fiction in the subcontinent: cooks, servants, electricians, hangers-on and thieves.