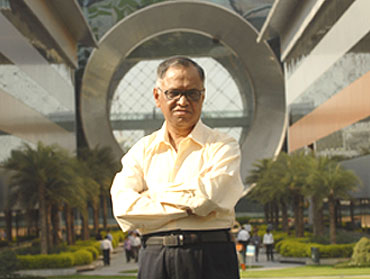 History teaches us that the great industrial revolutions which transformed the West were usually led by one sector. In the case of Britain, it was the export of mill-made textiles; the railways changed America and Germany; it was timber exports in the case of Sweden and dairy exports in Denmark’s case. In the same way, information technology may well be India’s ‘lead sector’. If you were an Englishman living in London in the 1820s, you would not have seen an industrial revolution in the making—you would have seen lots of textile exports. Similarly in the India of 2009, you do not see a revolutionary transformation—you see lots of software exports.

Since the rise of Infosys is almost synonymous with India’s rise, I looked for the answer to one nagging question in Narayana Murthy’s book, A Better India, A Better World. How did Indian companies manage to become globally competitive so quickly after the reforms? Although this book of lectures and speeches by the revered founder of Infosys did not set out to answer this question, I found plenty of hints in it.