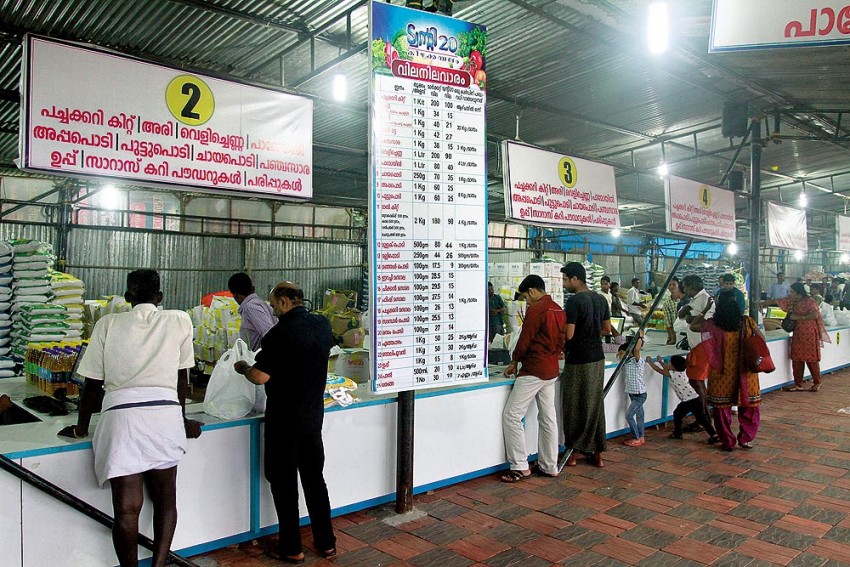 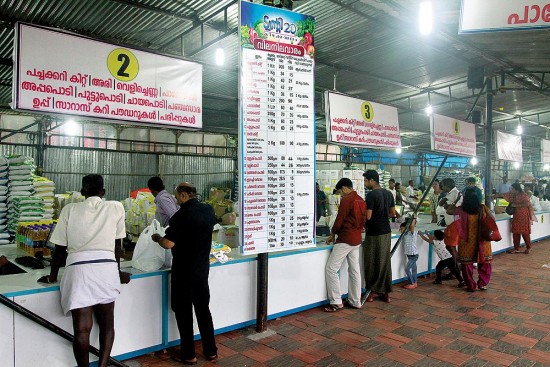 On the outskirts of Kochi, as the sun dips below the lush green trees of Kizhakkamba­lam panchayat, the ‘anthi cha­nda’ (night market) run by Twenty20, the corporate social responsibility wing of the Rs 1,500-crore textile major, Anna-Kitex group, is buzzing with activity. After the local body polls, it is the first time the night market is opening to the public and an electrifying frisson runs through the stalls. Twenty20, which ent­ered the electoral fray in the local body elections, literally saw the takeover of the Kizhakkambalam panchayat by the corporate house winning 17 of the 19 seats.

For the first time in the country, a corporate house not only chose to be a direct participant in electoral democracy but has also won the election, taking over control of a panchayat in the process.

Companies everywhere have traditionally helped politicians and political parties by funding them overtly or covertly. And ever since the law made it mandatory for companies of a particular size and turnover to set aside two per cent of its profits for CSR (corporate social responsibility) activities,  ministers, MPs and other prominent politicians have found it easier to demand that they take up specific projects in their constituencies, give contracts to their men and employ people they suggest. But why pay the neta/party when you can have your own people running the land? By choosing to put up its own candidates in the panchayat election, Kitex may have shown the way now to other corporate bodies.

Naturally, this brazen “takeover of dem­ocracy” has public intellectuals worried. Says cultural critic and former MP Sebastian Paul, “In this case, the company was at loggerheads with the former panchayat on issues like environmental pollution so we don’t know what their vested interest is in taking over the panchayat. They also employ a big segment of the population there and also give out dole to locals. This model can be replicated...it is setting a dangerous pre­cedent.” Paul was thinking specifically of places like Munnar where big tea companies own vast tracts of land and employ large numbers of people.

The Anna-Kitex group of companies has varied interests besides garments, like aluminium and spices. It employs some 15,000 people, of whom 2,000 are from Kizhakkambalam panchayat alone. Of the 8,000 households in Kizhakk­ambalam panchayat, 7,200 are card-holding members of Twenty20. Brothers Sabu M. Jacob, 53, managing director of Kitex Garments (exports) and Bobby M. Jacob, 55, MD of Kitex Limited (domestic), say their vision is to make Kizhakkambalam panchayat the best among the 2,72,000 panchayats in the country. Says Sabu, “Our father M.C. Jacob started Kitex in 1968 and his vision was that the village should itself grow as the company grew.” Kitex’s CSR wing, which has only been active for the past three years here, has already spent a reported Rs 34 crore on the development of the village. The eff­ects are quite visible, and meant to be so: building of houses and toilets, a drinking water scheme, electrification, regulating of ration shops, farming of fallow land, health and ambulance services, roads, marriage loans etc.... Twe­n­ty20 had taken the panchayat head on and was in fact providing far better services. So it came as no surprise that when Twenty20 entered the electoral fray, they walked away with almost all the seats.

“We fought the polls because our CSR activities were being blocked by the last panchayat. None of the elected members are our employees.”
Sabu M. Jacob, Chief coordinator, Twenty20, CSR wing

The Jacob brothers meet people in the market almost every day after office hours. Women and men joyously greet them with prayers and blessings nowadays. It seems like the panchayat was offered to Anna-Kitex on a platter. Indeed, the traditional parties from the LDF (Left parties) and the Congress-led UDF lost by huge margins. It was almost like they were chased from the panchayat, the only two outside seats going to a UDF-backed independent and the other to fringe outfit SDPI.

Like a utopian dream, Kizhakkambalam village also seems insulated from inflationary food prices and other market vag­aries the rest of the country is subjected to. Fixed quantities of rice, vegetables, oil, pulses are available to each Twenty20 card-holding householder at subsidised rates. (India may reeling under the price rise of pulses but here in this market a 2-kg dal kit which contains four different varieties of pulses is available at Rs 90. Every family is entitled to 4 kg, likewise a 6 kg vegetable kit is available for Rs 100.)

Twenty20 is reportedly spending nearly Rs 1 crore a month on subsidising provisions in the night market. Elukutty, balancing rice bags on her head, says while being shushed by her grandson for being overtly emotional, “For a poor woman like me, this is godsend. Where can I buy so much food for so little money? And now God has answered my prayers, they have won the election too.”

But environmental activists like C.R. Neelakantan, who is supporting the Kitex Anti-pollution Action Council, a people’s group fighting for the closure of Kitex’s bleaching plant and effluent treatment plant, says the formation of Twenty20 and their motives are suspect. “CSR activity cannot be a political activity, and PDS or providing subsidised food is not the function of a ‘political party’. What is the political programme of Twenty20 for the panchayat? People are disillusioned with mainstream political parties so they have opted for this party. I have been supporting the people’s group against the company polluting the environment. In 2012, both the UDF and the opposition LDF supported the company’s policies. They did not take up the cause of the people for obvious monetary benefits. This ‘takeover’ is the direct result of political leaders sidling up to corporates. This is a dangerous precedent because corporate houses can now take over a district or even a state. We will not know how they will twist the laws to further their own interests. Even land acquisition will become very easy. The panchayats are powerful bodies and can stop the licence of the company but now everything is in their control.”

Yusuf Ali of the Kitex Anti-pollution Action Council points out that it’s only after they began their agitation in 2012 that the company began its CSR activities. The action council and the panchayat have been at loggerheads with the company for a long time. “Kitex has a bleaching plant in Choorakode ward and an effluent treatment plant in Chelakulam ward (Twe­n­ty20 lost in Chelakulam ward). There is a case against the company that has been referred by the high court to the Green Tribunal in Chennai. The former pan­chayat had not renewed the licence which ended on June 6, 2015. The HC had dir­ected the pollution control board to give Kitex a special licence since the case was with the Green Tribunal. With many of the bleaching factories in Tirupur closing down due to environmental problems, the company has plans to establish bleaching plants here that are five times bigger by 2020. That is their vision.” 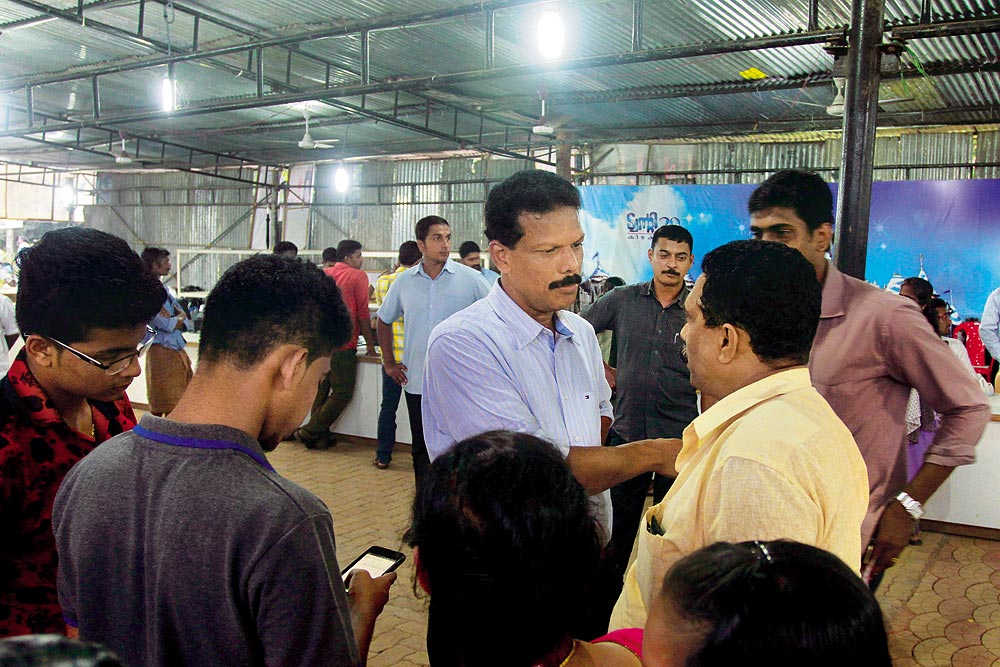 Kitex Garments, with a Rs 1,000-crore turnover, is the world’s third largest garment exporter in the infant segm­ent (0-24 months). In June ’15, Forbes listed it among Asia’s 200 best in their under-a-billion list. MD Sabu M. Jacob is also chief coordinator of the Twenty20 CSR wing. Almost like a company, Jacob has created 50 executive members in each ward and further below a working committee of 200 people. Some 4,800 people are on the job to look after the village’s welfare. Commenting on the case against Kitex, Sabu says, “The act­ion council went to court. A panel for­med under the HC’s direction stu­d­ied the matter and gave us a clean chit. Our lic­ence was rene­wed by the PCB in seven days. But the action council was not happy, so it was referred to the Green Tribunal. They think I am going to set up more plants. In fact, I am going into e-commerce in a major way where I’ll make 10 times the money I am making now. More­over, 20-25 times a year random social complia­nce aud­its by international agencies are carried out at my plants because our garments are made for firms like Walmart, Toys R Us, Mothercare etc in the US and Europe markets. Any issues with our products will see the closure of those firms.”

A Bihari Story Of The Haar