Is a govt committed to growth and development likely to rock the boat in Paris? 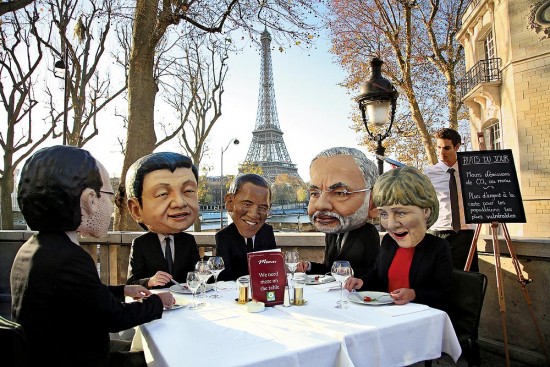 More than tackling the atmosphere at the UN climate summit, it was with atmospherics that India made its mark in Paris. The Indian pav­ilion, with its hi-tech wizardry wowed delegates: at intervals, water whooshed down the frontage and coloured laser lights projected brief messages for participants on the falling water. The rest of the expansive, open-plan pavilion was adorned with Bastar figurines, while films on India’s environment were projected on screens above and at special touchscreens. It was a mix of 21st century technology and ancient art.

The same kind of atmospherics imbued India’s high-profile  launch of the Int­ernational Solar Alliance on the opening day, for which Prime Minister Narendra Modi earned his brief place in the sun. One could never have imagined that  he would get top billing at a summit offered as the UN’s answer to the abortive Copenhagen meet in 2009.