A Comedy Of (No) Manners

Tanmay Bhat’s snapchat on Tendulker and Lata may be tasteless, but the reaction has been ridiculous 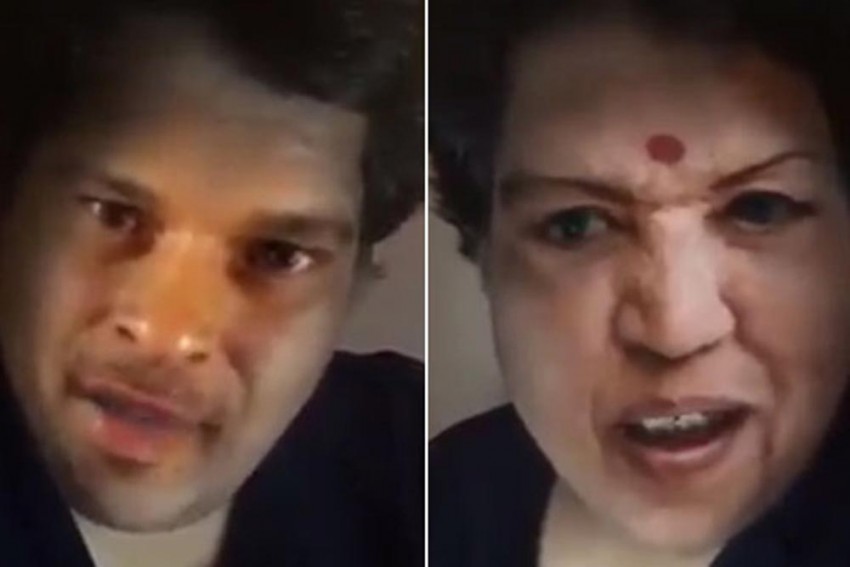 How long does it take to go from being an online hero to a villain? Two minutes and three seconds is all it takes. Tanmay Bhat of the comedy collective All India Bakchod (AIB) has managed to strum all the wrong notes with his parody of Sachin Tendulkar and Lata Mangeshkar on a Snapchat video that went viral. Most agree that his jokes about Lata Mangeshkar’s age and longevity are “disgusting and in bad taste”. But in a democr­acy like ours, should he not be allowed to make them? Is it a crime to be ­obnoxious? Can he be arrested for it?

“You cannot make fun of an 86-year-old woman who has given India a uniting voice. Tomorrow you will strip and think that is funny. ”
Anupam Kher, Actor

What’s the fuss all about? The video titled ‘Sachin vs Lata Civil War’ is in typical AIB style. It has Bhat using the application’s face-swap technique to mimic cricketer Sachin Tendulkar and legendary playback singer Lata Mangeshkar, both Bharat Ratna holders. There are the usual cusswords that are now predictable in an AIB video, with both Tanmay Tendulkar and Tanmay Mangeshkar going at each other full-throttle. But what has angered people are the ageist references to Mangeshkar and the bit where Tanmay Tendulkar mock-asks her to ‘now die’. The BJP’s Aashish Shelar was so livid that he handed a letter of complaint personally to the commissioner of police, Mumbai; the Shiv Sena sent a missive to the CM Devendra Fadnavis and the NCP burnt effigies of Bhat.

“If you follow Tanmay on Snapchat, you will know at once that it’s like a running gag he’s done and he is trying to ­surprise you.”
Karan Talwar, Lawyer

The Maharashtra Navnirman Sena (MNS) chief Raj Thackerey said he would send his party workers to beat up Bhat. Isn’t that a bit of an over-reaction for a joke, however Marathi the Manus may be? “Sachin and Lataji are our icons,” says Sandip Deshpande, spokesperson, MNS, “People have an emotional attachment with them. If the law doesn’t take its own course we will see to it that the guilty is punished using our own met­hods,” he adds.  Lawyer Abha Singh says AIB is a serial offender—their AIB roast, another event that had got the group into trouble with some top Bollywood stars for being too explicit, was also in bad taste. “But no action was taken then and the court didn’t give a coercive order, which has emboldened them. There is no humour in it. I think it is scripted by their marketing team,” she says.

“Sachin and Lataji are icons. People have an attachment. If the law doesn’t take its course, the guilty will be punished with our own methods....”
Sandip Deshpande, Spokesperson, MNS

The current go-to person from the saffron brigade for anything cultural—actor Anupam Kher—is more restrained. He rubbishes the calls to lynch and jail someone for a joke. But adds: “Humour is fine, but this whole deal of attacking and criticising people is not humour. You cannot make fun of an 86-year-old woman who has given India a uniting voice. Tomorrow you will strip, show your body, and think that is funny.” Others feel that the episode raises some “fundamental questions for our society” and shows an era-difference at play. Former Indian cricketer and author Saad Bin Jung thinks, “the youth have their own way of expressing themselves, but Tanmay has tainted our tradition by ­defiling one of the best artists of all time. Exposure to Western culture has led to lack of respect for the old.” 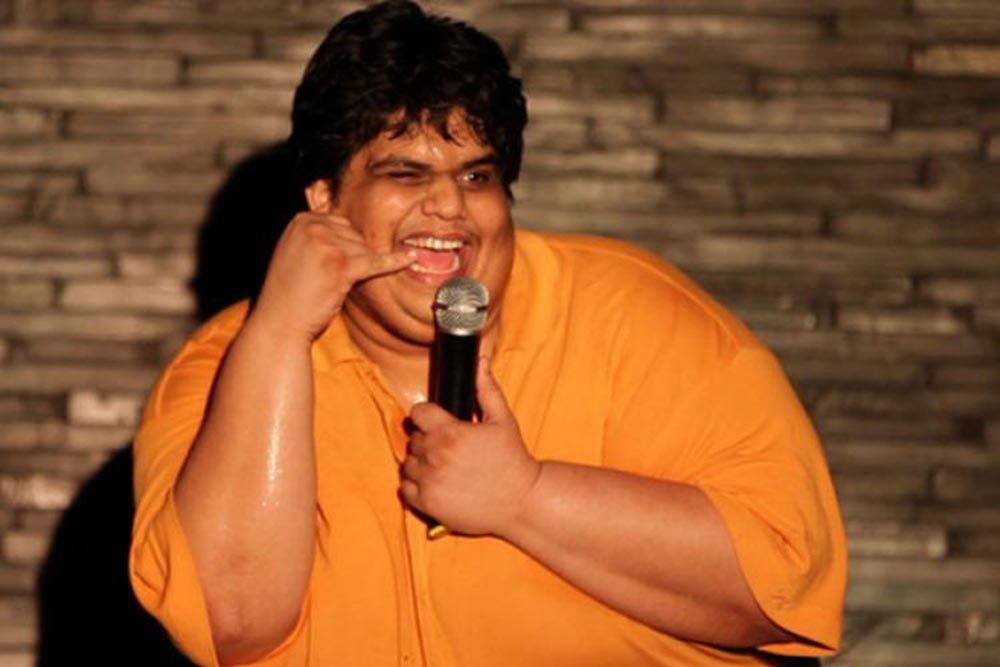 “If you don’t like it, that’s ­absolutely fine, but I am not okay with death threats on the basis of people ­getting offended.”
Sapan Verma, Comedian

But isn’t irreverence the soul of wit? It’s easy to blame ‘Western culture’ when it comes to stand-up comedy and roast, but India has a rich tradition of parody and mimicry, with not even the gods and goddesses spared. Above all, it’s a freedom of expression issue, however unpleasant the humour may be. Swara Bhaskar says it is total overreaction to the episode. “We may strongly disagree with the contents of the video and also find it offensive and disrespectful as they are.” But she cautions about the Taliban-esque turn that we are taking as a civil society, where every time someone says something we don’t want to hear or is offensive to our morality and sensibility, we start baying for that person’s blood. Journalist and co-founder of The Wire, Sidharth Bhatia asks us to look into the mirror. “What counts as offensive is subjective, and lies in the eye of the beh­older.” Bhatia believes while racism or jokes about rape are not funny, the notion that no one can make fun of them because they are Bharat Ratnas is “abs­urd”. “The walls around comedy are breaking down and it is time we spoke about the holy cows we are not allowed to make fun of; and this herd only seems to be increasing every day,” he says.

“Cracking a bad joke is not against the law; it is bad taste at most. It will be ­dangerous to stifle the right to opinion in a democracy.”
Shashi Tharoor, Politician

Author and politician Shashi Tharoor too feels that freedom of expression and the rights of comedians to make jokes, however tasteless, should be respected. “Cracking a bad joke is not against the law; it is bad taste at the most. We have not had it in our culture to stifle people’s right to voice their opinion, and to do it now in a contentious democracy is dangerous,” he says. Activist Kavita Krishnan thinks that some cows are holier than others. “In comedy, if you cannot make fun of public figures, what is the fun in it?” she asks.  She admits that she might object to a lot of the AIB stuff, but “the language used by the Shiv Sena and the MNS ­towards human beings on occasions is far more condemnable.”

“We may strongly disagree with the contents of the video and we may find it offensive and disrespectful as they are. But we can’t bay for blood.”
Swara Bhaskar, Actress

Tendulkar and Mangeshkar, the two people who should have been most offended by the video, haven’t made a statement on the matter so far. But the community which has come under fire most are comedians and stand-up artists. East India Comedy (EIC) collective’s Sapan Verma says that while he did not find the video funny, a lot of people did. He thinks it was a spoofy video which was meant to vanish in a day in any case and that Tanmay obviously did not mean any malice. “If you don’t like it, that’s fine, but I’m not okay with death-threats if people get offended.” Sorabh Pant of EIC too ­deplores the “vitriol” one expects when something like this happens. “Self-censor­ship should be the only line that a comic has.” Karan Talwar of SnG Comedy is one of the few who found the video funny. He has known Bhat before AIB and says that context may have been lost in this case. “If you follow Tanmay on Snapchat it’s like a running gag he’s done and you know he is trying to ­surprise you,” says Talwar.

It’s easy to blame ‘Western culture’ when it comes to stand-up comedy and roast, but India has a rich ­tradition of parody and it doesn’t spare anyone.

The media play of the whole thing has got has certainly been surprising. Perhaps watching Tendulkar’s 1992 century on a fast Perth track and listening to Lata Mangeshkar’s songs from Baiju Bawra will calm down the ruffled feathers. After all, distractions work well with ­offensive things of a slightly more solid kind, like the cycle of droughts and heavy rains in Maharashtra which are devastating far more important things than fragile egos. and (however justifiable) manners.

By Siddhartha Mishra and Stuti Agarwal

Black's Not A Darker Brown