South Africa's experience of reservation offers many parallels, many possibilities 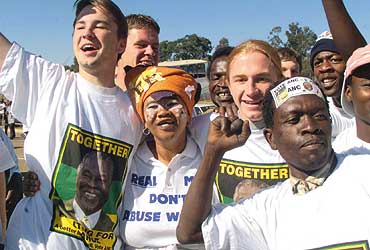 outlookindia.com
-0001-11-30T00:00:00+0553
In the years before apartheid ended in 1991, Peter Radebe, 48, lived in a Black township outside Johannesburg. The nearest he ever got to a brick-and-mortar house was working as a gardener in houses of the rich. But he used his wages to put himself through a public school in the township. "We never had any textbooks, and our toilets were broken," Radebe recalls. In 1997, three years after South Africa became a democracy, he managed to complete his tertiary (college or university) education. Radebe secured bank loans to establish a small IT-related business in 2000. His enterprise prospered because of the government's preferential procurement policies for Blacks under the affirmative action (AA) framework. Radebe now lives in what was earlier a White suburb; his children attend a posh private school in the neighbourhood. "We couldn't even walk on these tree-lined roads, let alone live here," he says.

Radebe is one of the many Black South Africans whose lives have been transformed because of AA policies successive governments have followed since 1994. Racial discrimination in South Africa was all-pervasive. Decades of apartheid had denied most South Africans access to quality education and top jobs, even basic necessities like decent housing and essential services like water, electricity and sanitation. Quite like the Dalits of India.

As India debates the policy of extending reservation to institutes of academic excellence, and ministers in the upa government voice demands for introducing AA in the private sector, Outlook studied South Africa's experience of reversing the debilitating impact of apartheid. In South Africa, though, AA means more than job reservation and seats in universities. As government spokesperson Joel Netshitenzhe explains, "In trying to restore the dignity of the Black majority, which includes Africans, Coloured people and Indians in South Africa, AA took on a much broader meaning." 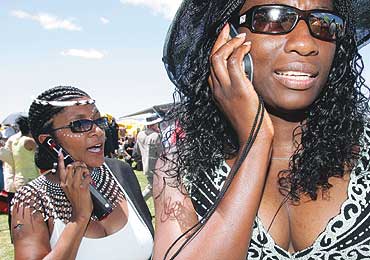 At the heart of AA in South Africa is the government's endeavour to apply the principle of equality embodied in the Constitution. This has been done by introducing a slew of legislations to ensure that all sectors of the society reflect, over time, the country's racial demographics, and, consequently, rectify the skewed structures of employment and business ownership inherited from the apartheid era. Today, according to the South African Institute of Race Relations (SAIRR), Africans make up 79.3 per cent of the population, Whites 9.3 per cent, Coloured people 8.8 per cent and Indians 2.5 per cent. Ideally, in an equitable South Africa, these numbers should be reflected in all aspects of South Africa's socio-economic life.

Laws, such as the Employment Equity Act (No 55 of 1998), have been passed to realise the avowed objective. But the cornerstone of AA in South Africa is the broad-based Black Economic Empowerment (BEE) Act. It intends to increase Black ownership and control of businesses and ensure that the workforce, including senior management in each entity, reflects the country's racial make-up. The government can issue codes of good practice and set specific AA targets for various economic sectors.

BEE also calls for the government to give Black-owned businesses preference in tendering, financial assistance and investment in skills development. Again, by law, the government can only deal with businesses that have employment equity policies in place—and who have dealings with only those companies pursuing AA. This means just about everybody gets into the net. There's also the concept of 'empowerment deals', where White-owned companies, to comply with BEE, allow Black-owned businesses to buy a share in their firms.

"BEE was a necessity. To survive and thrive and enjoy the confidence of the overwhelming majority, it had to inculcate a sense of belonging and participation," says Netshitenzhe. He cites the banking institutions as an example of how the appointment of senior Black management proved beneficial. "Senior Black managers have helped sensitise banks to the majority's needs," he says. Banks have decreased their minimum opening deposit requirement from more than $10 to less within a decade, doubling their customers. 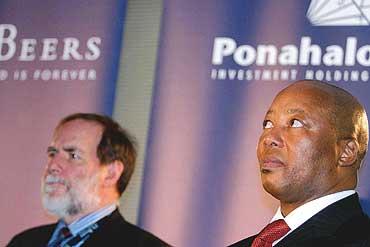 Some analysts criticise BEE for empowering the politically connected Black elite. Yet, it has managed to influence change in certain sectors: of more than two million small, medium and micro-enterprises in South Africa in 2003, over 89 per cent were run by Africans and four per cent by Whites. However, the number of Black entreprenuers in formal business is low: just 1,07,000, as against 3,36,000 White businessmen.

Universities have fared better in transforming their racial profile. This has been achieved without the government imposing racial quotas. Most universities have their own targets to ensure they reflect the country's racial demographics. "A decade ago, White students made up 64 per cent of new enrolments in tertiary institutes and 24 per cent were Black Africans; now it has almost reversed—53 per cent of new enrolment are Africans, 33 per cent are whites," says Frans Cronje, a SAIRR researcher.

But high Black enrolment does not necessarily mean an equal number of graduates. This is because few can actually afford to graduate, says George Boinamo, education spokesman for the opposition Democratic Alliance. Unlike in India, tuition fees in higher education is not subsidised here. Though the government provides loans to students, Boinamo reveals that "the fund doesn't cover textbooks and accommodation." 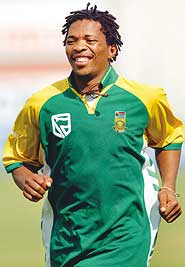 AA in sports, though marked by controversy, has reaped benefits: cricketer Makhaya Ntini is the most famous product of the system. Quotas in cricket was discontinued last year as the government felt it had achieved racial transformation of the sport. There are quotas in rugby—but only at the provincial level: eight places out of 15 are reserved for Blacks. Quotas for various sports are affixed depending on their popularity among the Black majority. The intention is to raise the level of participation in organised sports from the current seven per cent to 20 per cent. Sanctions are imposed for non-compliance, which can include withdrawal of state funding or a ban on international competition.

BEE, however, has its problems. A 2004 survey of Deloitte Human Capital, an auditing firm, had 73 per cent of South African firms complaining that the short supply of suitable Black candidates was a hindrance to BEE. Last year, the Department of Labour found that more than half the companies registered here were not recruiting enough Blacks.

This is because there aren't enough skilled Black professionals for hire. For instance, Cronje points says that while the number of African students graduating from specialist courses, such as engineering, has increased in the last decade, the pace isn't adequate to meet the demand. Cronje feels the roots of this problem lie in the poor quality of school education—a consequence of a lack of skilled Black teachers—in former Black townships.

At work, though, could also be the bias of the private sector against AA. Academic director of the Henley Management College, Prof Sipho Seepe, thinks Blacks and other "minorities" are rarely considered for senior management positions in the private sector due to the assumption that they must have procured degrees under the AA programme with diluted standards. "There are people like us, who are more qualified than most Whites, yet people will consider us AA appointees," he says. 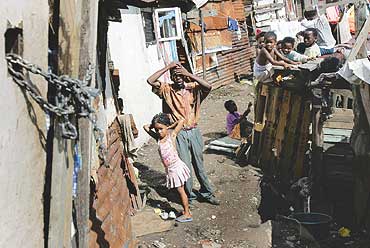 Despite affirmative action, many people still live in slums

Most BEE policies concerning business ownership have benefited the Black elite, contends Jeremy Cronin, deputy secretary-general of the South African Communist party (SACP). Prominent ANC politicians and bureaucrats top the list of people who have recently acquired either a percentage of ownership in leading business entities or a stake in denationalised firms. According to the Deloitte survey, 72 per cent of empowerment deals concluded in 2003 went to six Black companies. Netshitenzhe, however, counters, "It just happens that these deals (involving ANC members) are high-profile and well-publicised but, in fact, many Black-owned cooperatives run by ordinary Black South Africans have benefited from BEE."

In an attempt to improve skills and boost AA implementation, government has spent millions on training and grooming young Blacks for top managerial positions. But the problem is they are constantly poached by the private sector, Cronin says. The pool of skills available locally has also shrunk because young White professionals, who have lost out on job opportunities to Black appointments, have increasingly sought opportunities abroad.

Those who lack the resources to migrate settle for less. Cassie Keever, a trained computer programmer, could not get a placement. He now works as a driving instructor. "They don't want Whites anymore," he says. The lack of opportunities for Whites has prompted the Tuks Afrikaanse Studente, an Afrikaner youth body, to suggest excluding from AA policies those born in "free" South Africa.

"Ultimately, you can't legislate goodwill," says Hlengiwe Mkhize, a former commissioner with the Truth and Reconciliation Commission, set up to investigate and redress apartheid-era crimes. "How do you fast-track people's mindset and attitudes?" The way forward for AA in South Africa, she suggests, is to increase "people to people interaction" to understand each other's needs. "Only then will we have an increased buy-in," she argues. And South Africa can be transformed at a more rapid pace than now.