High amidst the Karakoram, the Hunza Valley evolved its unique way of life, with crafts deeply embedded within. Their pricelessness is shown herein. 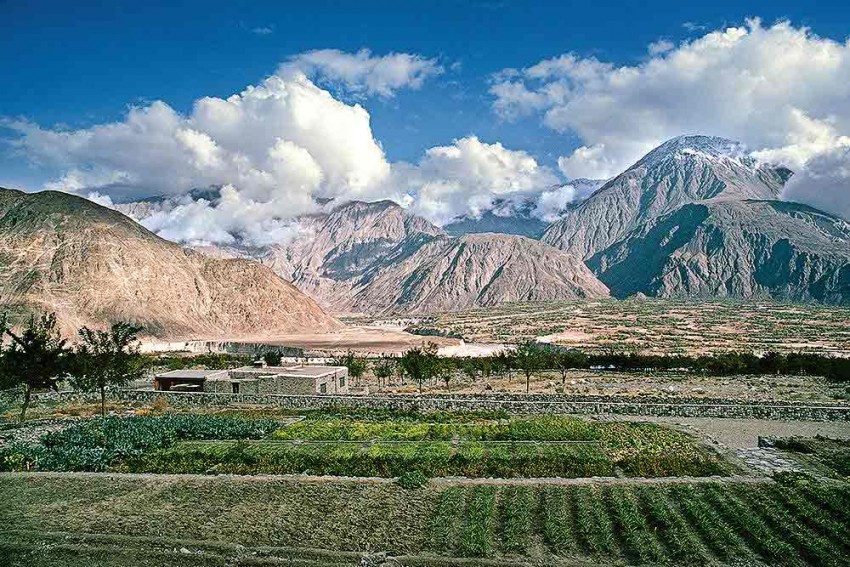 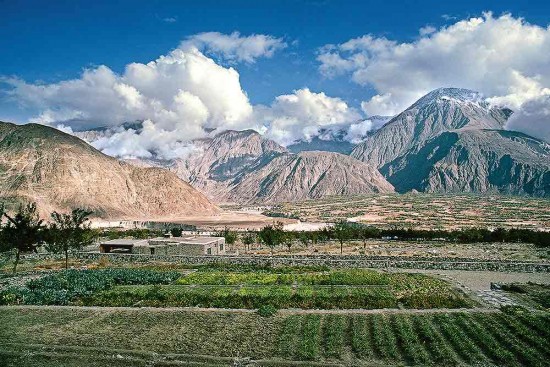 No country is more stereotyped by Indians than Pakistan—whe­ther as a nostalgically remembered cricket and Bollywood-­loving mirror-image of ourselves, or the demonic, Ind­ia-hating, fanatical state favoured by TV anchors. It is often forgotten that Pakistan is alm­ost as culturally and socially varied as us; its diverse regions and communities each reflecting its own identity, art forms and way of life. The remote tri-bal areas of Balochistan, Swat, Hazara, Gilgit and PoK are often overlooked, overshadowed by Punjabis and immigrant Mohajirs who have dominated post-Partition political discourse.

It is heartening therefore to have a book on the arts and crafts of the Hunza Valley, though it has a rather clunky title—The Arts & Crafts of the Hunza Valley in Paki­stan, Living Traditions in the Karakoram doesn’t exactly have bookshelf appeal! Its author, Jurgen Wasim Frembgen, is adju­nct professor of Anthropology and Isla­mic Studies at the Ludwig-Maximilians University, Mun­ich, with a particular int­erest in Islamic civilisations and their social and material culture. He has travelled extensively in the Hunza region for over 20 years, and writes with deep knowledge and insight about “the people of Hunza and Nager, especially the female embroiderers and craftsmen”, to whom he has dedicated the book.

As Frembgen says, the ethnic origins of “the mountainous Northern Areas of Pak­istan” are traceable to Central Asia “culturally and geographically”. The Kara­­­ko­­ram range in the extreme north, where the former kingdom of Hunza is situated, is the second most glaciated area in the world, a far cry from the heat and dust of Sind, or Punjab’s fertile plains. The rem­ote, almost inaccessible valleys, with their own distinctive languages, further separate these hill tribes from mainstream Pakistani culture. Similarly, their arts and crafts emerge as much from local needs and raw materials as they do from their Islamic beliefs. Pumpkin gourds as containers, for instance, or apricot paste as a mould rather than clay.

These are self-sufficient communities making their own ropes, furniture, tools, harness, and utensils; working both as farmers and artisans. Craft is a subsidiary activity. Their lifestyles, embroideries and artefacts have unmistakable affinity to the Gujjars in our hill states. Hand craft was not restricted to the poor. There is a lovely anecdote of the 69-year-old Raja of the Nager royal fam­ily crafting horn sewing needles for his womenfolk—a decades-old tradition. As in most traditional communities, craft was not just a commercial production process, but a respected cultural practice. In silk-rearing, the room hou­sing the cocoons would be ritually purified with incense. Children were not allowed, so their noise did not disturb the worms, but a ceremonial dish of hanak would be distributed to them on conclusion.

Local culture and aesthetic make each area distinct. In Hunza, the carved elements in buildings are inspired by Gandhara art, while mosques have no minarets or domes.

I have long felt that to classify architecture, craft, and other artistic and creative expressions in the subcontinent as ‘Islamic’ is quite inaccurate, though convenient. The influences of local culture and aesthetic make each area, community and period quite different. The rounded brick Shat Gombuj in Bangladesh, the pagoda-shaped mosques of Kashmir, the architecture of Fatehpur Sikri, are respo­nses as much to the landscape, lifestyles, and iconography of the place as to their Islamic origin. Mughal miniature painting or Hyderabadi cuisine are as distinctively Indian as they are ‘Islamic’. Local rulers and patrons, whether Hindu or Muslim, actively encouraged an eclectic blending of form, ornamentation, and tradition. In Hunza, the use of wood in building may have originated from Iran, but the decorative carved elements owe their inspiration to Gandhara art, and the mosques have no minarets or domes. Sadly, with Wahabi Islam infiltrating even these remote areas, it is now the case that the traditional embroidered caps worn by women, “emphasising the beauty of the bride and the status of her family”, have been replaced with veils.

When Frembgen talks of Hunza, and “this dying, and in some cases virtually ext­­­­inct, material culture”, one is filled with a sad deja vu. One mourns not just the loss of something so rich, but the pol­itical insensitivity that ignores its cul­tural importance; lumping and even erasing these ind­­i­­vi­­dual arts in a majoritarian view of national culture. Much as we are doing ourselves with the vividly distinctive cultural exp­re­ssions of the Northeast and tribal India.

This slim volume, a mere 110 pages, is a scholarly, meticulous compendium of the different crafts of Hunza, their usage, met­hods of production and their current status. It concludes abruptly, with an account of calabashes! The pictures are a priceless record, but pre-digital and poo­rly reproduced. One wishes for more personal vig­nettes of Frembgen’s 20 years of travels to a world that has changed forever.