That's what this decade has done, apart from diluting basic principles of governance 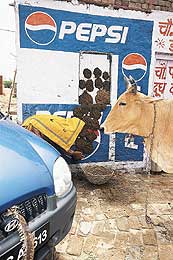 outlookindia.com
-0001-11-30T00:00:00+0553
Till 1991, India's post-independence economic history was considered something of an enigma by those looking at it from outside. That this involved state-led economic development in a multi-party parliamentary democracy was unusual enough. What made it unique was that this combination, and associated socialist rhetoric, kept successfully knitted a nation with greater linguistic and ethnic diversity than any other.

The role of the state was both developmental and redistributive. The "structural adjustment" since 1991 is, therefore, of much greater significance than purely economic. The promise was held out that liberalisation would enhance India's competitiveness, trigger a boom in exports and foreign investment and raise the rate of growth of output and employment. That expanding the cake through such a process of 'rush' would substantially improve the quality of life of the Indian people, including the poorest. In the event, gdp growth has improved, from the average of 6 per cent in the second half of the '80s to 6.5 per cent in the second half of the '90s. But there hasn't been any significant increase in either the investment rate or the efficiency with which capital is used. It is only in certain service sectors that growth has improved post-1991, with manufacturing performing no better and agriculture doing worse. The real story emerging from official statistics on national and state incomes is of disparate growth across regions and sectors, particularly between agriculture and non-agriculture.

Among the states, only Gujarat, Karnataka, Kerala, Maharashtra, Tamil Nadu and West Bengal recorded higher growth of per capita state domestic product than the national average during the '90s. Except West Bengal, they have higher per capita incomes than the national average but together account for under 40 per cent of the population. Regional income gaps have widened. The ratio of per capita income in Maharashtra, the richest state, to that of Bihar, the poorest, which had fluctuated between 2 and 2.5 in the '80s, shot up in the '90s to reach 3.8 by the end of the decade.

In agriculture, growth deceleration was even more widespread. The '90s saw negligible or negative growth in per capita agricultural production in Andhra Pradesh, Assam, Bihar, Gujarat, Haryana, j&k, MP, Orissa and UP, where 60 per cent of our people live. Rural non-agricultural employment has also declined. This setback contrasts with the undoubted prosperity that the post-1991 situation has brought to the rich and the upper middle class in the metros. The latter now pay much lower taxes, enjoy access to a much wider variety of consumer goods and are the beneficiaries not only of well-paid jobs in IT and finance but also of the largesse of the Fifth Pay Commission.

This is partly since many of the new opportunities can't be accessed by those without the skills and capital. But there have also been unequal costs and benefits from the way the State has retreated. Fiscal restraint has hit those states harder which were already poor. And, distressingly, the very idea of central transfers from richer to poorer states is under challenge.

But this is not surprising as attitudes towards inter-regional and inter-sectoral equity only reflect a general erosion of the ideal of equality. Ten years into an experiment should normally be occasion for evaluation and introspection. But this is precisely what is missing as a "second generation" of reforms is contemplated amid mounting evidence that growth is running out of steam.
This attempt to continue without pause the rush of liberalisation is leading to some bizarre outcomes. For example, the media ignored the fact that there was little by way of food-for-work this year when a third of the districts were affected by drought and foodgrain stocks were overflowing. Also ignored was the fact that foodgrain output per capita has dipped in the last decade. That there might be a problem of inadequate purchasing power behind this, and behind the problem of crashing agricultural prices amid stagnant or declining production, isn't even contemplated because liberalisers have used data of very dubious comparability to convince themselves that poverty has actually declined massively in the last few years.

There's thus a new enigma today, related to the refusal of the rich to admit that there may be any problem with the post-'91 trajectory. There is this further mystery to ponder about—why AP and Punjab have fared poorly in growth during the '90s while Kerala and West Bengal have done relatively well.