A Bullet Hanging In The Air

Is there substance to Gurudas Dasgupta’s letter on the A-G, or has he been misled? 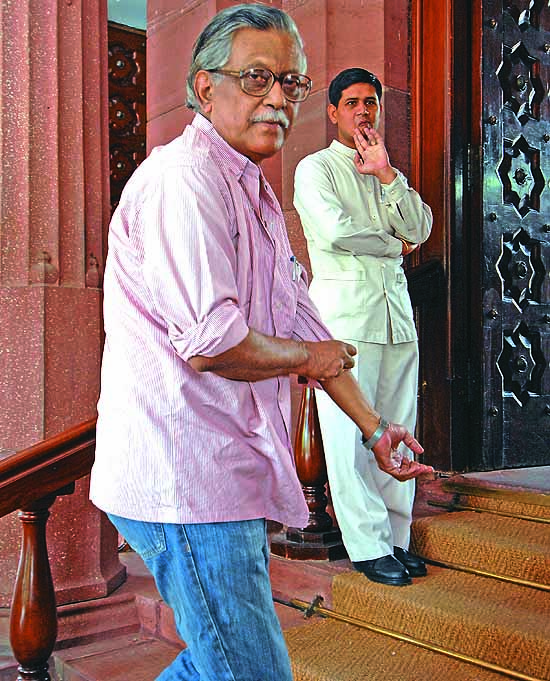 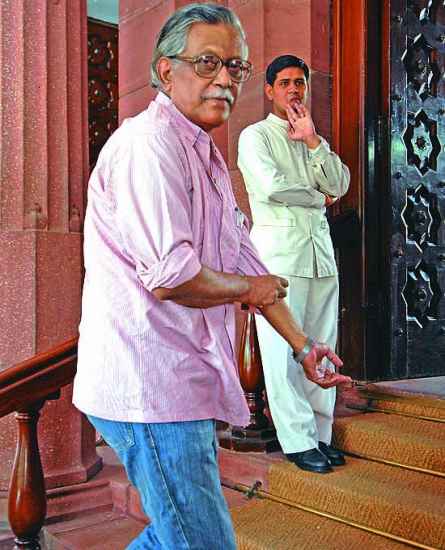 It is not every day that the prime minister receives ‘sensitive information’ on corruption involving the Attorney-General of India. So when CPI MP Gurudas Dasgupta sent him a confidential letter about a Swiss bank account allegedly held by Goolam Vahanvati, it was sensational stuff.

The MP was careful to mention that he wanted the government to verify the information following an inquiry. But he also proceeded to damn the A-G by furnishing details—such as, the account in the Singapore branch of the Union Bank of Switzerland (UBS) was opened in 1997, that his account code was 569797HL and that the operational code was his grandfather’s name—E. Tajbhoy Vahanvati. Incidentally, the A-G in October advised the Central Board of Direct Taxes not to prosecute ubs in the Hassan Ali Khan case due to insufficient evidence.

But even before Dasgupta received a response from the PM, he received a legal notice from law firm Karanjawala & Co on behalf of Vahanvati on August 24. The notice demanded that Dasgupta produce for the firm’s inspection the material on the basis of which unsubstantiated allegations had been made against the client. Rajan Karanjawala confirmed to Outlook that the notice did not specify any date by which the MP was expected to respond or produce the material, the clearest indication that his client had no intention of really pursuing the case.

Till then, the allegations had not surfaced in the public domain. But on August 26, Dasgupta submitted a notice to the Lok Sabha Speaker for breach of privilege against the A-G, alleging that he was being threatened and intimidated for discharging his duty. The next day, Dasgupta also brought the subject up in the House. He had no intention of responding to the legal notice, Dasgupta told Outlook, and refused to discuss who or what prompted him to demand an inquiry into the black money Vahanvati was alleg­edly hoarding abroad. 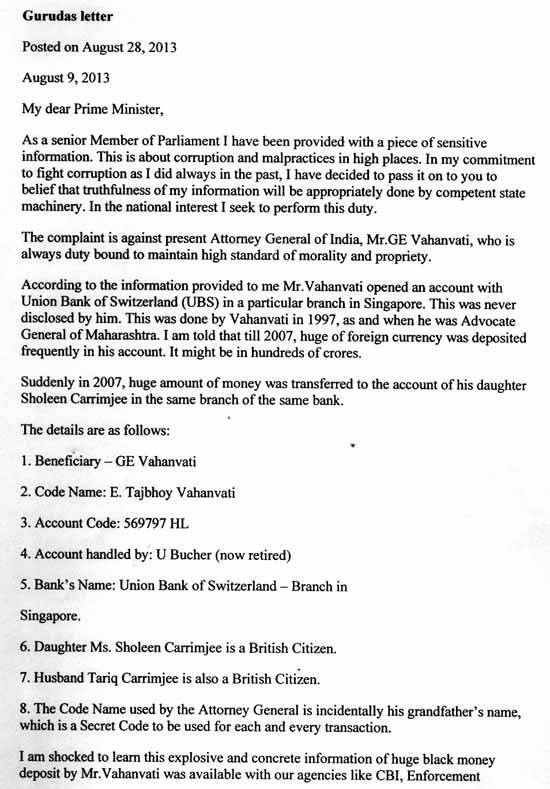 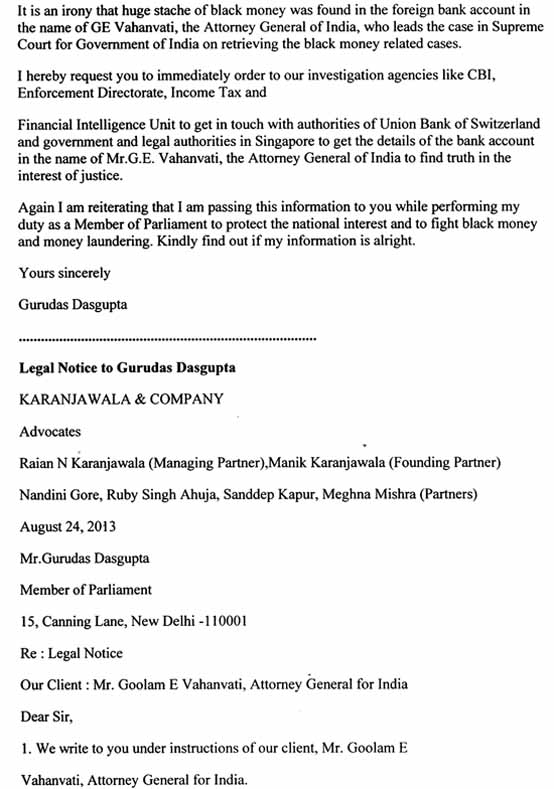 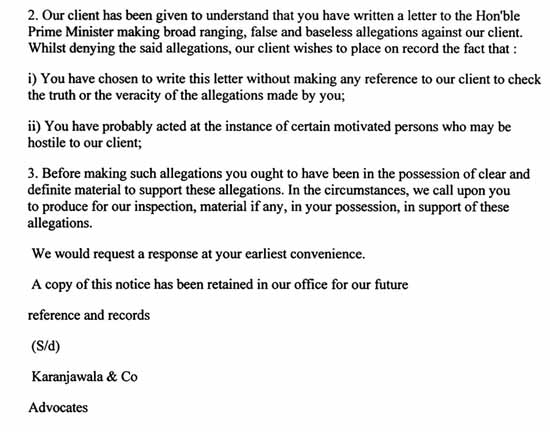 But while neither the MP nor the A-G seems inclined to go for the jugular, the episode has raised piquant questions. Those in the legal circles ask whether the Enf­or­cement Directorate, the RBI etc have taken notice of the allegations and served any notice to Vahanvati. “The standard procedure is to serve a notice whenever any information about undisclosed accounts and property is received,” a senior lawyer told Outlook. An investigation is a statutory requirement, agree several other lawyers Outlook spoke to, even if, they emphasise, the allegations turn out to be false.

Another question was how a confidential and privileged communication from an MP to the PM reached Vahanvati at all.

Opinion was divided on Dasgupta’s role as well. Some of the MPs felt that he could have asked a question during Question Hour or raised the issue during the Zero Hour rather than write to the PM against a constitutional authority like the A-G. Former Lok Sabha Speaker Somnath Chatterjee told Outlook that if the attorney-general was being accused of being a tax-dodger, he had the right to seek remedies.

Jurist Usha Ramanathan and CPI MP D. Raja disagree. Both feel it was a legitimate exercise for an MP to pass on information and seek inquiry. Raja recalled that he had written to a former RBI governor seeking an inqu­iry into chit funds and that it was much later that he learnt that one of the chit funds was promoted by Trinamool Congress MP K.D. Singh. “Nobody crea­ted a fuss on that occasion,” he quips.

“I think Gurudas Dasgupta acted in a dignified manner by writing a letter to the PM and not speaking about it in Parliament first,” says Ramanathan. The leak of the details was a serious matter but not the MP’s action, who was within his rights to inform the PM and seek information, she feels. Procedurally, there’s a clear path. Former Lok Sabha secretary-general Subhash Kashyap says that the Speaker would first determine if the issue involved a breach of privilege. He or she can then refer the notice to the privileges committee or to the House itself. MPs normally do not enjoy any immunity for activities outside the House, he adds.

There are other questions which remain unanswered. Was the MP taken for a ride with a set of fake or far-fetched information by people hostile to Vahanvati? If so, by whom? Or has the A-G just succeeded in putting a lid on some uncomfortable questions?

By Uttam Sengupta with Bhasha Singh