A Broken Spring In A Factory Yard

Once one of the two most industrialised states in India, West Bengal has lost that mantle of pride, bit by corrosive bit, over the past 40 years. But the terrible attenuation has been getting worse—there has been a spate of factory shutdowns in recent times. The phenomenon has been attri­buted by ind­­us­tri­alists to the lack of an investor-friendly environment, fina­n­cial losses and violent clashes between wor­kers’ unions and company management. In the last three years, close to 90 ind­us­trial units have closed down, causing job losses to 1,33,000 workers. These inc­­lude 26 jute mills and 28 tea gardens—considered the mainstay of Bengal’s economy. Several companies, such as Jessops, which constructed both the Howrah Bridge and the Sec­ond Hooghly Bridge, are on the brink of closure. Though it has reope­ned on a trial basis, insiders say the crisis of debt and union problems con­­­t­inue. Among the industries to have bit the dust under Trinamool Congress chief minister Mam­ata Banerjee’s watch as CM are age-old ones, like Hindu­stan Motors and Shalimar Paints. The pictures tell their sad, despairing tales. 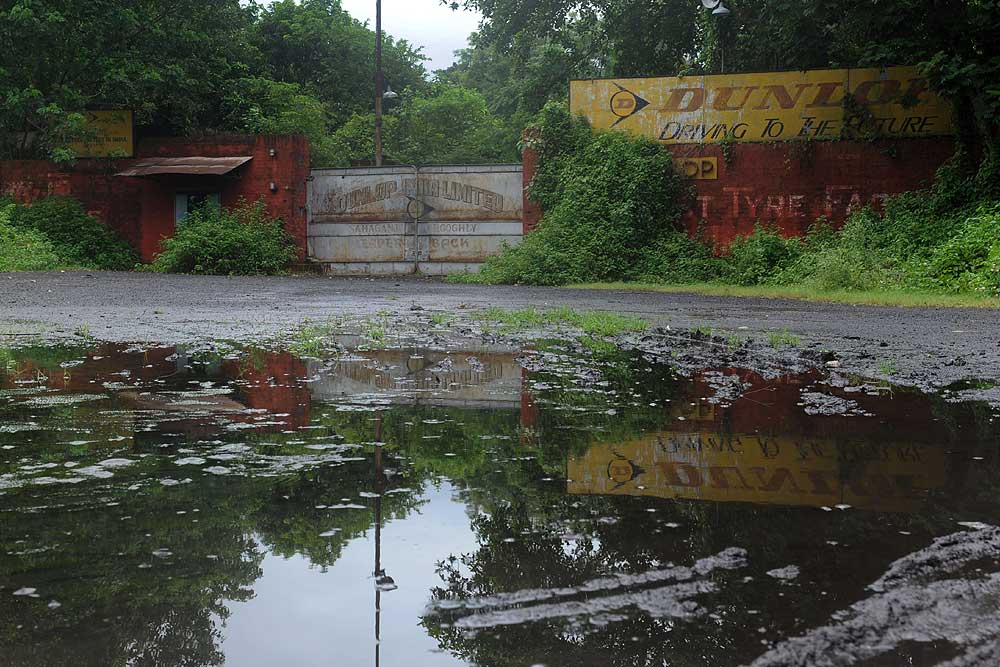 “It used to be my workplace and now it has turned into a jungle,” sighs an employee of tyre-makers Dunlop India Ltd, which shut down its factory in West Bengal’s Sahagunj in October 2011, five months after the TMC came to power. For the past three years, he has been hoping against hope that the management and government would take pity on the 900 workers who have been laid off, come to an agreement and reopen the factory, but in vain. The Pawan Kumar Ruia Group, owners of the company since 2006, claimed that the shutdown was forced on them by several factors. According to the company notice, these included “anti-­social activities and vandalism by a section of workers, ina­d­equate power supplies, exorbitant conversion cost, increase in raw material prices without corresponding increase in tyre prices, continuous losses and cash crunch.” Responding to the state government’s repeated demands that it reopen the factory, the company has reportedly issued several conditions, including improvement of law and order and police protection for managers and workers. According to government sources, another condition laid down by the company poses difficulties as it entails providing power, or at least giving clearance to the opening of a power project within the premises, in order to cut production costs. Stuck in an indefinite imbroglio, the chances of Dunlop reopening look dim. 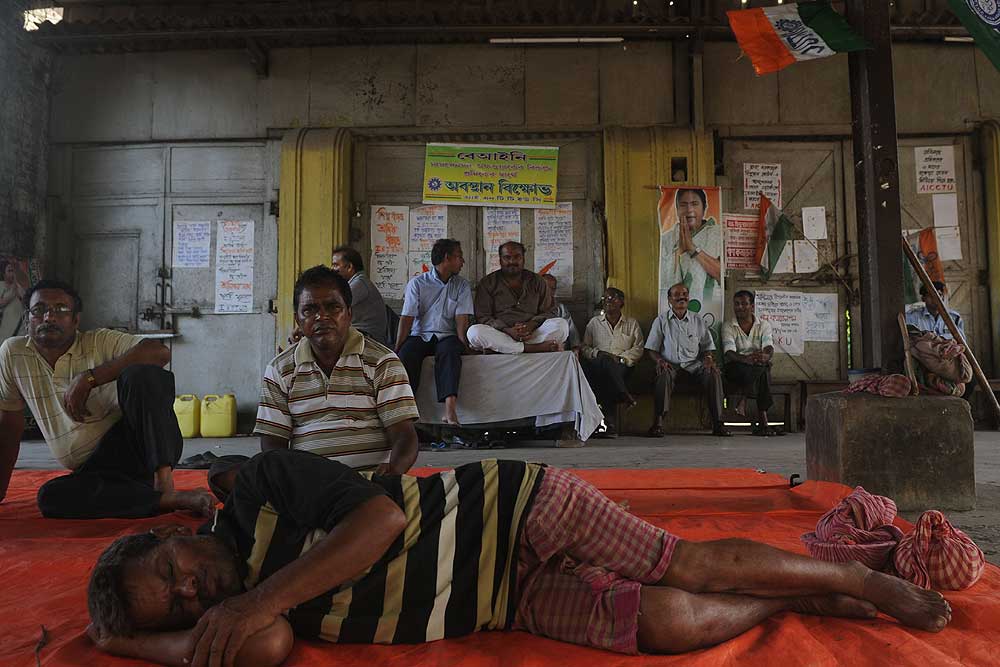 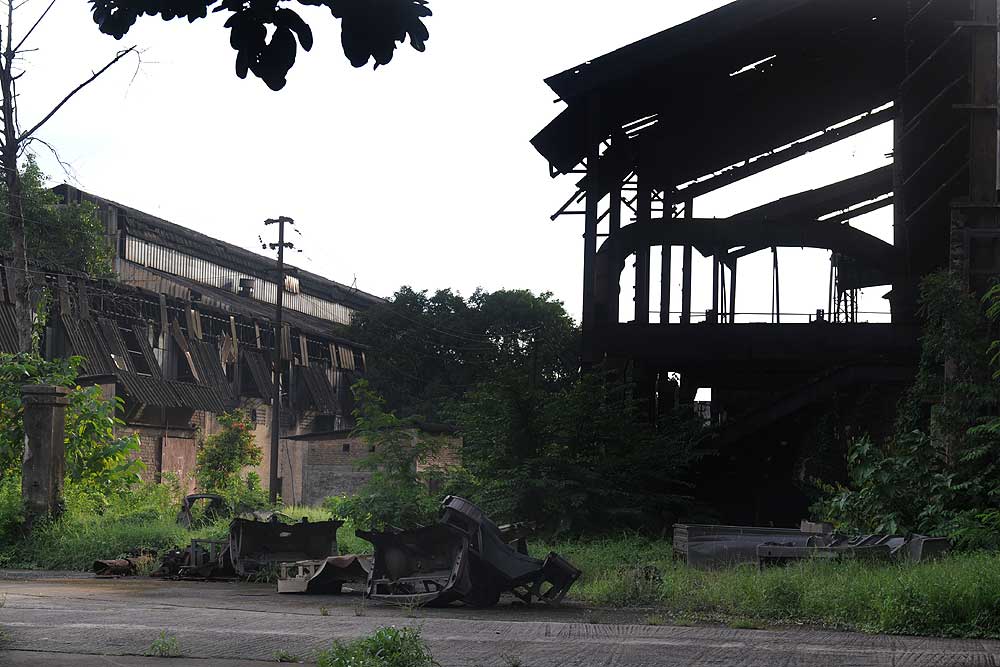 “I can still hear their footsteps, charging down the platform to catch the last train home,” whispers 51-year-old Uttam Das. The employee of Hindustan Motors, makers of India’s oldest car, the iconic Ambassador, which shut down its factory in Bengal’s Uttarpara in May this year, is recalling the company’s heyday, when production was at its peak. The end of working hours would bring about a near-stampede, as workers rushed to the railway station bearing the factory’s name: Hind Motors. Today it is all a memory for him and his fellow colleagues, who take turns to sit in on the daily silent protest that has continued since the day they found a ‘suspension of work’ notice served on them. The Birla Group, which owns Hind Motors, claimed the company is in debt and is reportedly getting no assistance in terms of loans from the government. Moreover, the management has expressed concerns over the recent spate of violence in the state. In a letter to the Bombay Stock Exchange, the company claimed that they would be unable to sustain production, citing “very low productivity, growing indiscipline, critical shortage of funds, lack of demand for its core product...and large accumulation of liabilities”. The West Bengal government has reacted in a pro forma manner, by issuing requests to the company for reopening the factory and has promised to do what it can to address security concerns. But it has not committed itself to bailouts. 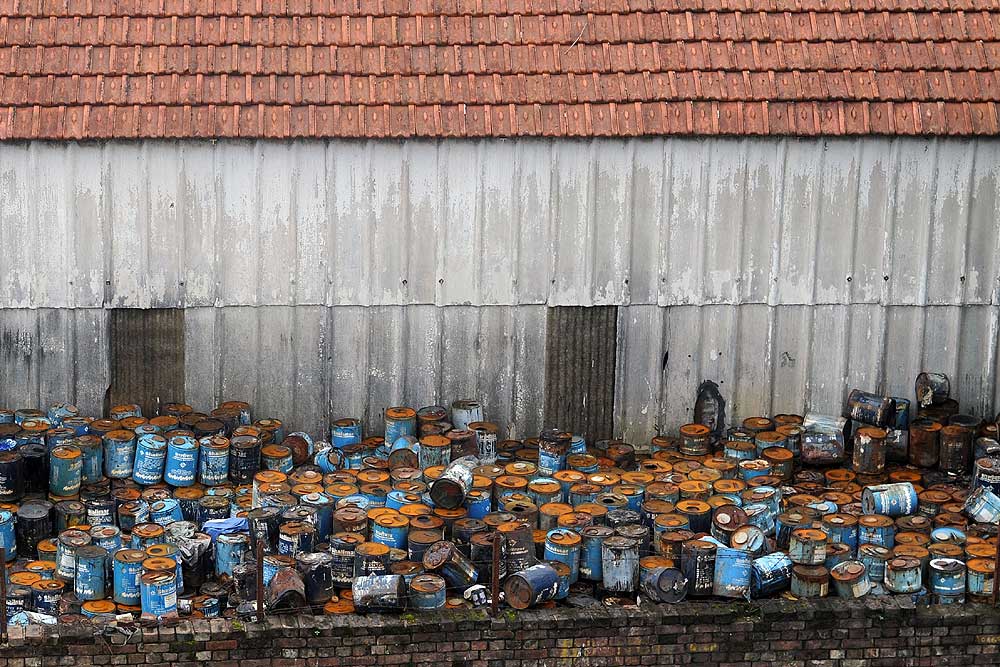 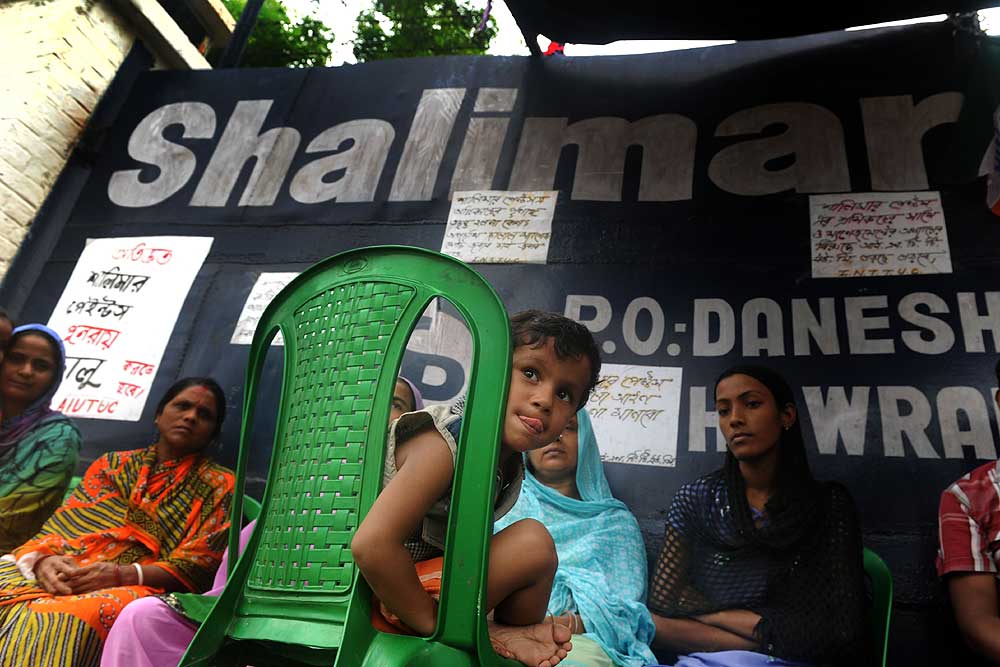 On the banks of the Hooghly in Howrah, across Calcutta’s iconic Howrah Bridge, is housed South Asia’s largest and oldest paint production company, Shalimar Paints. In industry-starved Bengal, the 113-year-old company has always been proudly held up by successive governments as a symbol of the state’s manufacturing prowess. After having changed ownership thrice, it is now the property of the O.P. Jindal group. The company itself is prestigious, its name an iconic one in Bengal. If steel-makers Jessops constructed the Howrah Bridge, Shalimar painted it. But this July, workers arrived one morning to find a ‘suspension of work’ notice displayed on the large iron gates of the factory. The company management attributed the decision to having incurred losses amounting to a few crores in a fire which gutted parts of the factory in March this year. Management spokespersons say that renovation would require at least Rs 12 crore. Workers’ unions, most of whom affiliated with the ruling TMC, say that the fire was not accidental, but a conspiracy by the management looking for a pretext to shut shop. An employee on the graveyard shift says, “Around 3 am, we suddenly noticed smoke emanating from one of the manufacturing units, which was the unlikeliest places to catch fire because it was practically vacant.”