A Bitter Pill For Aam Aadmi

Why is the government afraid to openly debate a move that may quadruple drug prices? 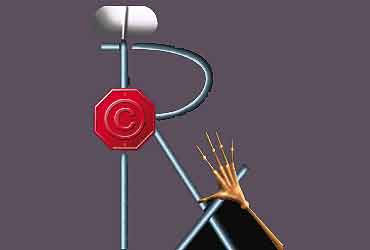 outlookindia.com
-0001-11-30T00:00:00+0553
While we are distracted by fallen gods and bickering billionaires, decisions are being made behind closed government doors that could mean the difference between life and death for millions of Indians. The issue is India's patent law, and this government's decision to avoid any public or parliamentary debate, to sneak in an ordinance (probably based on the bill introduced by the previous regime) to adhere to a World Trade Organisation (WTO) requirement that forces India to offer patents on medicines by January 1, 2005. The new patent law may lead to sky-rocketing prices—the cost of some medicines may double, triple, quadruple, or go even higher. Indian pharmaceutical companies may suffer serious setbacks, as could patients, for whom medicines already comprise an estimated 40-50 per cent of treatment costs.

Patents are temporary monopolies granted by the government and, because they block competition, they allow inventors a free hand with pricing. When economists want evidence of just how high medicine prices could go after patents are introduced, they look, for instance, at Pakistan—which allows patents. A recent study showed that the antibiotic ciprofloxacin costs eight times more in Pakistan than in India. Recently, India granted exclusive marketing rights—similar to a patent—to Swiss company Novartis for a medicine that works wonders on a rare form of cancer called chronic myeloid leukaemia. Novartis is trying to use its rights to shut out local manufacturers, who charged as little as Rs 9,000 per month for the medicine, so that it can charge Rs 1,20,000 per month without competition.

As it is, few patients can afford the lower prices; so how can they possibly pay more?

It was this that India had in mind in 1970, when it did away with colonial-era patents on medicines. In part, because of this decision, India became the world's biggest—and often cheapest—producer of generic medicines. Companies like Cipla and Ranbaxy have taken the world by storm—slashing the cost of a year's supply of AIDS drugs from $10,000 to $140. This has made it possible to treat AIDS in India, and other poor countries—and, through treatment, to turn a death sentence into a manageable chronic disease, like asthma or diabetes. Now, in order to comply with the WTO's trips agreement, India has to offer patents on medicines. No one knows how many medicines could come under patents—but many drugs developed in the last 10 years, and all those that may be developed in future, are at risk.

Who stands to gain? The MNCs that have huge coffers and a head start in r&d. As trade economist Jagdish N. Bhagwati noted, in the 1980s, software and pharma MNCs muscled their way into the WTO. They had a prophetic vision: if they could export strong intellectual property laws from the US and Europe to the rest of the world, they could extend their monopolies to new territories, and kill competition from emerging markets in one fell swoop. US and European governments readily obliged their corporate patrons. The result is an agreement that requires WTO members to adhere to minimum standards of intellectual property protection.

The dominant logic of patents is: more protection = more revenue = more innovation. But while profits for pharma MNCs will increase in Indian markets, economists conclude that since this increase will be so small—globally speaking—it will not spur local r&d. Indian patients will just pay much more for medicines. But none of this has to happen. By being shrewd about how it implements trips, India can comply with WTO rules, protect the health of its constituents, and continue to serve as a model for the developing world.

First, the new law must be changed so that India can refuse patents on minor innovations. Why give companies huge profits for simply combining two known compounds, or reformulating an old drug? Indian law has some curbs on the scope of patents; these must be strengthened. Consider this. It has been widely reported that there are 4,000 pharma patent applications in India's "mailbox", waiting to be examined. But according to the US government, only about 250 new chemical entities have been discovered in the 10-year period that the mailbox covers. Other applications are probably for variations on known medicines—new formulations, dosages, etc. This blanket patenting—a common practice in the US—can be prevented by a strict law that limits patents to major innovations.

Just as importantly, the new law must streamline the 'compulsory licensing' process, which allows the government to override patents on medicines when, for example, they aren't reasonably priced. Lastly, the new law should also maintain an important provision in the current Patents Act that permits challenges to frivolous patent applications before they are granted. Unless these steps are taken, red tape and costly lawsuits will tie India's generic industry in knots. Though these proposals are consistent with trips, they aren't included in the proposed ordinance. In fact, the government has acted in near-secrecy, closeting the revision process to a small ministerial group that has refused to invite public comment or publish a working draft of the bill. Unfortunately, the UPA is poised to push through almost the same, heavily criticised bill proposed last year by the NDA.

Ironically, India has been a model of how to use trips flexibilities to ensure access to affordable medicines. A humane, shrewd patent law was a cornerstone of this commitment to public health. There can be no retreat from this. For, at stake is the price of life. Can the Indian government seriously think that it isn't high enough already?