A Belief To Vote For

For the BJP, ideology has always been thicker than the country's Constitution 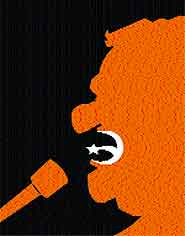 Prime ministers speak before the cameras all the time. Even their yawn becomes news. And A.B. Vajpayee is no exception. But there are speeches and speeches, and once in a while, often at innocuous venues, their speech becomes history. Vajpayee's speech to a carefully organised rally of Muslims, brought from all over the country to hear him (at whose expense?), was of this latter kind. On the surface, he said all the things one can expect of a prime minister going into an election: his sincere determination to usher peace in the subcontinent, his defence of the nation during the Kargil war, his repeated overtures to Pakistan and their ultimate success. He harped on India's economic progress and strongly refuted the charge that the BJP was a communal party, pointing out that if this had been the case, it would have been open only to the Hindus. He claimed the BJP had brought communal peace and there had been only a few minor riots during his time. He concluded by asking the Muslims to assess whether their lives had been better under the supposedly communal BJP than the supposedly secular Congress and to think hard before deciding whom to vote for.

But beneath the prime minister's typical campaign speech was another set of claims and implied promises. It is these that deserve to be noticed and admired. He was asking the Muslims to believe the BJP had moved a long way from its Hindu communal roots. The move began when the party ceased to be the Hindu Mahasabha and became the Jana Sangh. It gained enormous momentum when its leaders shared jail cells with other Opposition members during the emergency.

It admittedly took several steps back during the Babri Masjid agitation, which culminated in the destruction of the mosque in 1992. But that was the party's nadir. Since then, under the guidance of Vajpayee, and more quietly but effectively, of L.K. Advani, the BJP has put that sad period behind it.

Since 1993, it has slowly but surely shed its Hindu revivalist platform and reached out to build secular alliances with other political parties. For the past six years, it has ruled India in such an alliance, and thanks in no small measure to Vajpayee's sagacity, the alliance has been stable. Today, the BJP, and even more so the BJP as a part of the nda, is a party of the political centre. It is committed to serving not just Hindus but all the people of India. So, Vajpayee concluded, Muslims should see it as a centrist party not so different from what the Congress once used to be and shed their mistrust of it.

The Sangh parivar is an umbrella organisation headed by the rss. The rss has set up myriad organisations to perform different functions. It is therefore a 'man of all seasons'—that presents to each section of the public precisely the face that it wants to see. While the BJP is its parliamentary moderate face, it also heads the Vishwa Hindu Parishad, the Bajrang Dal—a body of lumpen youth inducted as its stormtroopers to do all the nasty work—the Ramjanmabhoomi Nyas, which is dedicated to building a Ram temple on the precise location of the now destroyed Babri Masjid, and educational societies whose proliferating schools inculcate not only a fairly high standard of education, but also the 'Hindu' view of India's past and future.

If we take the message, both spoken and enacted, of all these organisations together, we find the Sangh parivar has not changed its original agenda by one tiny jot over the past fifty years.All the civilising effect of the struggle against the Congress in earlier decades and of coalition politics now has been felt by the BJP. But by making the BJP quasi-autonomous, the rss has cauterised the rest of the Sangh parivar from the virus of secularism.

Vajpayee knows this only all too well. When he became prime minister, he had the choice of breaking the BJP's links with the Sangh and putting all of his eggs in the coalition-cum-secular politics basket. For obvious reasons, he could not do that. So, for all of the past five years, he has done the next best thing. He has tried, through the success of the nda alliance, to pull the entire Sangh parivar towards the political centre. That is the true significance of his new year 'musings'.

But in the end, he failed. The moment of truth was the Gujarat riots. When instead of rounding up potential VHP trouble-makers and clamping iron control on the state, Narendra Modi decided to endorse the VHP's call for a bandh and tied the hands of the police, Vajpayee should have immediately brought the state under President's rule, for this is what the Constitution clearly empowers the Centre to do when there is a breakdown of law and order. But instead, he allowed Modi to stay. When he sought to chastise Modi at Goa two months later, his own law minister revolted and went to Ahmedabad to bring Modi to Goa as a conquering hero.