It's Awaara that endures, not 1962. Hindi-Chini bhai bhai, it seems, is neither myth nor cliche.

Reel And The Real

When Zheng Xiao Wen first came to India a decade ago with her Mumbaikar boyfriend M.H. Pastakia, she was surprised by the lack of gaiety in public life. There were no beautiful, young people dancing and singing in the streets or parks, nor was the countryside resounding with laughter and song. "We in China really believed that Indians are a very happy people who danced and sang all the time!" laughs Zheng. "For, we used to watch Indian movies, particularly Raj Kapoor's Awaara, most of the times, because those were the only movies available to us then." 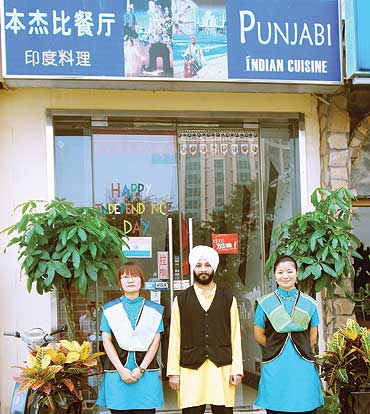 Waiters at a Punjabi restaurant