A Back Home History

A bold attempt to invent a full, enabling literary tradition for the IWE 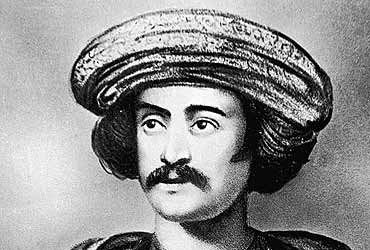 Long years in the making, the Illustrated History of Indian Literature in English—hereafter ihile—brings together 24 especially commissioned essays on different aspects of its protean, plastic subject. The Introduction goes some way towards elucidating the principles of inclusion and exclusion—but I doubt these criteria will satisfy an immigration clerk or, indeed, tidy-minded scholars. But India is a loose, holdall category, and would have forced its amorphousness upon any history, even if it did not take recourse to trendy rhetoric about porous borders and imaginary homelands. Thus, apart from the usual suspects, there are chapters on Gandhi and Nehru (Sunil Khilnani), on Verrier Elwin (Ramachandra Guha); Sudesh Misra contributes a chapter on the writers of the Indian diaspora and Mahesh Rangarajan writes on "five nature writers". There is even a chapter on "translations into English". The Introduction itself is, of course, thoughtful, incisive and well-written. (The same goes for many of the essays, by diverse "specialists".) With such a star cast—the "usual suspects", need I say, refers both to the writers and to the "specialists"—it would have been surprising had there not been many, many good things in this volume. Too many to write about in this short review, in fact.

What is most remarkable here is the bold attempt to invent a full, enabling tradition for the iwe, comprising not only litfolk but all who have made of English an Indian thing. The irony, however, is that most iwe would still wish to see themselves as belonging to some vague global community, denizens of "World Literature", described by Pico Iyer as "...creators and creations of a new post-imperial order in which English is the lingua franca, just about everywhere is a suburb of the same international youth culture, and all countries are a part of a unified CNN and MTV circuit, with a common frame of reference in MacDonald’s, Madonna and Magic Johnson."