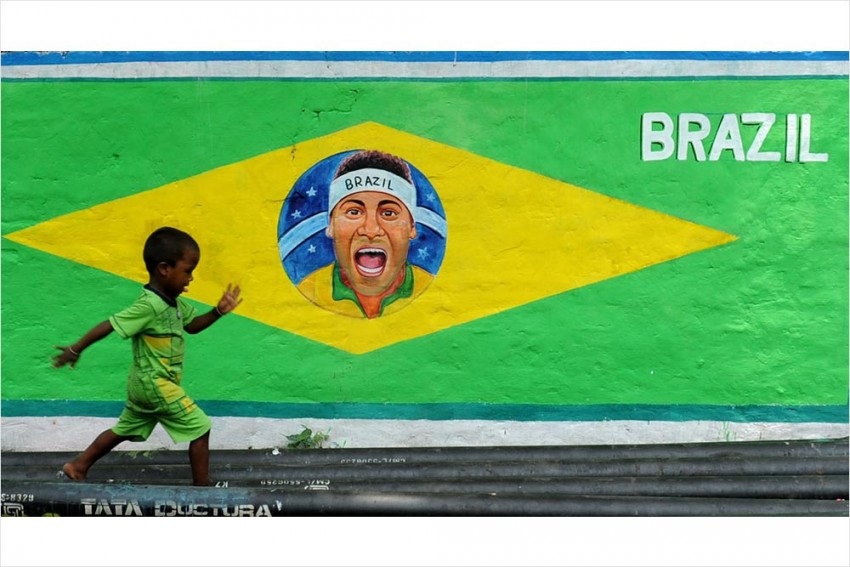 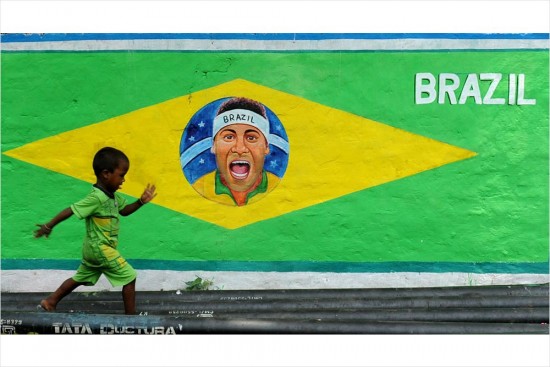 You never forget your first World Cup. At least I never have. I can picture it now. A fresh-faced and twinkle-toed Michael Owen, dancing around a pack of Argentine defenders as if they were little more than stationary training cones, before lashing the ball into the roof of the net. Watching Owen light up the greatest tournament of them all through a thick fog of smoke in an old east London pub at the age of seven (my Mum might not be happy with my public retelling of this story) is one of the enduring memories of my childhood. Looking back now, it was at that precise moment that I fell in love with the beautiful game.

Football had entered my stream of consciousness before an 18-year-old Owen scored one of the greatest, if ultimately ­fut­ile, individual goals in the hist­ory of the competition, yet it was France ’98 that seared the game onto the brain on a ­permanent basis. It’s not ­presumptuous to assume that other memorable moments at the World Cup have had a ­similarly transformative affect on many fans. David Beckham’s redemptive penalty kick against Argentina in 2002, Ronaldo’s glorious return in the same competition, Fabio Grosso’s eye-popping celebrations after sending Italy into the final in 2006, Siphiwe Tshaba­lala’s wonder-goal in the opening game for South Africa in 2010, Andres Iniesta’s poignant tribute to his friend Dani Jarque after scoring the winning goal, and James Rodri­guez emerging as a world-class star in 2014 are all magical moments I can recall vividly.

The World Cup epitomises football at its very best—a unifying force in a world too often fighting against itself. Regard­less of one’s age, gender, religion, race, sexual orientation and even nationality, the World Cup can come to symbolise something other than just a football competition. It is an event that transcends the characteristics that differentiate and divide us. 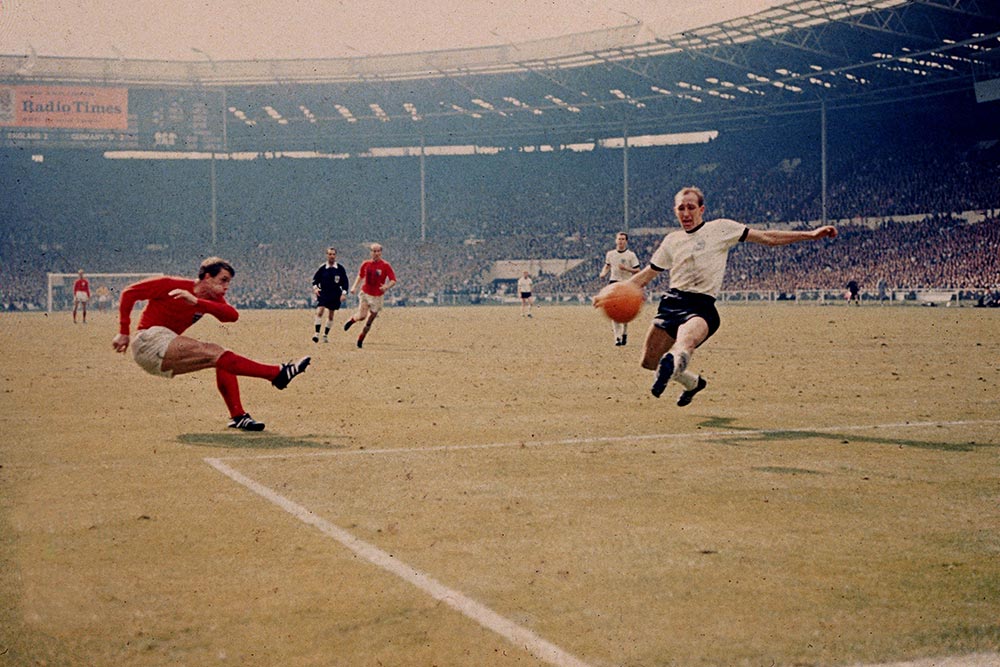 History of the Cup

Considering FIFA came into being in 1904, it is surprising that the World Cup is less than a century old.

It is hard to imagine football without the World Cup, yet the competition itself is less than a century old—the centenary year comes 12 years from now, in 2030. Considering FIFA, world football’s governing body, came into being in 1904, it is surprising that it took so long for an int­ernational competition to be created, particularly as football had featured in all but one of the eight Olympic Games pre-1930.

Eventually, FIFA started to formulate a plan to create an int­ernational football tournament in 1928 and two years later the World Cup arrived, with Uruguay playing host. For any grand plan, there is always someone behind it and the key driving force behind the World Cup was the FIFA president at the time, Jules Rimet.

Though the establishm­ent of the World Cup was predominantly down to Rimet, a French­man, individuals from all over the globe have left an indelible mark on the competition. No player has won the World Cup more times than the Brazilian Pele, who lifted the Jules Rimet trophy in 1958, 1962 and 1970. A German, Lothar Matthaus, has made more finals appearances (25) than any other player, eventually winning the competition in 1990 on Italian soil.

The Golden Boot award handed to the top-scoring player of the tournament has been won by players drawn from 16 different nations, inc­­lu­ding Croatia, Bulgaria, Poland, Chile and Hungary. James Rod­riguez, of Colombia, now holds the Golden Boot after scoring five times in Brazil four years ago. It truly is the global game. 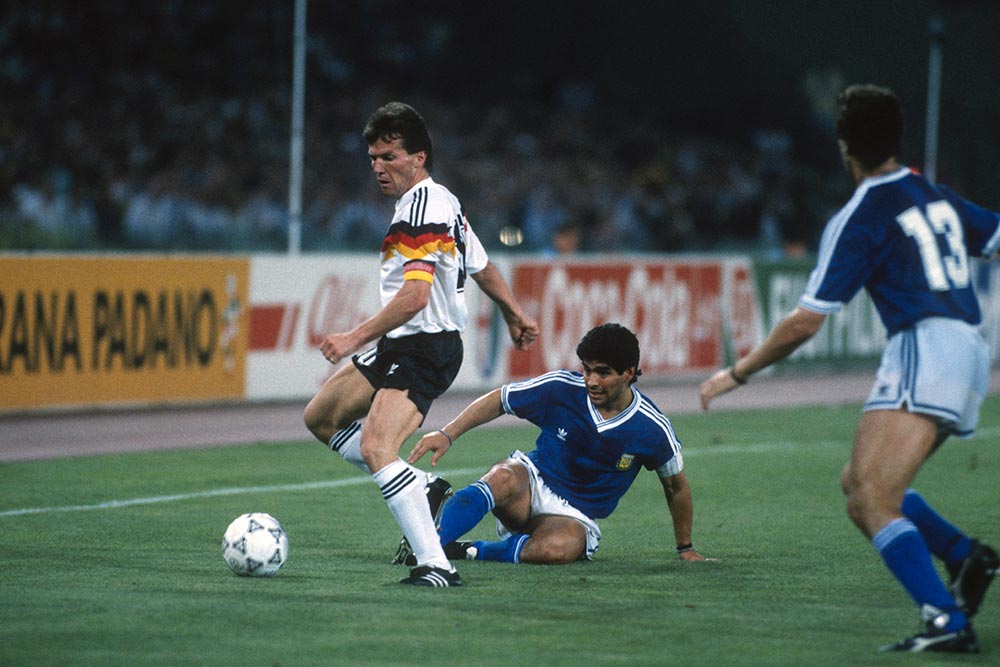 No nation has won more World Cup titles than five-time winn­ers Brazil and they are the fav­ourites to lift the trophy after dominating the not­oriously challenging South Amer­ican qualification group, fin­ishing 10 points clear of second-­placed Uruguay and losing just once in 18 matches.

From back to front, Brazil boasts world-class players in every position. In defence, Alisson is fast emerging as one of the best goalkeepers of the modern game, Marcelo and Thiago Silva are in front of him, while Philippe Coutinho, Neymar and Gabriel Jesus form a potent partnership in attack. The ­reserve options aren’t bad either with Ederson, Filipe Luis and Roberto Firmino, among those likely to have to make do with a place on the bench.

An amalgam of star names and world-class talents isn’t enough on its own and much of Brazil’s recent success has been down to the expert coaching of Tite. The ex-Corinthians manager has so far found that most elusive recipe for success by making Brazil resolute defensively and devastating offensively. Crucially, he has moulded a team that the Brazilian public can be proud of and excited by once more. 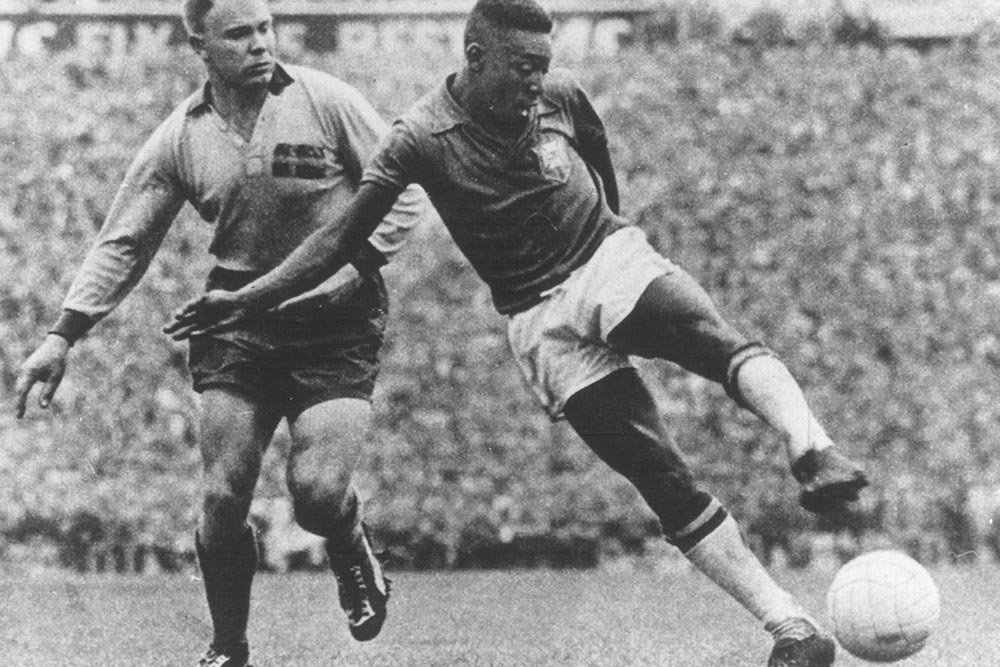 There will also be a burning desire on Brazil’s part to put right the wrongs of their disastrous home World Cup last time out. Brazil’s 1-7 hammering at the hands of a ruthless Germany in the semi-finals was the most shocking result in World Cup history and effectively ended a few international careers. Rat­her tellingly, only six players have retained their places in the squad this time around.

Germany are also well-fancied to retain their crown and only Brazil are ran­ked higher than Jogi Low’s side in the latest FIFA world rankings. With Italy absent, Germ­any are out on their own as the second-most successful nation in World Cup history and they will be bidding to ­become only the third country to win back-to-back World Cups, and the first since Brazil in 1958 and 1962. 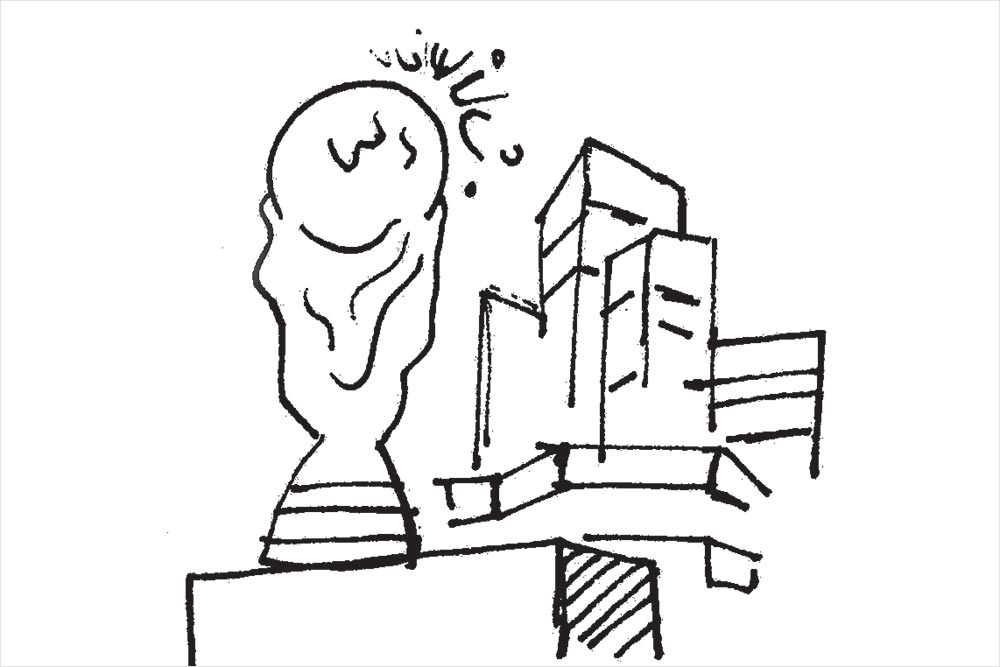 The original FIFA World Cup is kept at the ­Football World Museum in Zurich, ­Switzerland. The ­inscriptions on the cup bear the names of the winners in their ­national language along with the edition of the tournament they won.

Plenty has changed from four years ago, but plenty rema­INS the same. Stalwarts of the 2014 win—Mats Hummels, Jerome Boateng, Toni Kroos, Sami Khe­dira, Mesut Ozil and Thomas Muller­—are likely to play imp­ortant roles again in Russia. The unmistakable figure of Manuel Neuer could yet be involved too after being named in Low’s squad despite failing to make an appearance for club or country since September due to injury.

Philipp Lahm, Bastian Sch­weinsteiger and Miroslav Klose were among those to call time on their international car­e­ers post-2014, but they have all been seamlessly replaced. Jos­hua Kimmich, Leroy Sane, Leon Goretzka and Timo Werner are all 23 and under and, more imp­ortantly, outstandin­gly gifted. R.B. Leipzig Werner has been handed the no. 9 shirt and will be looking to become the third German to win the Golden Boot in the last four competitions, following on from Klose in 2006 and Muller in 2010.

The two other nations likely to be in the frame are France (1998 winners) and Spain (2010 winn­ers), with Didier Descha­mps and Julen Lopet­egui able to call upon a host of talented stars to fill their squad places. So deep are both nations’ talent pool right now, the players ultimately left ­behind have filled as many, if not more, column inches than those actually chosen. 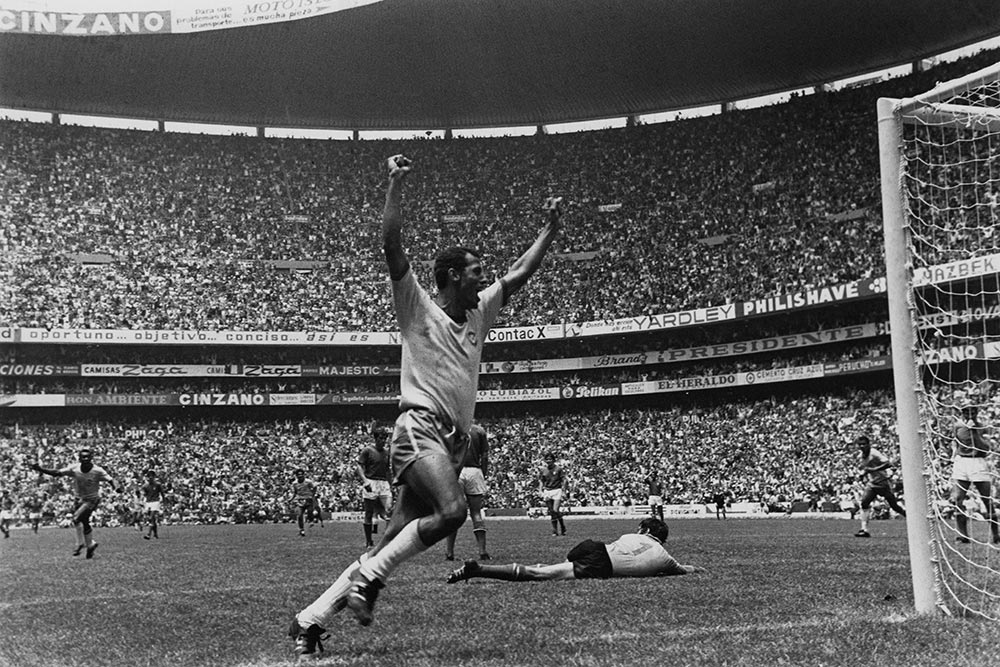 France, like Brazil, fell short of a major tournament win on home soil (although not quite in such humbling fashion) when they were beaten by Portugal in the Euro 2016 final. A couple of years on and Les Bleus are a more complete and dangerous side, thanks to the emergence of Kylian Mbappe and Ous­mane Dembele over the past two seasons. Despite being just 19 and 21, respectively, Mbappe and Dembele are the second and fourth most expensive footballers of all time and they will join an all-star attacking cast that also inc­ludes Antoine Griez­mann, who could join Barcelona from Atletico Madrid in the summer.

As for Spain, well, their midfield remains arguably the best in world football. This tournament will be surely Andres Iniesta’s farewell on the international stage, but, as he demonstrated for Barcelona in the campaign just gone, there is life in those magic feet yet. Sergio Busquets, Thiago Alcantara, David Silva, Koke and Isco will all be competing for two or three places, depending on which system Lopetegui ends up choosing. Up front, ­mean­while, Diego Costa won the battle with Alvaro Morata for a place in the squad.

Of the outsiders, 2014 runners-up Argentina do not app­ear as strong this time around, although they do have the added bonus of having one of the greatest footballers of all time, Lionel Messi, in their ranks. Messi approaches the tournament in supreme form, having top-scored in Europe’s top five leagues with 34 in La Liga alone. Gonzalo Higuain, Paulo Dybala and Sergio Aguero will be competing for a place alongside Messi in attack after Serie A’s joint-top goalscorer Mauro Icardi failed to make the squad.

Belgium have flattered to deceive in tournaments and, like Eng­land a decade or so ago, ­struggled to live up to the ‘golden generation’ tag thrust upon them. Any team with Thibaut Courtois in goal, Toby Alder­weireld, Vincent Kom­pany and Jan Vertonghen in defence, Kevin De Bruyne in midfield, and Eden Hazard, Dries Mertens and Romelu Luk­aku in attack, though, has to be respected.

Portugal crashed out of the group stages in Brazil before winning the Euro’s and, with Cristiano Ronaldo, anything is possible in Russia. An ageing def­ence could be their biggest downfall. Croatia and Uruguay could also surprise people, while Senegal and a Mohamed Salah-inspired Egypt look to be the pick of the bunch from Africa.

England’s expectations are surprisingly low for the first time in a long while. Yet, there is a real cause for optimism among supporters. In Gareth Southgate, England finally seems to have found a manager keen to instil a set playing philosophy and build his team around that, rather than the other way around.

Southgate has done himself no harm by jettisoning some of the underperforming old guard, with Joe Hart and Wayne ­Roo­­ney moving on and young ­players being promoted in their place. At 24, Harry Kane will ­become the youngest England captain ever at a World Cup and the country’s hopes of reaching the latter stages largely rest on his shoulders.

Brazil are the favourites after losing just once in 18 matches in the South American qualification group.

Matters on the pitch have largely taken centrestage now, but, earlier this year, most talk surrounding England in Russia centred around off-field matters. The poisoning of a former Russ­ian spy, Sergei Skripal, and his daughter, Yulia, in Salisbury in March sparked a major breakdown in diplomatic relations. British politicians blamed Rus­sia for the poison attack—delivered via a nerve agent known as a novichok—while Russia rej­ected the claim that they had anything to do with it. Yulia was released from hospital in April with her father following suit this month. Both had initially been in a critical condition.

That isn’t the only incident to have affected Anglo-Russian rel­ations and the other was related to football. The opening days of Euro 2016 were marred by fan violence as Russian and English fans clashed inside and outside Marseille’s Stade Velodrome stadium. There have been num­erous reports since then that ­organised hooligan gangs in Russia would target England fans specifically during the World Cup. It is perhaps this which explains why ticket sales for England games number the 30,000 mark—far lower than had initially been anticipated.

There are legitimate question marks surrounding Russia’s suitability to host the tournament and FIFA, as an organisation has been in urgent need for reform for far too long. There is hope under the new president, Gianni Infantino, that the beautiful game can become free from corruption in the future.

Meanwhile, it is becoming imp­ossible to not get swept up in the romanticism of the competition. The sticker books, the new kits with a retro twist, the squad announcements and more have resulted in fans worldwide counting down the days until June 14. I, for one, can’t wait for it to get started.

(The writer works for i ­newspaper and Sky Sports, specialising in football)