How Maharashtra ATS tailored reports given on different dates, at different police stations and before different officers

In 2006, the Maharashtra ATS arrests 13 Muslims, most of whom are SIMI members and had been under police watch since 2001, for the train bombings.

In September 2008, the Mumbai Crime Branch in a nationwide crackdown on the Indian Mujahideen arrests a terror suspect named Sadiq Shaikh. Besides the crime branch, he is interrogated by more than half a dozen anti-terror agencies in the country. For the next six months on different dates, at different police stations and before different officers Sadiq says that it is he and his accompli­ces—completely unrelated to the 13 Muslims previously arrested by the ATS—who were involved in the train blasts. 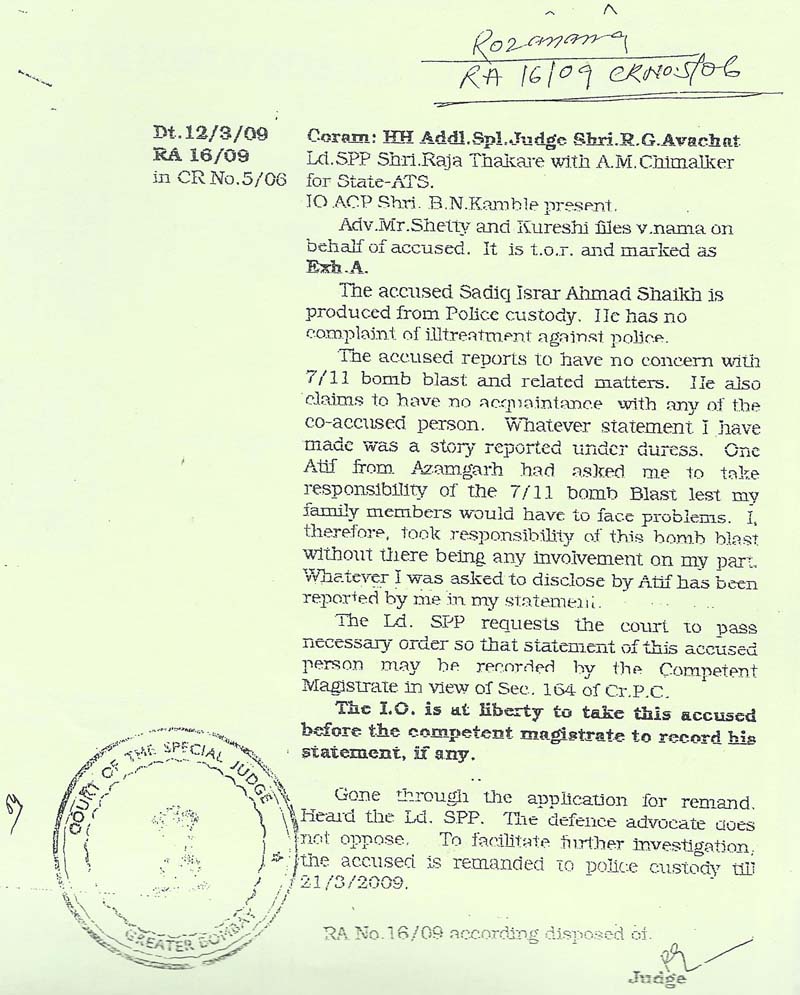 In 2009, officer K.P. Raghuvanshi, under whose supervision the 13 Muslims were arrested, was brought back as ATS chief. In March 2009, after three weeks in the ATS lock-up, Sadiq is produced by the squad bef­ore a magistrate. Now Sadiq does a U-turn and claims that he had falsely confessed to his role in the 7/11 blasts. This when Sadiq’s self-confessed involvement in a string of other terror attacks like the Ahmedabad blasts is accepted by other agencies. But in the 7/11 case he is let off and the 13 originally arrested continue to be behind bars

IRs of Sadiq Shaikh by OutlookMagazine

The Terror After The Event