Promoters are selling their stakes at alarming speeds. A signal for the retail investor to watch his step. 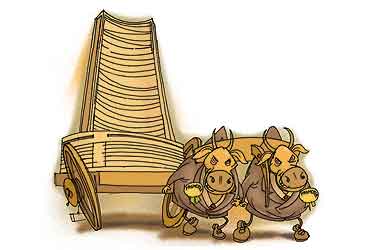 outlookindia.com
-0001-11-30T00:00:00+0553
Is there anything common between American promoters like Martha Stewart and Kenneth Lay, and their Indian counterparts like Jeetendra (Balaji Telefilms), Manmohan Shetty (Adlab Films) and K.N. Saraogi (Balrampur Chini)? Nothing really, except that all of them sold their personal stakes in their companies at huge profits. It seems, like in the US, Indian promoters are cashing in on the current bull run. Except for one minor—and crucial—difference: as of now, the moves in India have neither become controversial nor got the regulators breathing down the promoters’ necks. The Stewarts and the Lays, of course, knew that their companies were heading towards disaster, that their stock prices would crash soon and so they cashed out at the right time.

But the fact remains that Indian promoters have realised there’s a killing to be made on the exchange. So, whether it’s diluting their holdings, floating new issues to raise fresh capital, or seeking other opportunities to make personal gains, the owners are behaving like part investors. And why not? This is the time to make money as the bse Sensex pierces past the 6000 mark and eyes the 7000 one. At the same time, there’s a growing apprehension that at least some of the promoters may bring the Sensex crashing down if things are not regulated well.

Look at some recent revelations that sent people into a tizzy. According to SEBI, 150 top honchos (including promoters) of 47 companies have sold 20 million shares in the open market over a two-month period ending January 2004. Prominent among them were 29 ICICI Bank bigwigs, including MD and CEO K.V. Kamath, and other senior managers like joint MD Lalita Gupte and deputy MD Kalpana Morparia. Other CEOs in that elite list: Som Mittal, MD, Digital GlobalSoft, and K.K. Mistry, MD, HDFC. Promoters who have partially cashed out in the recent past were, apart from the names mentioned above, owners of several software firms like Satyam Computer, Visual Software, Mastek, Aztec Software and Eonour Technologies.

No doubt these sales were above board, but they still had a few tongues wagging. "Promoters have a fiduciary relationship with their companies, so these caretakers and trustees of enterprises could send negative vibes by selling off large tracts of their holdings," says Kashyap Mehta, head (equity sales), Anagram Stock Broking. The problem becomes accentuated when one realises that promoters are using other routes to make personal gains even while they continue to reap grand harvests at the Sensex under total control of the bulls.

One of the preferred way, is the "offer for sale" route. In such cases, firms raise money from the public, but instead of issuing new shares only, the promoters and other big shareholders sell a part of their holdings. On the face of it, there’s nothing wrong with this. The government does it when it dilutes its stake in psus through the market route and venture capitalists do it whenever they take their companies to the market since that’s one way to recover their investments. But eyebrows are raised when promoters do it because, as with the VCs and the government, the money goes into the personal coffers of the promoters and not the company’s.

In the past five months, at least four promoters have done that (see graphic Promoters: Selling Out). And, in some cases, the shares were issued at a huge premium over the face value. Therefore, the owners were able to earn substantial profits. "This typically happens with unlisted firms that decide to tap the markets for the first time. Many owners realise that after listing, they will be unable to treat the companies as their fiefdoms. So, they decide to make some personal gains as a bargain," says a Mumbai-based investment banker.

Possibly, the worst (although still not wrong or illegal) practice among promoters in a rising market is using the preferential allotment route. In this case, the promoters sell a part of their existing holdings in the open market but at the same time, allot themselves fresh shares at a much lower price. The sale could happen either before or after the fresh allotment. This achieves two objectives: the promoters’ shareholding remains intact or nearly so, and they make a lot of money. In fact, market sources say that regulators like SEBI and even the officials of the Bombay Stock Exchange are getting worried about this now-growing habit.

What all this does is to somehow impact investor sentiment, especially in the retail segment. Because, in the end, they are the ones who take a beating and lose their shirts if things go wrong. However, the worst impact on the bull run normally happens during the ensuing spate of ipos (initial public offerings) and public issues, a number of which turn out to be dud ones. And experts fear precisely that as the ipo race hots up in the near future. But to understand whether such doomsaying will turn out to be true, look at what’s really happening out there.

Upcoming public issues have suddenly become a Rs 40,000-crore opportunity with as many as 56 of them slated to hit the market this year. But there are a few positives this year, compared to the previous issue booms where investors lost everything they had and were saddled with dud shares, huge losses and vanishing promoters. For one, it’s the nature of companies that are raising capital. Nearly half this amount will be picked up by psus like ongc, gail and ntpc, and public sector banks. And none of these run the risk of closing down or evaporating in the near future.

Even among the remaining ones, there are renowned companies like Tata Consultancy Services, NDTVand UTV, which have been in operation for years and have a certain brand image. So, that leaves us with a small number where the investors may have something to fear. In fact, research by our sister publication Outlook Money indicates that one should possibly avoid 22 of these issues. But the important thing to remember is that the not-so-good issues plan to raise less than Rs 300 crore. So, the investor has enough choices to put money in good ones.

As far as the regulatory mechanism is concerned, the Indian markets have become much better and more efficient. SEBI too has introduced new rules and regulations that will safeguard the interests of small investors. In addition, the process where investors bid for shares, rather than buy at a fixed price, helps them decide how much they want to pay for certain companies. "Today, the regulator is more watchful, the investors smarter and the promoters more professional," says an investment banker who has been through several issue booms and busts.

On the flip side, there are still some gaping holes in regulations. For instance, Prithvi Haldea, MD, Praxis Consulting, reveals that the definition of promoters itself is quite confusing. In fact, they are defined differently under the Companies Act, stock exchanges listing agreements and the takeover code. And if one considers the subtle distinctions, there are seven or eight ways to define them as per Indian laws and regulations. All this leads to situations where erring promoters find it easy to hide crucial information from investors. In some cases, even good managements fail to disclose adequately.

A few examples. In March 2003, the Reliance group held 43 per cent stake in the power company bses. But in the information filed by the company with the bse, the group was listed as non-promoters. Subsequently, Reliance was shown as the promoter. The bankrupt and controversial Home Trade showed that its promoters held 68.09 per cent stake. Actually, the figure was much higher, may be over 90 per cent. And in another case, an individual was shown to own 9 per cent of a company and was not listed under the promoters category. But in media reports, he was billed as the main promoter of the company.

Haldea is also apprehensive about the non-standardisation of disclosure documents prior to the public issues. Each company provides the information in a different manner and sebi, which scrutinises the offer documents, does not have the manpower or the time to insist on standardisation. All that it does is to tell managements to disclose all the information that the regulator considers relevant. A glance through almost any prospectus or offer document is enough to prove that they confuse more than they clarify. That critical information is buried somewhere in the reams of paper. More information is not generally better, definitely not in the case of companies.

But what can hurt the Sensex most are a series of bad issues. Although, at the moment, the chances look dim, the situation could change pretty soon. Especially when promoters realise this is an easy and simple way to raise money. There are whispers about small firms who are changing their names and businesses merely to make themselves more attractive to the investors. Obviously, a lot of these small companies would window-dress their accounts. However, the number of such companies entering the market is still low and the amounts they wish to raise measly.

If this trickle becomes a flood, as it will if the Sensex continues its rise, there could be a problem. Experts say that of the 600-odd companies that have announced their intentions to raise money over the next year or so, 80 per cent are small companies. The chances of finding dud ones among them would be higher, compared to the current crop of firms that are coming out with ipos and issues. Therefore, the regulators have to be more careful now than ever.

The fact is that everyone tries to ride the market boom and make money out of it. Be it retail investors or institutional ones. Be it large shareholders or promoters. And it’s normally the more powerful ones who have better chances of manipulating the markets to their advantage. So, it’s for sebi, the finance ministry and the stock exchanges to ensure that this boom doesn’t peter off soon. At least, not in the next few months.