Caste panchayats have outgrown their function as local dispensers of justice. Today, they are epitomes of cruelty 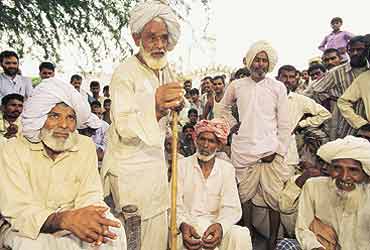 Married off at just 14 to soldier Mohammed Arif of Mulandi village, Gudiya had barely spent a week with him when Arif was called to duty at the Kargil war. Declared deserter by the army soon after, he was given up for dead as time went by. Even so, it was only after four years that the "widowed" Gudiya's parents, with the community's consent, married her off again, to her cousin Taufiq. Then a prisoner-of-war swap between India and Pakistan saw Arif rise from the dead and return home to a hero's welcome. Gudiya was by now settled and pregnant; but the panchayat took over, declaring her second marriage invalid, restoring her to her 'rightful' owner-spouse Arif, and announcing that the yet-unborn-child was to be with its mother "till it grew up to a reasonable age". In a daze of personal pain and public glare, Gudiya's spoken stances swung this way and that, from professed love for one husband to the other. For, her choice was now far from personal; it was being yanked and elbowed in various directions by family, community, religion and media madness. But even so, she shared the one invariable in her life's changing equations with Outlook: "Nothing in the village can happen without the consent of the panchayat, I'll live with whoever the panchayat tells me to." 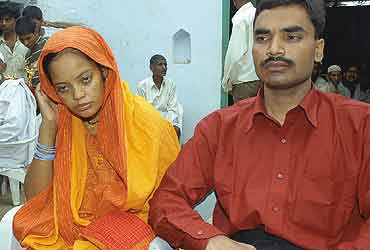