In the rogue's gallery of the 12th Lok Sabha are criminal MPs, dons and the Ayodhya accused

MANI KUMAR SUBBA has swaggered into the 12th Lok Sabha, thumbing his nose at Congress observers who had demanded that he be denied a ticket because of his reputation: an alleged murder conviction in Nepal, a booming lottery business in Assam. The Guwahati press decried the blitzkrieg of colour TVs, currency notes and liquor with which he wooed his electorate in vain as Maniraj Limbu alias Subba was declared elected from Tezpur.

Anand Mohan, charged with multiple cases of murder, including that of a district magistrate, has likewise romped home with a generous margin. He was detained twice and arrested once during the course of electioneering. The Sheohar district administration had to rescue former Bihar minister Raghunath Jha from being beaten up by him on polling day.

A vivid testimony to the primacy of money and muscle-power in Indian politics. Of the 72 candidates with criminal proceedings pending against them, listed by Outlook in its February 23 issue, 27 have been elected to the Lok Sabha. Among them are the accused in the Babri Masjid demolition case, those charged with corruption and well known "dons".

Former Supreme Court chief justice J.S. Verma has lent his voice to the chorus of demands to debar persons of "criminal background" from contesting. "Anyone facing prima facie charges under the category of cases already specified in section 8 of the Representation of People Act should be disqualified", he says. Even if, like Ghosi MP Kalpnath Rai, they are eventually acquitted.

It was Justice Verma who struck the first blow for political reform in 1980, when he ruled that a convicted person had no right to contest an election, regardless of whether the sentence was suspended and the appeal pending in a higher court.

Chief Election Commissioner M.S. Gill pronounces himself satisfied with the overall conduct of the poll, given the severe constraints within which the EC functions. After all, he says, "I am playing chess with 25 chief ministers. I cannot checkmate them all." Violence was at an all-time low with only 65 deaths, the CEC points out. Not a single death was reported in violence-prone UP, where 100 people died in 1996. Voter turnout increased by almost four per cent over 1996 to 62.2 per cent, at least partially as a result of "constant assurances" by the EC through the electronic media.

Gill has a point. In UP, voters appear to have decisively rejected candidates with a known criminal history—Brij Bhushan Singh (BJP) from Gonda, Phoolan Devi (SP) from Mirzapur, Ram Sajivan

(BSP) from Banda, Ramakant Yadav (SP) from Azamgarh and D.P. Yadav (BJP-backed BSP rebel) from Sambhal were routed. Those who have won include Gangacharan Rajput, Ashok Singh and Mitrasen Yadav. Only nine of the 30 listed have been elected.

In Bihar, however, strong-arm politicians continue to dominate. In fact, there will be more of them in the 1998 Lok Sabha. Apart from the rogue's gallery of Anand Mohan, Shahabuddin and Taslimuddin, Prabhunath Singh, Shakuni Chaudhry and Bijay Singh Soy have also won. According to an eye-witness, in Maharajganj where Prabhunath Singh won with the largest margin in Bihar, a series of poll-eve blasts kept voters home allowing free rein to ballot pirates. Pappu Yadav and Kali Pandey, however, lost. One of the candidates with a criminal background, Devendranath Dubey, was murdered on February 24 and the possible involvement of the husband of winning candidate Rama Devi is being investigated.

"There has been a marked difference in UP and Bihar in this respect. Given the fact that they share so many characteristics, this points to a difference in political culture. In UP, the urban and rural middle-class are more sensitive to public pressure. Messages through the electronic and print media reached every constituency. An important reason for the rejection of criminality, irrespective of party affiliation," says political analyst Satyamitra Dubey.

While both UP and Bihar saw a post-Independence decline in clean politics, UP is more receptive to the media debate on criminalisation of politics, Dubey feels. As for Bihar, Samata Party stalwart Nitish Kumar makes a distinction between booth-capturing and criminalisation of politics. "Do not mix the two issues. Rigging is a fact of life in Bihar, West Bengal and UP. It is usually in favour of the candidate who already has the winning edge. Violence during elections is a consequence of booth-capturing or defending."

Ayodhya was clearly not an issue, as most of the accused in the case have been elected—Murli Manohar Joshi, Devendra Bahadur Rai, L.K. Advani, Uma Bharati, Swami Sachidanand Sakshi and Vijayaraje Scindia. Insofar as corruption charges are concerned, the results have been mixed—petroleum scam accused Satish Sharma lost from Amethi, hawala accused Devi Lal from Rohtak and JMM accused Ajit Singh from Baghpat, all three to candidates not tipped to win. But Bhajan Lal, Laloo Prasad Yadav and C.K. Jaffer Sharief, chargesheeted in the JMM, fodder scam and income tax cases respectively, have all been elected. 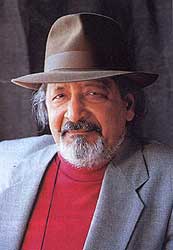 'For Me Writing Is The Noble Calling. It Deals With Truth.'