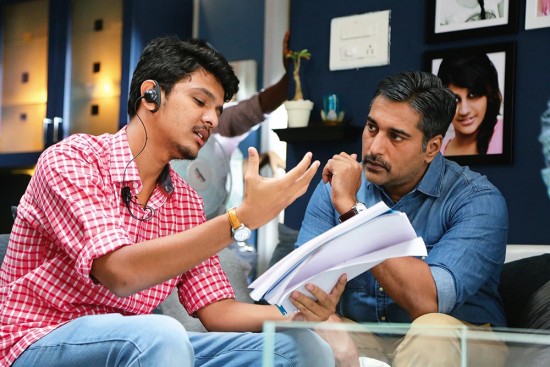 The characters in Dhuruvangal Padhinaaru (Sixteen Extremes) keep forgetting things. The protagonist, Inspector Deepak, forgets his mobile phone at his ­office. His understudy, the con­stable, forgets his cap at the crime scene. And the film’s director, Karthick Naren, forgot that he was just 21 when he shot this slick murder thriller.

Everything about his debut feature film released in December 2016, defies Karthick’s age and experience. A taut screenplay that time-travels from the present to the past with practised ease, the story, told through the eyes of different characters, rarely loses cogency and the narrative, with a montage of visuals, keeps the audience riveted to their seats. One would expect this kind of craft from a veteran with half-a-dozen hits—definitely not a debutant in his early 20s.