The prospects of the PM aspirants waiting in the wings 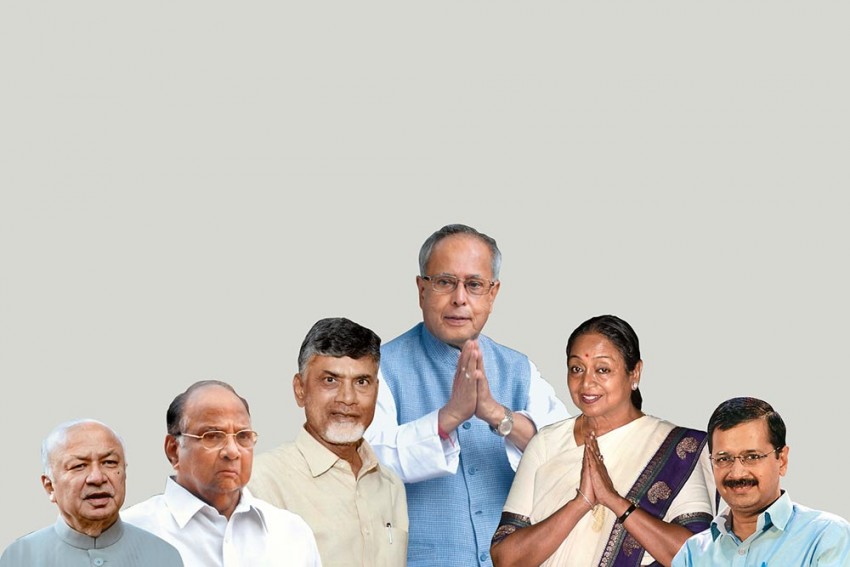 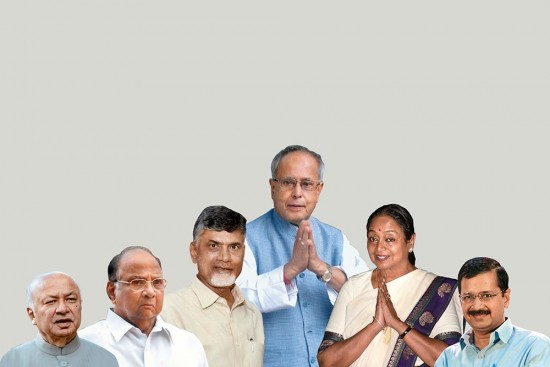 Making someone President of the republic is usually a good way to try and take someone out of politics. But then, how do you take the politics out of someone like Pranab Mukherjee? Trust the Congress veteran to have sensed a kind of vacuum in the leadership space—and bingo, he makes a canny move on the chessboard. And with that, talk is sparked off about who will be the next prime minister.

When Pranab addresses RSS functionaries on June 7 in Nagpur, he will straddle the very sharp ideological divide that is reshaping politics before 2019. The question is, while political watchers are predicting the BJP’s isolation, why is Pranab flirting with the RSS? The answer, that in politics dialogue must never break, is one not many in Congress are buying.

The other explanation is that Pranab is courting the RSS so they might prop him up as PM! His experience, negotiating skills and acceptability within industry circles are obvious pluses. Trouble is, the Congress has decided to be part of a coalition to counter the Modi juggernaut. “In this situation, what Pranab says at the RSS function, or what kind of dialogue happens there, does not really matter,” says a veteran Left politician.

Senior Congress leaders like P. Chidambaram have appealed to Pranab to speak in Nagpur only as an ideological opponent of the RSS. But the Pranab-as-PM gambit hinges on the presumption that the 2019 result will be so tantalisingly poised that the Congress may become unwilling to negotiate with a front. In that case, it is argued, every other formation would find Pranab acceptable. However, unlike 1996, when it gave outside support to the United Front, the Congress is willing to join a coalition in 2019.

Nevertheless, as in all previous instances of coalition formation, including 1989 when V.P. Singh became PM, dark horses add a dash of zing. And it’s not just the seats a party has that swing things. H.D. Deve Gowda was PM with only 16 Lok Sabha seats from Karnataka, thanks to support from heavyweights Laloo Prasad Yadav, M. Karunanidhi, Biju Patnaik and others.

Also, the Congress is positioning Rahul Gandhi as Modi’s chief opponent. If the party fares poorly and Rahul is ruled out, West Bengal CM Mamata Banerjee and the BSP’s Mayawati are in the wings—stated contenders both, not dark horses. But take Andhra Pradesh CM N. Chandrababu Naidu. “It will be a big deal for south Indian states to have a PM from the south,” says a veteran leader.

“Such decisions are based on a realistic assessment in which Lok Sabha seats have not been a priority,” says the leader, who has played a role in three previous coalition formations. “Today is a new situation and new political accommodations are taking place. Nobody thought Deve Gowda would become PM, but right now is too early to judge who it will be.”

The argument against Naidu is that “until yesterday he was with the BJP”. Yet, he has ideologically never aligned with Hindutva, plus his son Nara Lokesh may be ready to control the Telugu Desam Party in the state.

“Even Sonia Gandhi had tried for the PM’s post and that is when Manmohan Singh emerged as the choice. So we will have to wait,” says anot­her leader. Former MP Meira Kumar, whose ‘Dalit face’ status was tried in the presidential polls, is another possibility. She would also suppress Mayawati who, according to one Congress leader, has “perennial” prime ministerial ambitions—and has the voters to back her up.

READ ALSO: Who From The Opposition Will Take On The Prime Minister?

Delhi chief minister Arvind Kejriwal is a strong personality who has stood up to the BJP with an authentic persona and alternative politics. He, like Samajwadi Party’s Akhilesh Yadav, straddles tradition and modernity, a key facet in electoral politics. Even Manmohan Singh represents that bridge—Rahul does not. But whether Kejriwal’s Aam Aadmi Party can build bridges with other parties will be the question.

Nitish Kumar has squandered, to all appearances, his shot at ­eing the dark horse. “After his recent switch to the NDA, it would not be easy to build trust, though he himself may be uncomfortable with the BJP today,” says an RJD leader. How steeped in the RSS should the next PM be is a question before the BJP camp. To dark horse Nitin Gadkari, there exists a foil: External Affairs Minister Sushma Swaraj.