What kept us going was a challenging and exciting profession, which I felt was enough of a shield for me. 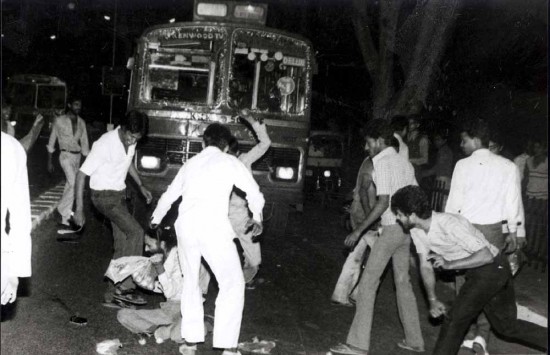 In my long professional career, covering two incidents amidst difficult circumstances is etched in my mind. One was the assassination of Prime Minister Indira Gandhi and the other the dismissal of Andhra Pradesh chief minister N.T. Rama Rao. Both happened in 1984 in a space of two months. Both were heads of state and charismatic leaders with a popular mass base and both had built up a personality cult around themselves. What happened to them had its own echo in the country.

There was a month-long political drama in August-September 1984 when NTR was dismissed and later reinstated by a rattled Indira Gandhi. Mrs Gandhi’s assassination in October was a shocking incident, resulting in the Sikh riots in Delhi. There was mob fury, violence, riots, curfew and arson in the aftermath.

I was a reporter in Hyderabad working for the UNI. It was not so dangerous for women scribes to work in the field, although we were only a handful. N.T.Rama Rao came to power riding on the slogan of “Atma gauravam” when Rajiv Gandhi insulted Andhra Pradesh chief minister T. Anjiah at the airport in 1982. By August 1984, his own trusted aide Bhaskara Rao got NTR dismissed with the help of the Congress and installed himself as a puppet chief minister. This naturally resulted in swelling of popular support in favour of NTR followed by a month long instability, curfew, violence and arson.

I had a rickety old Fiat, which I used to drive myself. My movements were restricted because of the curfew and there was an eerie silence in the capital with the army flag march. I used to leave home in the morning and invariably return after midnight during the entire month, spending most of the time going from place to place. Once I had to face an agitating mob, but fortunately a friendly policeman who had seen me around rescued me.