1984 Muck Sticks To This Lotus

The Congress throws political self-interest to the wind every time. Not contrition, not even evasion...it’s as if that dark past didn’t happen. 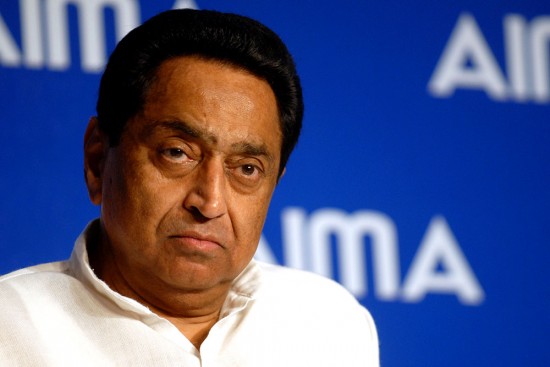 In November 1, 1984, some time after 2 pm, The Indian Express reporter Sanjay Suri headed to Gurudwara Rakabganj after hearing of trouble there. He found Kamal Nath leading a mob of about 4,000 while a police contingent headed by additional commissioner Gautam Kaul, first cousin to Indira Gandhi, stood by. Earlier in the day, the mob had burned two Sikh men to death. Their bodies lay there burning as the mob made desultory attempts to enter the gurudwara.

In his book 1984: The Anti-Sikh Violence and After, Suri points out that the mob was completely under Kamal Nath’s control and composed seemingly of Congressmen. Clearly, Kamal Nath stayed there for several hours without attempting to disperse the crowd. He also made no attempt to ensure the bodies of those burnt to death were carried away by the police, or handed over to their kin in the gurudwara. In the context of the massacres of 1984 and 2002, this was the one clear incident where a credible witness could point to a senior politician’s presence at the head of a mob of party workers at the scene of the violence.

Given this background, it is difficult to imagine why the Congress app­ointed him the Punjab in-charge for the coming assembly elections in the first place, a dec­ision they were forced to rescind. According to former CM Amarinder Singh, he was “appointed party in-charge (of the state) by the party president...” This answer takes us to the heart of the matter. Sonia Gandhi took the decision overlooking Kamal Nath’s past, choosing to illustrate how the Congress is unli­kely to ever be apologetic about the 1984 violence.

The violence against the Sikhs ended in the first week of November 1984 and even then it was clear to the public that, at the least, a number of mid-level Congress partymen had instigated and led the...