Everyone gets hit by bullet or shrapnel today. Here’s when Outlook got trolled. 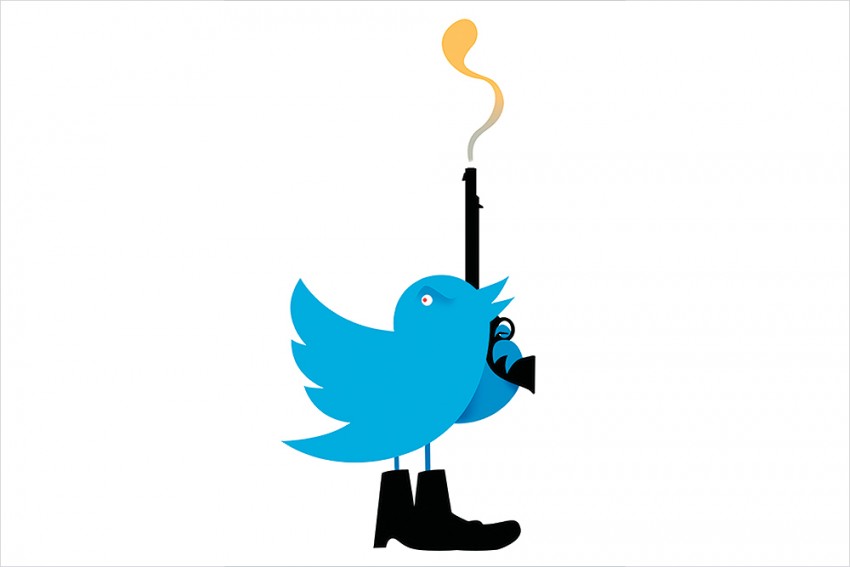 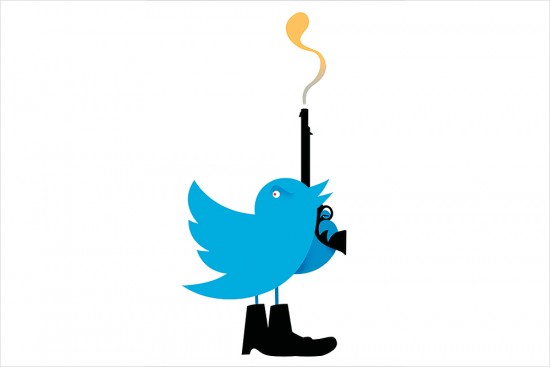 The internet idealism of the 1990s was perhaps born out of a very naïve optimism. Everyone those days spoke like a digitally enabled beatnik. The new medium was itself the message. It was going to be constituted and governed by their principles: essentially non-materialistic, democratic, a world away from the wolves on Wall Street. No vested interests, no cigar-chomping media barons guarding their empires, pulling off a murder or a riot just to break the news and sell copies. The revolution was going to be webcast. People would wage peace. Knowledge was going to be freely shared in verdant commons. In the middle of it all, strumming a guitar, would be Lennon’s statue.

This world of milk and honey was never born. Instead, we see an orgy of war. Online spaces have invented a whole new cult of collective violence: every day it demands a new sacrifice, a new voodoo doll. Bodies lie strewn around these blood-spattered white screens, in pain, in shock or in rigor mortis. There was a time when trolls could be seen as fringe pathogens. Even that was a time of innocence. We are all trolls now. Snark is the new lingua franca, the online Esperanto. And schadenfreude is our prime driver. We all go online to see some character assassinated, some strange new fruit swinging on that poplar tree.

A print magazine offers a self-ironic ledge from which to survey the landscape (and the damages). Print is dead, they say, so it feels like the corpse cutting up a living, breathing body for the autopsy. Outlook, moreover, was born in 1995, the same year the internet came to India—that doubles the irony content. Still, it was with a knowing smile that we saw the vested interests move in and entrench themselves. The biggest online players today are not creatures born to immaculate digital conception. They are the same old same old. The new la-la land attracted every old lala in town; they all carved out large portions of this terra incognito and planted flags.

And now, all of us find ourselves on this runaway train. There are no harmless jokes here, no random solecisms. Everything is said with design, nothing inadvertent. This magazine got the opportunity to observe things more up close than it may have wanted in recent years—in fact, going from observer to participant to victim, the whole gamut. The present editor-in-chief’s takeover became the occasion for some online roasting. Things were read into it, political things to be specific. Exhibit A was a cover story we had published, Operation Baby Lift, that suggested the RSS stole children and converted them. Surely, an editor’s exit thereafter had to be blowback. Except, it wasn’t. (Any future court that may want to adjudicate on the issue will take as admissible evidence an appointment letter dated July 26, 2016, three days before that issue hit the stands. Icons of science may be endangered in India these days, but not to the extent that Newton’s law can be inverted and reaction can precede action.)

But facts are only a minor inconvenience in the brave new world. A friendly news website had that ‘story’ up pronto: autophagy is common in media, nothing sells like news on news. In a trice, all interested tweeple had consumed it with relish. (It was trending all day on August 13, 2016, what with two voluble opposition party spokespersons tweeting it.) Attacks are not good enough if they’re not ad hominem these days. For the Klan, someone being Black is enough reason to put a bullet between his eyes. For homegrown talent, being Muslim suffices to pull a young man off a train and lynch him. Just being Dalit can open up a rich menu of ways to attain a degrading death. A new breed of online Dalit radical prefers intellectual murder: being savarna renders someone’s words wholly illegitimate. For militant atheists, even a diya must be extinguished. The essential move now is not to debate or converse, but to strike at the fundaments of your interlocutor’s reason for existence. For media, it’s credibility. Casting an editor’s appointment in grey suffices to annihilate that quality for the magazine itself. Anyway, friendly messages were sent—and the website editor, a reasonable, amiable man who likely had no hand in it, readily agreed to take it down. But as my editor told me, “There is no one who knows me who has not read that story.”

Fake news is not just a thing, it’s the zeitgeist. Mass credulity is its lifeblood. Does it somehow thrive better in this new ecology? Is consuming print media—reading a newspaper sitting next to a window in a quiet room—a fundamentally different experience? Witness the echo chamber effect of social media, the way those intersubjective spaces factory-produce zones of total unanimity (even if their satraps are in a thousand-year war). New media samurais who go, “Print is not dead yet? So let’s kill it”, might want to pause and ponder. Why does print, even with its biases, fail to manufacture consent with that same efficiency? Consumed in isolation, it tends to become a reflective space. Alive to nuance, to countervailing fact, to reasons for scepticism.

The Troll Destroys The Other