A steam train chugging through the countryside on its way to the Ribblehead viaduct, Photo Credit: Ayon Mandal
Home > See > Story > Steam trains of Great Britain in pictures

Relive the romance of steam trains in the land of its origin--Great Britain. Text and photographs by Ayon Mandal

For more than a century, mystery writers have been drawn to trains, railways and stations—probably because they are such wonderful settings for a crime. Sherlock Holmes and Hercule Poirot had travelled (and even solved mysteries) aboard famous trains. E. Nesbit captured the romance of the railways in his classic The Railway Children. Back home, in Satyajit Ray’s Pather Panchali, young Apu and Durga are intrigued every evening by the sound of a distant train’s whistle. One day they run away from home to catch a glimpse of their mysterious train and arrive just in time to see a huge engine puffing out a thick trail of steam as it disappears into the horizon. No wonder with the revival of period films and television dramas, the last few steam engines still left in India are in great demand to recreate the nostalgia of a bygone era.

I have always been fond of travelling in trains. But each journey has been out of necessity rather than for pleasure and, alas, that makes me only a plain railway passenger and no railway enthusiast. In fact, till a few years ago, I had never even seen a steam train. The only rare glimpses of steam trains were on the television screen—that famous shot from Pather Panchali—and the documentary Great Indian Railway. It truly revealed the romance and nostalgia of steam and nudged a dormant interest in me. An interest that was awakened one fine Sunday morning upon hearing the whistle and then seeing a steam locomotive.

It was by sheer chance that the steam train happened to me that Sunday, at Bristol’s Temple Meads station, several summers after I saw the documentary. I had gone to the station to catch a train to nearby Bath and stood awestruck as an elegant steam engine, complete with carriages, gently rolled away from the opposite platform as a guard waved a green flag. There was something in the sound of the whistle, the smell of coal and the sight of steam that made me rather wistful.

I did a detailed search on the internet that evening, and I was hooked—for life, I realise now—to steam trains. The next Sunday found me near the Ribblehead viaduct in North Yorkshire. I stood there in the rain, waiting for the Cumbrian Coast Express to pass me on its way to Carlisle in Cumbria. The Ribblehead viaduct, itself an engineering masterpiece, majestically graced the lonely, hilly countryside inhabited by Swaledale sheep. My patient wait was in due time rewarded with the glorious view of a cloud of white steam and the sound of a long whistle, as a steam engine elegantly climbed the viaduct, pulling a few carriages along. I secretly envied the passengers seated inside the Pullman dining cars, possibly being pampered with a full English breakfast served at their seats as the placid English countryside rolled by their windows.

What followed the Ribblehead experience was a series of visits to different locations in search of steam. Slowly a new world opened up in front of me—the world of Britain’s steam enthusiasts. This strong community, I learned, has been instrumental in the reopening of several closed-down lines. Their relentless support has also helped revive the commercial operations of quite a few dedicated heritage railways like Severn Valley Railway, North Yorkshire Moors Railway, and the Great Central Railway. There are many steam railway clubs as well, engaged in modelling, field visits, photography, reading, films and research dedicated to the objects of their affection. I was amazed to find that there are more than a dozen periodical magazines dedicated only for this special interest.

In India too, steam engines are being overhauled at Rewari in Haryana and the Rewari Heritage Steam Locomotive Museum is triggering interest among rail enthusiasts. Also, one of the last surviving steam engines of Rewari Loco shed, Akbar, is making occasional special journeys along the Delhi-Alwar-Rewari route. Akbar has made several Bollywood appearances too. These days I often find myself dreaming of the day when a ‘Pather Panchali Express’ will gently roll out of the red building of the Howrah station, puffing a cloud of steam on its journey to the Chhota Nagpur Plateau. I bet there will be thousands of Apus and Durgas of all ages present at Howrah with mouth wide open to witness that event. 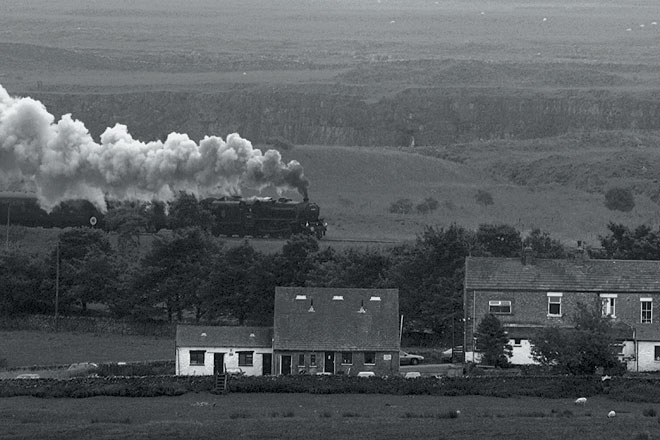 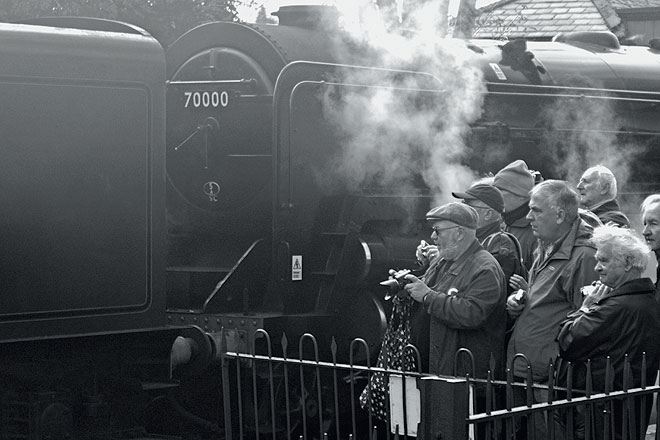 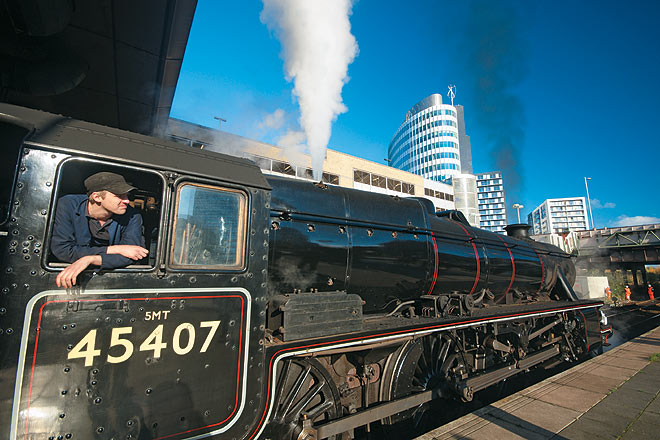 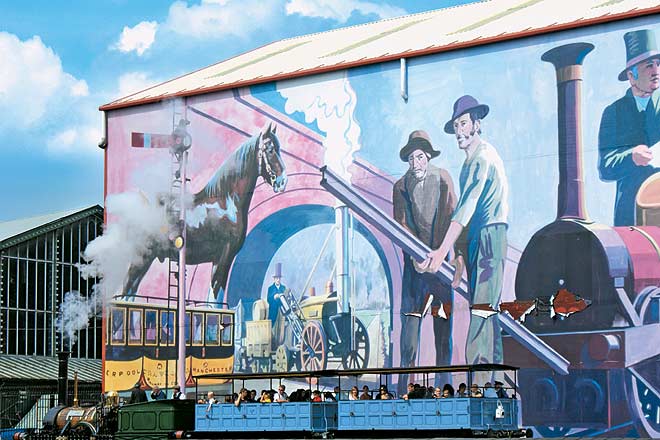 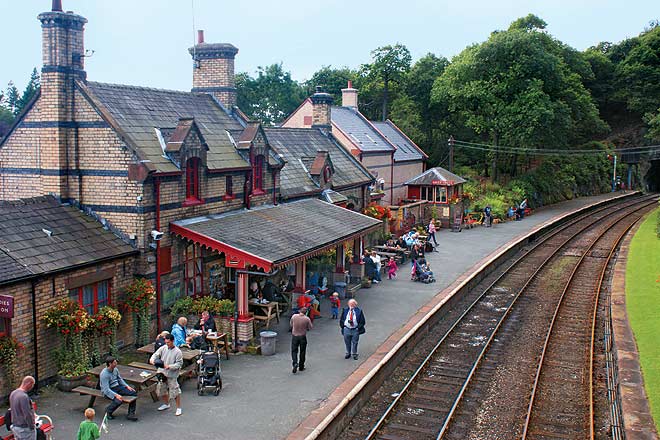 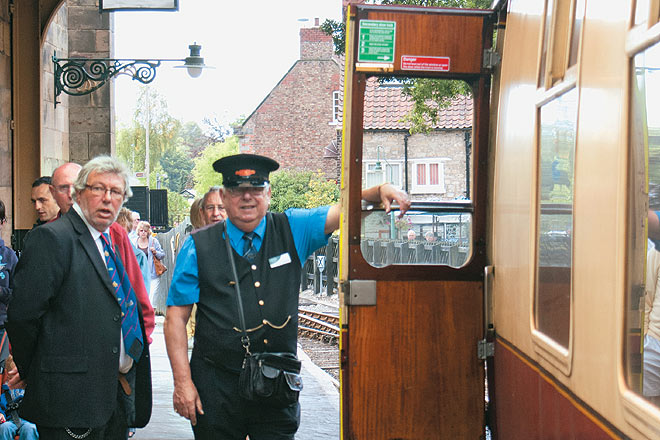 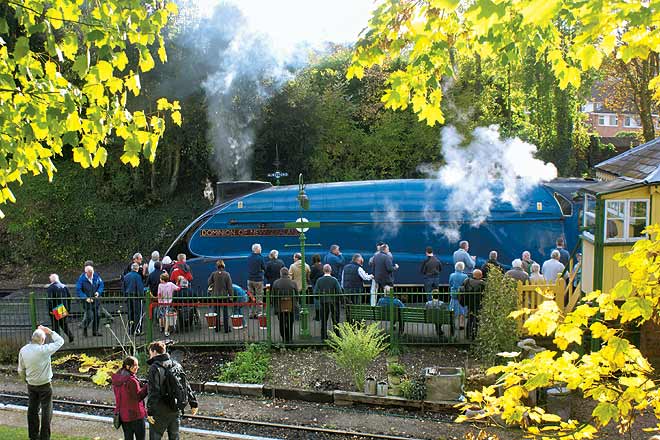 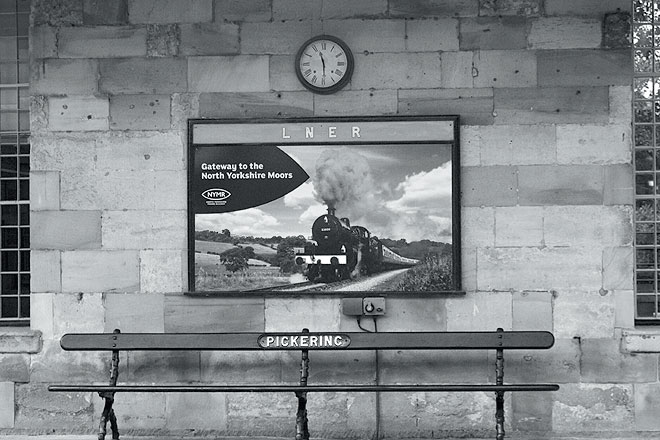 The forest in the city: Sanjay Gandhi National Park

Walk along the lesser frequented jungle paths and get close and personal with nature at Sanjay Gandhi National Park (SNGP) or Borivali National Park in Mumbai (Maharashtra). Text and photographs by Sunjoy Monga.

In Pictures: Diving Into Infinity

Blurring the lines between man-made and natural, these infinity pools let you... In Pictures: Diving Into...

The Land of White Orchids: Kurseong

Tucked away in the interiors of Darjeeling, this quaint little town is the... The Land of White...