30% Rise In Money Laundering Activity In Crypto In 2021, Finds Study

30% Rise In Money Laundering Activity In Crypto In 2021, Finds Study

Money laundering has been the most prominent crime in cryptocurrencies in 2021, finds a Chainalysis study. Defi has received the highest amount from illicit sources.

Money laundering activity is one of the most prominent crimes in the crypto market and has spiked nearly 30 per cent between 2020 and 2021, states the preview of a report, 2022 Crypto Crime Report, by blockchain data firm Chainalysis. The preview was released on January 26, 2022.

With growing number of investors in the crypto market, there has been an alarming rise in various types of cybercrime, find various reports.

As the Chainalysis report suggests, moving ill-gotten funds to a safe place, so that they can eventually be encashed, has been the common goal of the majority of the cybercriminals dealing in cryptocurrency. This is evident from the transaction of billions of dollars’ worth of cryptocurrency from illicit addresses every year.

With cybercriminals laundering $8.6 billion worth of cryptocurrency in 2021, there has been a spike of nearly 30 per cent in such illicit activities between 2020 and 2021.

The study finds that these days in darknet market sales or ransomware attacks profits are virtually always derived in cryptocurrency rather than fiat currency, thus contributing significantly to the spike. Although such laundering activities are on the rise recently, cybercriminals have laundered over $33 billion worth of cryptocurrency since 2017, so the practice of using crypto platforms has been there for quite some time. 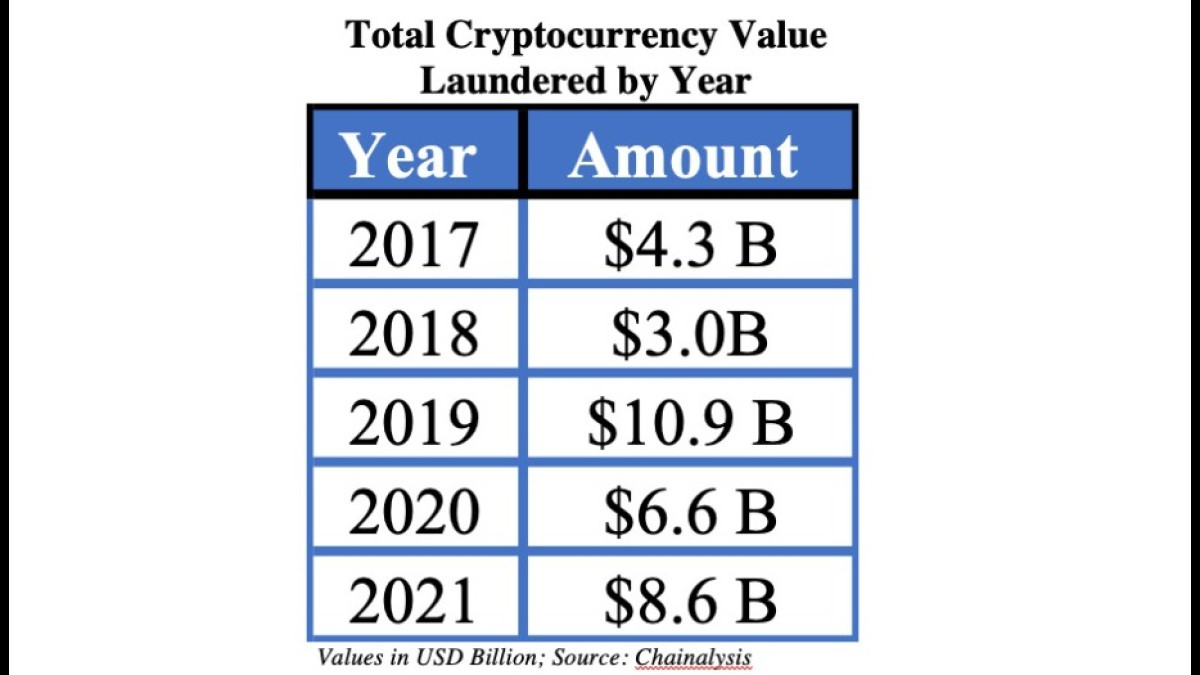 Shiba Inu Falls Over 32% In A Week: What Makes Dog-Themed Crypto Coins Volatile?

Criminals explore a few cryptocurrency services for their money laundering activities and as the study suggests, DeFi seemed to be the preferred service for most of such illicit and illegal activities. Previously, central exchanges used to receive the majority of funds sent by illicit addresses. But in 2021, DeFi became the preferred service as it received 17 per cent of all funds sent from illicit wallets in 2021.

With inflow of a total of $900 million in 2021, there has been a 1,964 per cent year-over-year increase in total value received by DeFi protocols from illicit addresses.

Just like the criminals target specific crypto services for their illicit money laundering activities, similarly, they do the transactions using only a few crypto coins. While the highest share of all illicit transactions was received in Altcoins, it was least for Bitcoins. 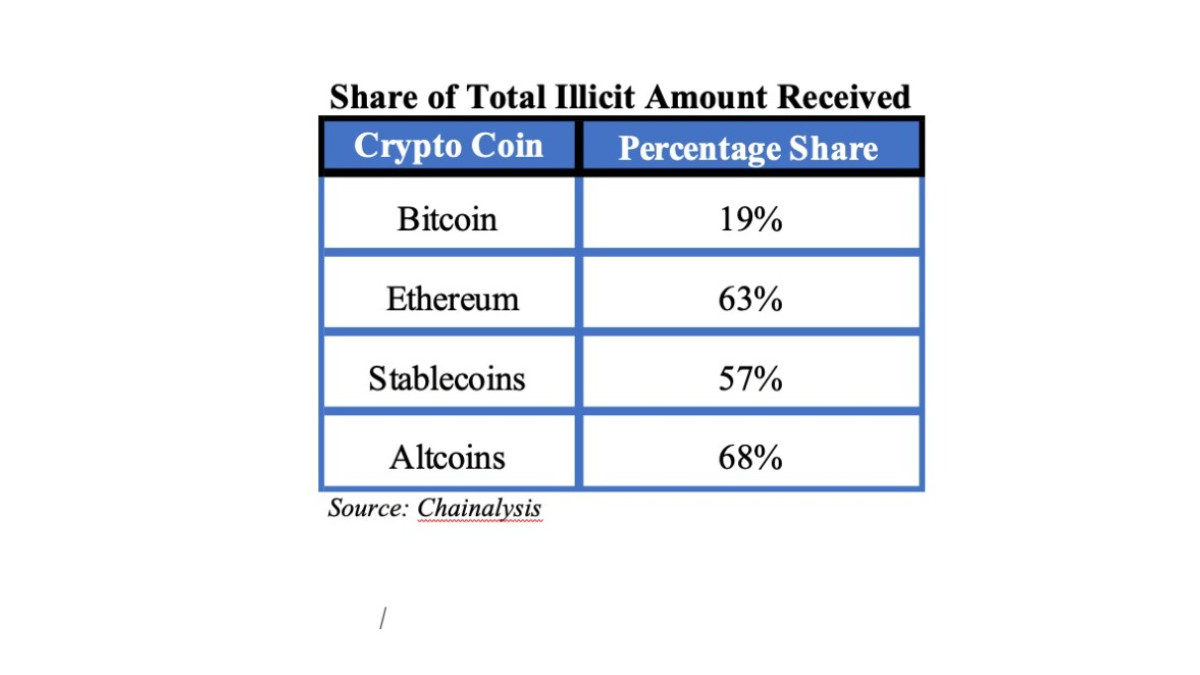