In the lush jungles of Madhya Pradesh, where the striped cat sits atop the food chain, birds, bugs, and butterflies perform magnificent feats mostly unseen by humans. These are the small stars of the forest, found across Bandhavgarh, Kanha, and Pench National Parks.

After mating, a female giant wood spider often eats the males of the species, who are less than a tenth her size
Abhinav Kakkar

Massive webs of the giant wood spider are built between six and twenty feet high, and often stretch between three or four trees

Gossamer webs stretch between the sal trees, between six- to twenty-feet high. At their centre, the palm-sized, yellow-speckled female giant wood spider sits, surrounded by tiny red suitors, lingering on her web’s edges. Male spiders, less than a tenth of her size, wait for her to feed on trapped insects. When she’s busy with a meal, they rush in to mate, and scuttle away, because a hungry female spider often consumes the male after copulating.

Globe skimmer dragonflies undertake a stunning 16,000-kilometre round-trip each year, crossing the ocean from India to Africa and back as they follow the wet season
Abhinav Kakkar

The end of the monsoon sees swarms of red, gold, and brown hued dragonflies in Madhya Pradesh, hovering over pools of fresh water

The end of the monsoon sees swarms of red, gold, and brown hued dragonflies descend on Madhya Pradesh, chasing the monsoon in search of rainwater pools to breed in. In one of the longest known insect migrations, these thumb-sized creatures hop continents, crossing the Indian Ocean, from Africa to India and back, in a stunning 16,000 kilometre round-trip each year.

Lesser Adjutant Stork: The Forest Cleaner
Up to four feet tall, with spindly legs, a bald head, and a few ruffled feathers on a scrawny neck, the lesser adjutant stork is a rare bird. Naturalists say the stork is like a bent old man, but there’s a reason for its naked head. Apart from feeding on reptiles and small animals, this bird is also a scavenger that feeds on rotting carcasses, keeping the forest clean and free of disease. To avoid infection from bits of carrion getting stuck in its feathers, the stork simply has none on its head.

Greater Racket-tailed Drongo: The Theatre Artist
The glossy, ebony bird is easily identified on sight, with its two dangling tail feathers, distinctly resembling badminton rackets. Identifying it by its call, however, is a tough job even for avid birders. A great mimic, drongos imitate the calls of other birds, the sounds of the forest, and even squirrels. Often, they mimic a bird of prey like a serpent eagle, to scare off smaller predators, or to keep a share of insects all to themselves.

Milkweed Butterflies: The Romantics
It may be odd to see a group of butterflies settled on wet mud instead of hovering around flowers, but chances are, they’re “mud-puddling”. Milkweed butterflies absorb minerals and salts from mud, where animals may have relieved themselves, enriching the soil with nutrients. Often, male butterflies present these nutrients to females, in an act of courtship, as the flower nectar they feed on lacks essential minerals.

The forest’s smallest inhabitants, like this beetle, are most visible just after the monsoon, when the foliage presses in on the safari trails
Abhinav Kakkar

Termite mound in Kanha National Park. Termites dispose of dead trees and help keep the forest clean. Unlike in your home, termites in a forest are indicators of its good health 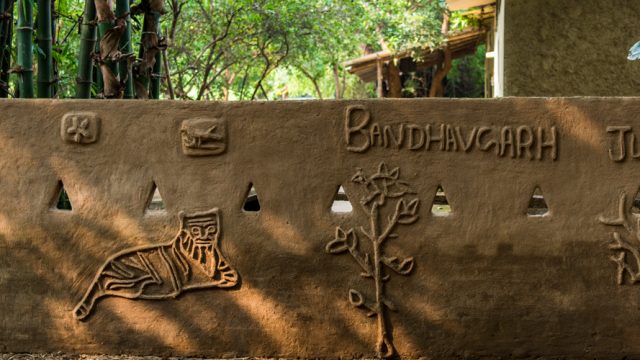 A Home in the Wild

Rustic comforts and stories of the wilderness at... 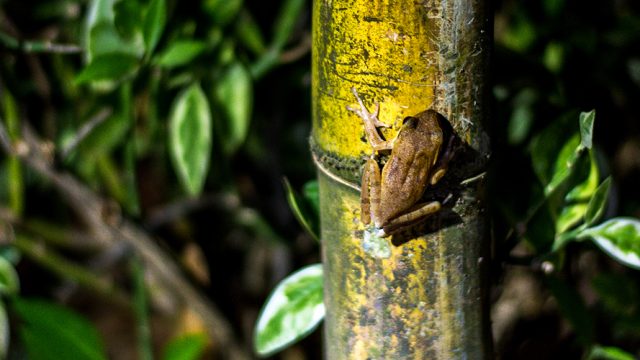 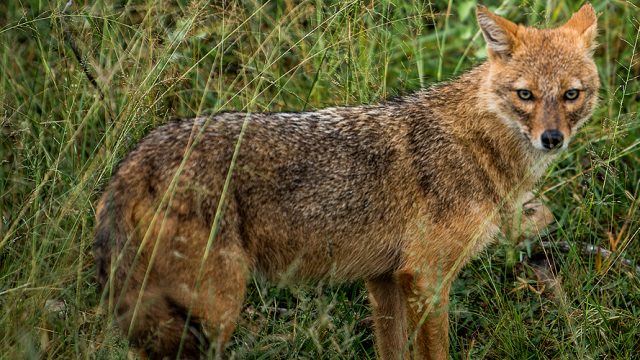 Madhya Pradesh: Beyond the Tiger

Tourists obsessed with tiger-spotting often miss out on the...