The iconic ramparts of Gwalior Fort encompass many palaces, temples and monuments. Very few, however, have the range of Man Mandir Palace, both for its audacity of architecture and for its widely fluctuating history. Built by the Tomar king Raja Mansingh (1486-1516 CE), a great patron of architecture and music, this mahal is a remarkable example of old Hindu architecture. Built along the outer wall of the fort, the palace looms over the cliff at about 300ft.

On the exterior, the walls are inlaid with enamelled blue, green and yellow tiles, mosaics of men, birds, elephants, crocodiles, tigers and trees… much of the enamel has fallen off leaving the rosy sandstone exposed. The almost ‘painted’ look brought Man Mandir its other name: Chit Mandir or Painted Palace. Today, a still-intact row of yellow ducks is one of the most-photographed details of the walls. 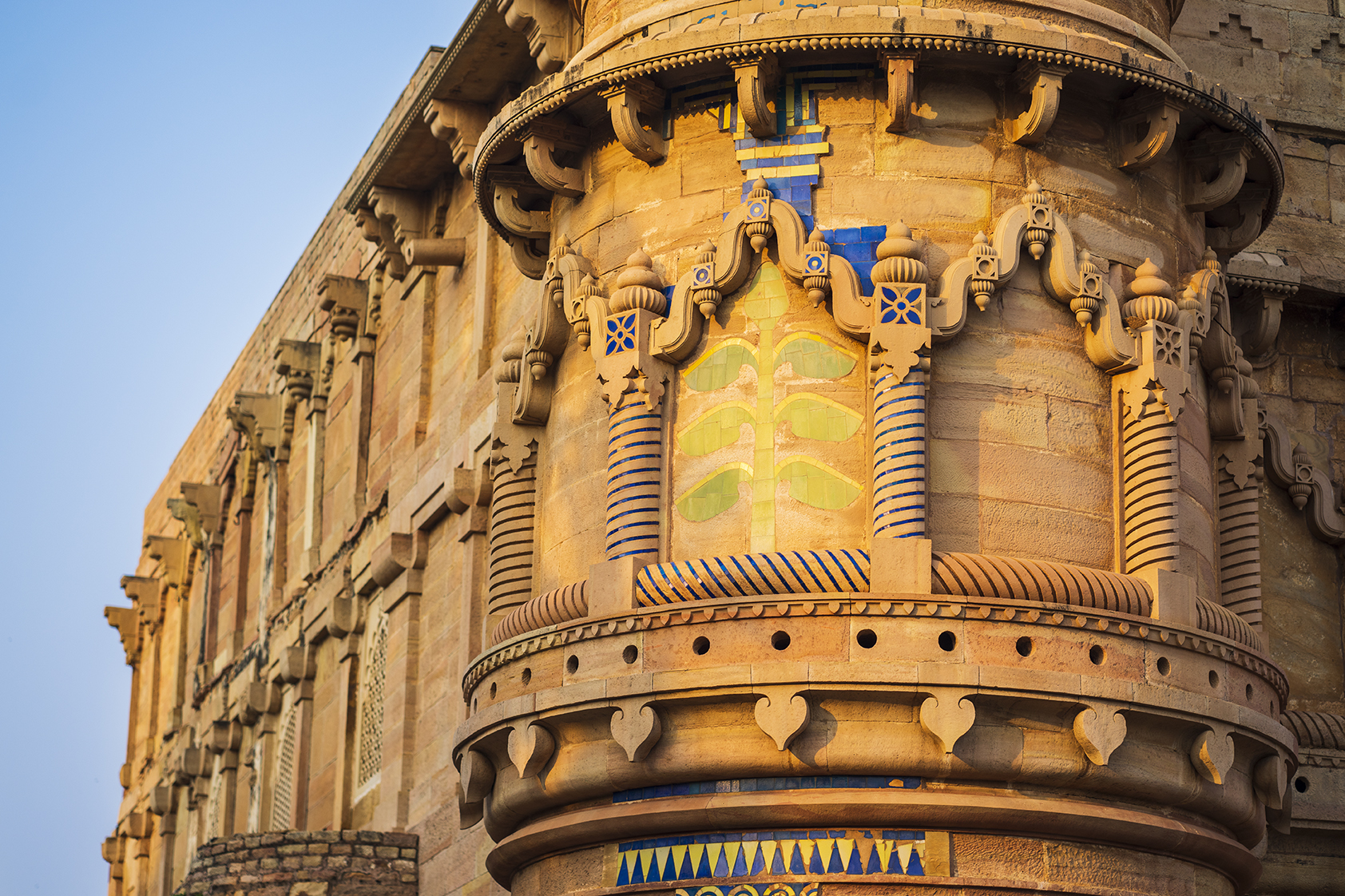 There are four storeys to the palace – two underground and two above. The ‘ground’ floor or the third storey has two open courtyards surrounded by various chambers, decorated pillars, brackets and stunning fretwork. However, it is the underground chambers that are really astonishing. With numerous passages, staircases, apertures and rooms, this is a veritable labyrinth. Ingeniously placed windows and ventilators gave the rooms their supply of light and fresh air, and were said to have protected the inhabitants from extreme summers. There is a fascinating communication channel running through the levels which made it possible for people to speak through pipes in the walls. These walls have seen much culture and music being encouraged. The Tomar queens lived here and spots like Jhulaghar (the swinging room) and Kesar Kund (Kesar pool) show us that the ramparts must have echoed with sounds and gaiety. However, at the other end of the spectrum, the palace has a dark history. After the Gwalior Fort was captured by the Mughals in the 16th century, the mahal itself was converted into a dungeon and chambers of torture. It was here that Jahangir imprisoned the Sikh spiritual master Guru Hargobind, and it was here that Aurangzeb imprisoned and later executed his brother Murad.

A place that has seen much life lived within its walls, a place redolent with history.

Carry a torch when you enter Man Mandir. There are several dark passages, narrow staircases and tunnels.